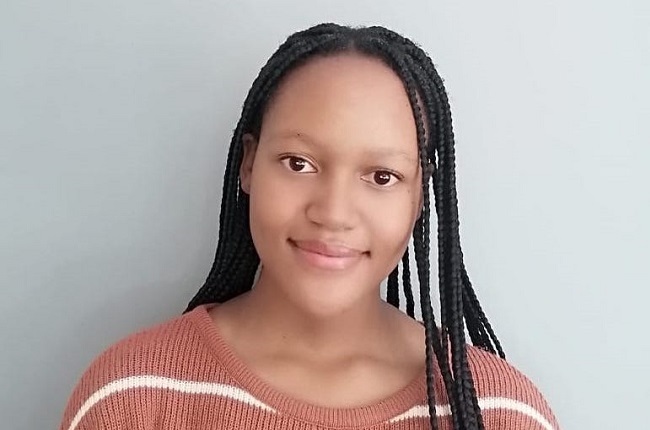 Winning a Science Expo award in the middle of a pandemic is a significant accomplishment for any high school pupil. But when you throw homeschooling into the mix, it becomes that much more impressive.

This is the case for homeschooler Relebohile Mosea, who comes from Bloemfontein in the Free State.

Mosea started homeschooling, through Impaq, in the second term of 2021. Because she is self-disciplined and self-driven her parents thought that it was the best move to put her in an environment where almost everything is self-driven.

The young scientist went on to win a Gold Award at the provincial round of the Eskom Expo for Young Scientists which took place early this year.

On top of that, she received an Honorable Award from the Eskom Expo for Young Scientists International Science Fair for her project entitled ‘A Novel Approach to Vaccine Development.’

In an interview with News24, Mosea told us that the Science Expo allowed her to showcase her innovative side.

“I very much enjoyed the science expo. What I enjoyed most about it was that I got to not only showcase my innovations throughout the years, but also compete with other young scientists on the continent,” she shared.

“Being surrounded by other incredible young scientists and learning from them when participating in the competition was remarkable,” she added.

“I started participating in 2019, and I received a Gold Award at the provincial level of the Eskom Expo for Young Scientists and the Best Energy Project Award for that year,” Mosea told us.

Her project that year was to develop a Dual Energy Power Bank and this led to her participation at the Eskom Expo International Science Fair, where she received a Bronze Medal.

Mosea stood out to the judges and panellists because her dual-energy power bank project addressed critical social challenges facing our country and the world, such as load shedding and a lack of electricity supply in some parts of the country.

She entered the competition again in 2020 and won a training course to improve her innovation skills.

She improved her skills and went to competition again in 2021. There she received the Highly Commended Project Award for a project on nanotechnology-based capsules, which she developed further and won the Gold Award at the provincial round of the Eskom Expo for Young Scientists during this year’s Expo. The nanotechnology-based capsules were developed as a potential solution for the Covid-19 virus.

Nanotechnology has been used effectively to diagnose and treat diseases such as cancer and tuberculosis. Mosea plans to implement this technology for Covid-19 and see how far she can use it in terms of vaccine development.

The young scientist hopes to build a prototype of the capsule for her project and put it to the test so that she can solve the scourge of Covid-19.

Share your stories and questions with us via email at [email protected] Anonymous contributions are welcome.

For a weekly wrap of our latest parenting news and advice sign up to our free Friday Parent24 newsletter.