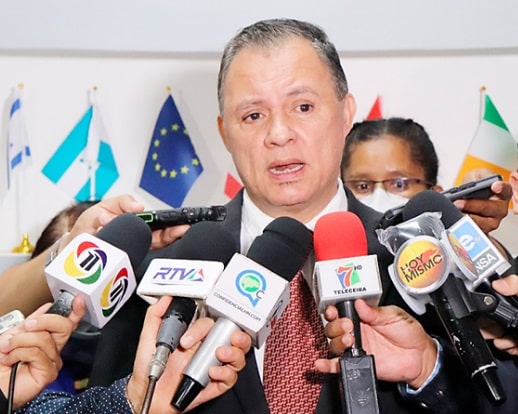 tegucigalpa – Honduras will open four more consulates in 2023 in the United States, one of the countries where most Honduran immigrants live, and one in Spain, Tony Garcia, vice chancellor for consular and immigration affairs, said Wednesday.

“We’re going to have one in Phoenix, Arizona. We’ll have a new one in Denver, in Orlando, and we’re looking at another one in Pennsylvania or in Virginia,” Garcia said.

The diplomat also announced that the Honduran consulate in Washington would be moved to Alexandria, Virginia.

The relocation is due to the fact that “there are very few Hondurans in Washington and the rent is quite expensive, it would be 25 minutes away from Washington,” Garcia explained.

According to the Ministry of Foreign Affairs, Honduras has 14 consulates in the United States, where more than a million Hondurans live, including legal and undocumented residents.

Garcia indicated that Honduras would also open a consulate in the Spanish city of Girona next year.

“Girona is the city with the highest number of Hondurans per capita in Spain,” he said.

The Honduran government will also increase the number of its staff at consulates from nine to 14.

According to official statistics, 84.3% of remittances received by Honduras were sent by compatriots living in the United States and 9.9% in Spain.

The central bank said most households in Honduras, a country of 9.5 million residents, receive this money, using it mainly to pay for food, health services and education.

They represent about 20% of Honduran gross domestic product (GDP) and have become one of the main livelihoods for many Honduran families.

According to the Central Bank of Honduras (BCH), remittances are the country’s main source of foreign exchange, on top of exports such as coffee, maquila products, shrimp and others. AG