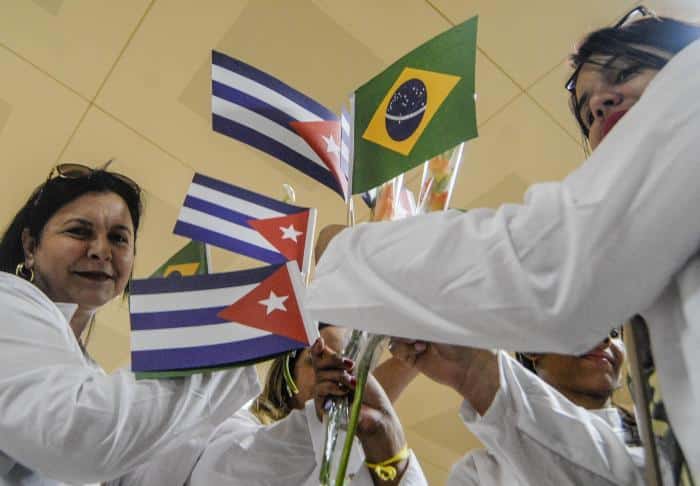 Caracas, Venezuela.—Sometimes Dr. Erik Mendez Rodríguez, captain of the Cuban Medical Brigade in this capital, feels like he’s rediscovering the neighborhood of Capivari da Mata in Brazil when he walks to and from a Caracas suburb. Used to be.

The doctor went back from there one day, without returning to Cuba at that moment, if he wished, or the Cuban authorities, or those who live in that peripheral urbanization of São Paulo, in the municipality of Ituverva, always Brazil experienced an oasis of social sensitivity, except for the poorly protected, with the governments of Luiz Inácio Lula da Silva and Dilma Rousseff.

Eric Méndez stayed at Capivari da Mata for eight months. With his presence there, and based on a humanitarian and professional dedication that had not been seen in the city of Marras until then, he and 11 other colleagues on the island stole the Capivarian affection.

how people reacted at first; A foreign doctor, neglected by compatriots of health in that place, is almost always reluctant to live where the people who most need this service, but who have little or almost nothing to pay for it ?

No, Capivari da Mata and small towns like it, which number in the thousands in Brazil, are forgotten, lost in the country’s vast geography, not good for profiting from medicine, and that’s it, sadly. is, the object of many who leave the universities, here or there, with an eye on metropolitan groups and institutions in which a patient, rather than a client, seeks relief for his illness, and is treated as such goes – to mark the distance and gap between the victim and the doctor.

Conservative data include at least 800,000 Brazilians who were never able to access a service as important as health when Lula ascended to his first presidency, and never before his more doctors program.

Más Médicos came to light in 2013, involving more than 8,000 Cubans and colleagues from other countries, reaching remote enclaves where human pain claimed, and improving health indicators in the South American giant.

Five years later, Jair Bolsonaro came to power, and because of the offensive statements, threats and slander against the professionals of our country, who worked in solidarity in Brazil, he was left with no choice but to return to the island.

Later, the Pan American Health Organization warned, based on a study, that the departure of Cuban personnel could have an impact of 37,000 to more than 40,000 deaths of children under the age of five in Brazil by 2030.

Such predictions hurt Cuba; They hurt Erik Mendez and his allies who, like him, knew that country and touched its soul. So, they are comforted by a recent announcement by a Brazilian health official: “The agenda for rehiring more doctors is urgent.”

Now on a mission through Venezuela, the doctor imagines his compatriots on the streets – stretches of red clay, stretches of boulders – of Capivari da Mata, on their way to the medical post, or to a house where a sick person calls. His.

Méndez Rodríguez believes in the second rescue of a young Caprivian who was snatched by the Cubans from the arms of drug addiction, only to fall into it again when he no longer had the island in hand. Eric does not doubt that Roberta Alves da Silva, the sixty-year-old who cried for Cuba’s departure, will smile again with Lula da Silva’s Brazil.