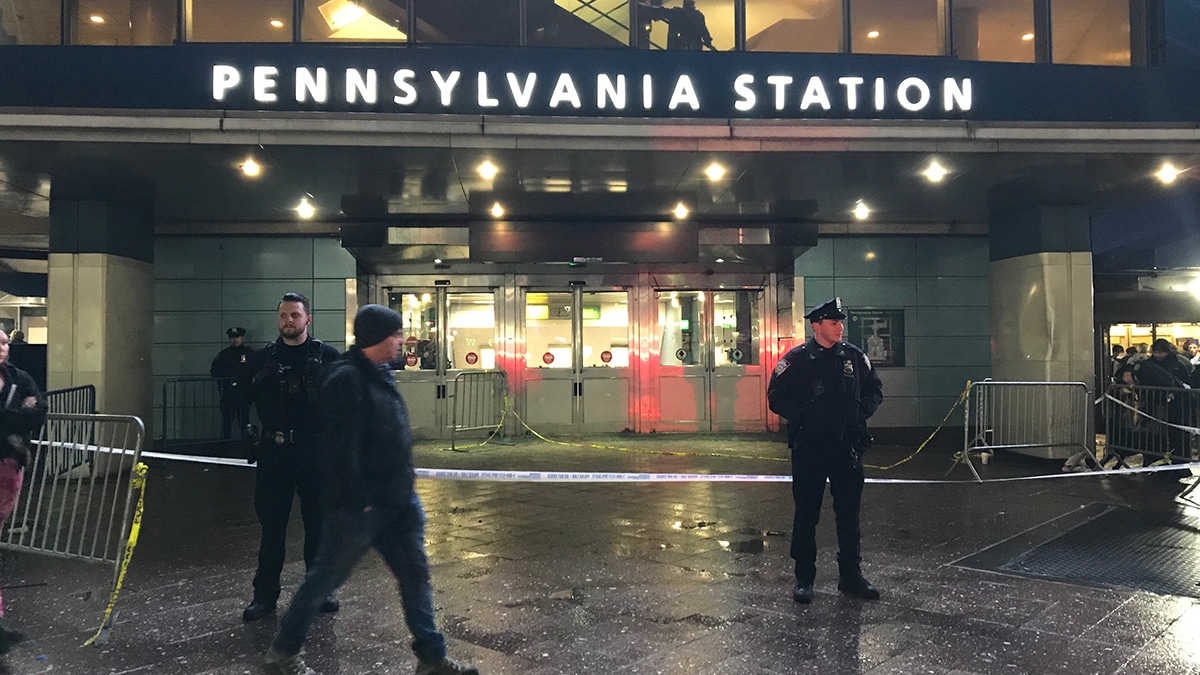 NEW YORK — Two men arrested last month in New York City’s Penn Station, described as a “developing threat” to the Jewish community, have been charged with weapons, conspiracy and making terroristic threats to a defendant in the case has gone. In the case, the Manhattan District Attorney’s Office announced Wednesday.

Christopher Brown of Aquebogue on Long Island and Matthew Maher of Manhattan were stopped at the bustling transit center on Saturday, November 18. According to the indictment, Brown had a backpack, from which MTA police recovered a swastika bracelet, a knife, and a ski mask.

Earlier in the day, Brown allegedly posted threats against the Jewish community on Twitter. One included a threat of gun violence, while another said, “This time I’ll really do it”, according to the indictment.

He also allegedly paid Maher $650 to obtain a gun in Pennsylvania for use in the planned attack. Prosecutors say that weapon was later recovered in a backpack at Maher’s apartment. Also found there, according to Manhattan prosecutors: an extended magazine and 19 rounds of ammunition.

“Through diligence, hard work and coordination between my office and our local, state and federal law enforcement partners, a terrible tragedy was prevented,” Manhattan District Attorney Alvin Bragg said in a statement. “An increase in anti-Semitic attacks and threats cannot and will not be tolerated.”

“Through the collective and focused efforts of the NYPD and our many law enforcement partners, we were able to discover, investigate, and most importantly, stop the threat to our Jewish community,” Sewell said. “We will never tolerate hate in our city, and we promise to hold accountable anyone who threatens the safety of our diverse population.”

It was not immediately clear whether either man had pleaded guilty at Wednesday’s hearing, nor was information about their attorneys clear as of Wednesday afternoon.