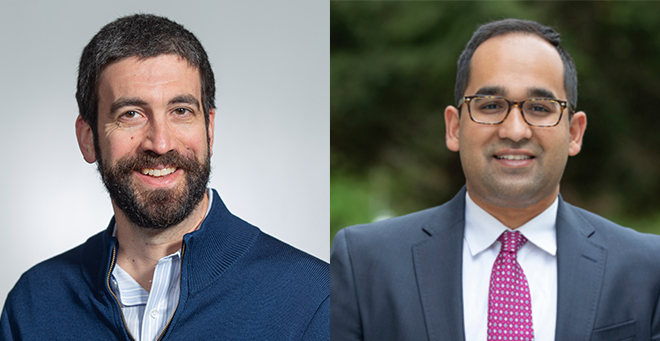 As of May 2022, the US is experiencing a further increase in the number of COVID-19 cases. High rates of infection in Europe and Asia, as well as the continued emergence of new sub-variants such as Omicron BA.4 and BA.5, raise concerns that another surge is on the way.

Even though the demand for COVID-19 tests was much higher than the supply earlier in the pandemic, rapid home tests are more available today. While home tests provide a quick, accurate result, the flip side is that many test results are no longer reported to health officials. The power behind widely available over-the-counter testing is that people can quickly and easily know their infection status to prevent the virus from spreading to others.

We are part of a team at UMass Chan Medical School that has been studying COVID-19 molecular, or PCR, and antigen test performance over the past two years. During this time, we have helped many companies go through the Food and Drug Administration’s emergency use authorization process and generate the data needed to move their products into commercial development.

We’ve also conducted large-scale, real-world studies to understand how over-the-counter rapid tests perform compared to PCR tests in detecting different types of SARS-CoV-2, the virus that causes COVID-19. causes 19, including people. without symptoms. We also studied whether the mass distribution of rapid antigen tests before a surge helps contain the spread, and whether users of these tests are likely to report the results to health departments.

These studies are beginning to provide researchers like us with evidence about how these tests perform and how we can use them to make the best public health recommendations going forward.

When the Omicron variant emerged in late November 2021, scientists reacted quickly to determine how to conduct PCR and rapid tests against this new variant.

Researchers have demonstrated that an infected person will test positive in a PCR test one to two days before an antigen test. This is because a PCR test works by amplifying the genetic material in a sample and is therefore capable of detecting very small amounts of viral material. In contrast, an over-the-counter test can only detect the viral protein present in the sample.

Around December 2021, at the start of the Omicron boom, people wondered about the potential for rapid testing to detect the new variant. Additionally, some preliminary tests proved that rapid tests that identified the Omicron variant showed a delay of one to two days in positive results compared to tests performed with the Delta variant. That’s what the FDA announced on December 28, urging caution in its use of tests to detect omicrons.

During that time, our group was working on a study examining the performance of over-the-counter tests in the general population. We used data from this study to look at the performance of these tests before and after Omicron became the dominant version in the United States. Our study, which has not yet been peer-reviewed, was unique because it was testing people for the COVID-19 virus over the course of two weeks, and thus we were able to observe emerging infections.

In our analysis of approximately 150 individuals who tested positive for SARS-CoV-2 during the study, we made two key observations. The first is that over-the-counter tests were able to detect the Omicron variant as well as the delta variant.

The second is that serial testing – two tests taken at intervals of 24 to 36 hours – is as important as with rapid tests. This is because we have seen that if a person had an infection that was detected by a PCR test for at least two days in a row, one or two of the over-the-counter tests performed for longer than infection was detected. 80% of the time. In comparison, a rapid test detected very few infections.

Previous research by our study team and others suggests that over-the-counter tests are more likely to detect infection in people who are actively infectious.

In 2021, we assessed whether mass distribution of over-the-counter tests could reduce transmission of the virus by comparing new cases in Washtenaw County, Michigan, which has a population of 370,000. The two communities, which make up 140,000 of the total county population, used more rapid tests and prevented an average of 40 cases of COVID-19 per day during the delta surge. Our findings suggest that rapid antigen testing is an important public health tool that can help reduce the spread of disease during a boom.

Read Also:  Guided by students and experts, U of T introduces new approach to delivery of mental health services

But most of the research so far on over-the-counter SARS-CoV-2 tests has been done in controlled study settings. We wish to know whether the performance of the tests is reflective of the more realistic environment observed in clinical studies.

One question is whether people will report to the health department about the tests they get without a prescription. We conducted a number of studies where people signed up using their smartphones, received tests in the mail and took and reported tests via smartphone apps.

Our preliminary analysis of data from the Michigan study described above shows that 98% of individuals agreed to send test results to their state’s health department. But nearly 1 in 3 participants at highest risk of infection – for example, those who did not wear a mask in public and were not vaccinated – were referred to in their results. Participants who closely followed the instructions in the phone app reported more test results to their local health department than those who did not follow the instructions. We also observed that negative test results were more commonly reported than positive results.

In another study, we showed that incentives made a difference when reporting test results. Sites with reporting incentives such as cash payments demonstrated higher levels of reporting to their state health department than sites without incentives. Overall, 75% of results were logged in the Phone app. In all communities, positive tests were reported significantly less than negative tests.

These results indicate that app-based reporting with incentives may be an effective way to increase reporting of rapid testing for COVID-19. However, app adoption is an important first step.

These studies are ongoing and we continue to find out more about how people use rapid antigen tests. If you are interested in contributing to this science, you can see if you are eligible to study.

Slow Internet is troubled, so recharge this affordable plan of Jio, getting 740 GB data

NTU President Subra Suresh to step down, return to family in US ‘sooner than originally imagined’