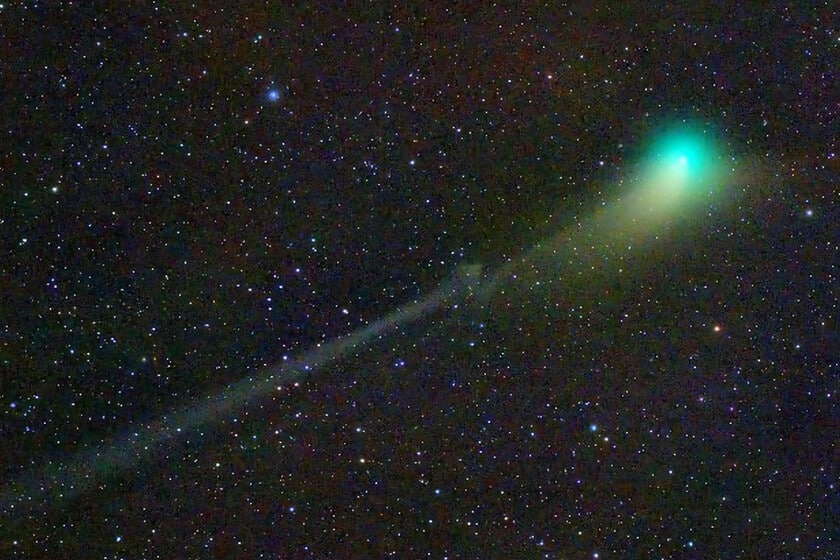 Comet C/2022 E3 (ZTF) is currently passing close to Earth one third of the distance Between our planet and the Sun, as it gets closer, it becomes more and more luminous.

From few days It is already possible to appreciate it using binoculars And according to Juliet Fierro Gausman, a researcher at UNAM’s Institute of Astronomy, the best time to do it would be in early February, when it will look like “the one”.shiny ball,

To see it with the naked eye, Fierro Gausman considers two factors: Find a site away from the city lights As in meteor showers, and wait for February 2nd, the day it is closest to Earth, also known as perigee.

On this day, it will be necessary to look at the horizon where the Sun sets and a little above this threshold, to be more precise, it will be necessary to look for C/2022 E3 (ZTF) in the north-northeast direction. at an altitude of 21° above the horizon,Another way to better appreciate it is to take advantage of the activities of the astronomical societies, because they know safe place to watch events Where it can be better captured using very sophisticated binoculars or a small telescope.

A “green” comet is passing Earth

For his part, Alejandro Marquez Lugo, an astrophysicist at the Institute of Astronomy and Meteorology (IAM) of the University of Guadalajara (UDEG) explained that this comet would be found magnitude six in brightness The range of visibility of the human eye.

If You Can See It, It’s Likely Its green tone tail can be appreciated due to the presence of dicarbons, two carbon atoms that form a single molecule.

Here’s my first effort at capturing the “Green Comet”, Comet c/2022 E3 (ZTF). This was a particular challenge due to humid conditions and clouds, but I’m thrilled I was able to capture it at all! pic.twitter.com/t2VGEnfKX8

Marquez Lugo also states that it is one of the comets gotta come back eventually Having such a long orbit, close to the Earth, in about 47 thousand years, it can interfere with other objects in space, which will deviate it from its path and it will never come near us again.

Currently C/2022 E3 (ZTF) is in the constellation Draco, although as of Thursday the 26th it will be next to the Little Dipper, passing Camelopardalis on January 30th, where It will be visible when it reaches perigee. To locate this constellation we can use one of the apps like StarWalk or SkyView, which will allow us to find them more easily.