From wildfires in the US to extreme heat in Europe to flooding in parts of China, extreme weather events have become the norm of the day. While much is attributable to the environment, the biggest trigger behind these events is human-induced climate change. An analysis of more than 400 peer-reviewed studies shows how it all went from bad to worse.

Climate Brief, a UK-based organization tracking climate science and energy policy, has reviewed papers to find that 71 per cent of 504 extreme weather events were made more likely or more severe than human-caused climate change. went. Meanwhile, 93 percent of all extreme heat events were accelerated by climate change.

Similarly high numbers were found behind events related to floods and droughts, where 56 percent of the 126 rainfall or flood events became more severe due to human-caused climate change, compared to 68 of the 81 drought events studied. The percentages were for these reasons. 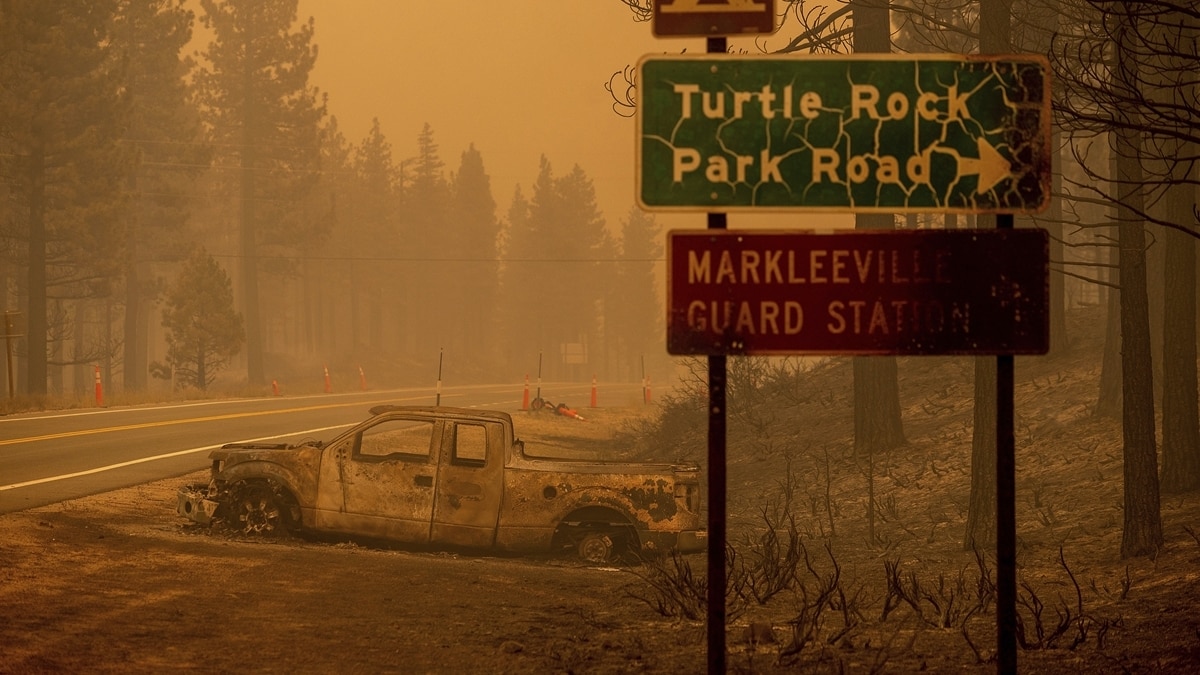 A charred car rests on the side of a road as the Tamarack fire burns in the Markleeville community of Alpine County. (Photo: Associated Press)

The researchers tracked a total of 504 extreme weather events over the past 20 years since the start of the new millennium in 2000. “Combining the evidence over the past 20 years, the literature is heavily dominated by studies of extreme heat (30%), precipitation. or floods (25%), and drought (16%). Together, this makeup is all published studies (71). %),” Climate Brief said in a statement.

The researchers found that human-caused climate change changed the likelihood or severity of an extreme weather event in 80 percent of the cases studied. The new details ahead of a climate summit in Egypt later this year are startling and could force world leaders to rethink their approach to tackling the impending problem. A young man rides a horse as he passes a Hindu temple partially submerged in the waters of the Periyar river, which was flooded due to heavy rains, in Kochi, Kerala. (Photo: Associated Press)

The analysis further found that many heat extremes would have been impossible without human influence on the climate. These include the 2020 Siberia heatwave, the 2021 Pacific Northwest “heat dome” event and Europe’s record-breaking 2021 heatwave.

The 2022 European heatwave has also exposed the government’s incompetence and lack of preparedness in dealing with a warming future.

The Climate Action Tracker, which tracks government climate action and measures it against the globally agreed Paris Agreement, also pointed to similar trends and warned that current policies would result in about 2.7 percent above pre-industrial levels. °C is expected to be hotter. This would go against the Paris Agreement target of limiting global temperature to 1.5 °C. A UN panel, the Intergovernmental Panel on Climate Change (IPCC), also found that human-induced climate change is causing dangerous and widespread disruption of nature and affecting the lives of billions of people around the world. The panel said in its latest report that extreme weather events have caused acute food and water insecurity for millions of people, especially in Africa, Asia, Central and South America, on small islands and in the Arctic.

Heavy rain in Bogor, floods and landslides at 21 points

Australia: Floods and heavy rains – thousands had to flee