How does eating late or sleeping little affect our health? more than it seems 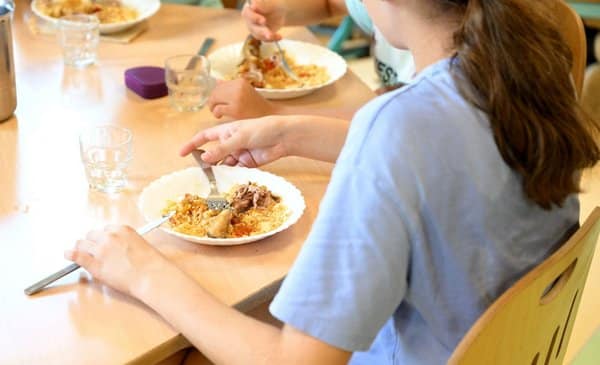 This repeats itself day after day and week after week. We have a schedule for everything: for eating, for working, for exercising, for leisure activities, for sleeping… all of this is spread over the 24 hours of the day, so that we can Present patterns from time to time given to us from the ancestors. ,

to the beat of our internal clock

During the day we are active and with the arrival of night there are physiological changes that prepare us for sleep. It’s like a clock. An internal clock that warns us that the organism is about to change and is preparing to eat, sleep, wake up. gets the name of Heart rhythm.

These refer to all kinds of changes (physical, mental and behavioural) that are repeated from day to day, almost every 24 hours. It is not difficult to understand the importance of maintaining them. We’ve all been at a party late into the night or loaded with tasks with no time to eat or sleep and have suffered the consequences.

The truth is that the western lifestyle does not help in maintaining the circadian rhythm. We enjoy fewer hours of natural light than our ancestors, because we are more sedentary and the number of hours in front of screens has increased significantly. Added to this are a high level of stress, a social life that messes up our schedules, and a diet based on sugars and ultra-processed products.

They are factors that significantly alter our natural rhythms. What could be the implications of this? This imbalance is related to a lack or poor quality of sleep, mood swings, increased stress, disorientation, memory problems, fatigue, and anxiety, among other ailments. And if they’re maintained over time, they can have even more serious consequences.

Bacteria have their own biorhythms.

But circadian rhythm disturbances don’t just affect us: They are also influenced by our intestinal bacteria, which have their own biorhythms synchronized with ours. So, can disorders in internal clocks affect our gut health? Definitely yes.

Disturbances in biological rhythms are closely related to changes in digestion and metabolism. There is then an imbalance in glucose metabolism and an increased risk of weight gain and blood pressure, as well as loss of control of the hormones that control appetite and a preference for foods rich in sugars and saturated fats.

This can lead to decreased insulin sensitivity, reduced glucose tolerance, and changes in the lipid profile in the body. These are changes that have a direct impact on gut health and, therefore, on the microbiota.

And it is not surprising that this connection occurs, since the digestion of food occurs during the day, at which time the intestine is active and in optimal condition for absorbing nutrients. when we eat, we put on time Clocks of organs and tissues involved in digestion: stomach, pancreas, liver, intestine and adipose tissue.

And what happens to the microbiota if we eat late? For example, Having lunch at 4 in the afternoon slows down the clock, Disruption of the normal rhythm of intestinal function and changes in the composition and functionality of intestinal bacteria.

The microbiota is mainly influenced by the type of diet that we follow on a daily basis. But changes in eating schedules (whether due to increased eating behavior, fasting, or increased meal frequency) also have an effect. The intestinal bacteria present their own fluctuations depending on the time of day, both in composition and function.

In fact, scientific evidence shows us that they have their own circadian rhythms, which they try to synchronize with their hosts in order to make the most of them.

Most research on the microbiota and circadian rhythms has been done in animals. It’s worth noting that studies focused on intermittent fasting have revealed some benefits in rats, such as increased microbial diversity, decreased inflammation, and production of beneficial compounds by intestinal bacteria.

In humans, a study with females found that late eating reversed the rate of oral microbial diversity. Then, on the contrary, a pattern of pathological conditions appears, which occurs in obesity or intestinal inflammatory disorders.

However, it should not be forgotten that the intestinal microbiota is like a unique and individual signature of each subject, so each person will respond differently to both intermittent fasting and changes in meal timing.

The effect of microbes on our sleep

These studies suggest that the intestinal microbiota is affected by mismatches in biological rhythms, as these activate or deactivate genes involved in bacterial metabolism depending on the time of day. But it’s a two-way relationship: The metabolism of intestinal bacteria is also capable of modulating circadian rhythms.

How does it happen? This effect can occur in two ways: through the production of metabolites from the food we eat, or by responding to jet lag with changes in the abundance of certain bacterial groups.

Thus, the intestinal microbiome is responsible for producing certain chemical compounds (the above mentioned metabolites) that end up in our bloodstream and can induce or promote sleep. Bacteria synthesize these substances from the food we eat, and when we eat it, thanks to their own metabolism.

For example, bacteria Streptococcus and some strains Escherichia coli why abdominal cavity They contribute significantly to the serotonin production pathway associated with the sleep-wake cycle. Another neurotransmitter, gamma-aminobutyric acid – from fermentation of dietary fiber by microbiota – may promote sleep through an action on the sensory system of the portal vein of the liver.

Our microbial community may also respond to disruption of the circadian rhythm or its lower quality by modulating the amounts of certain bacterial groups. In extreme cases, a state of dysbiosis can be reached, that is, the predominance of harmful bacteria over beneficial ones.