How Millionaires Live in Montecito, Harry and Meghan’s Neighborhood in California 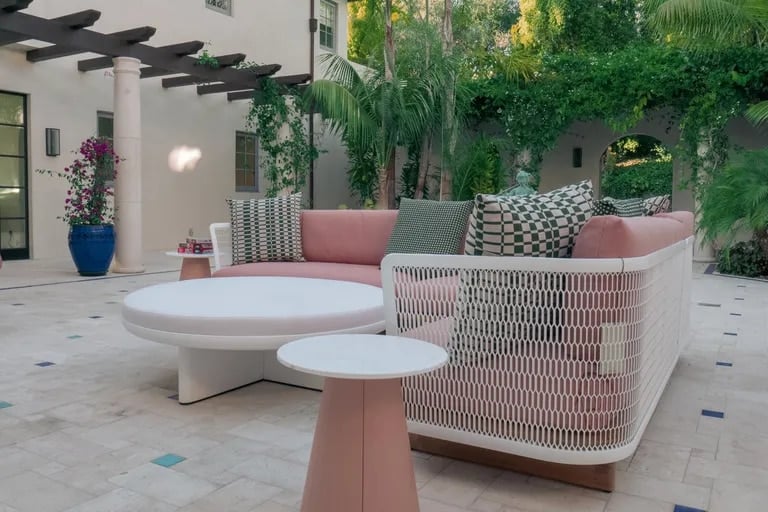 Despite being a tiny dot on the map of California, Montecito is one of the most exclusive places in the United States, It recently gained popularity as the destination where Prince Harry and his wife Meghan Markle decided to buy a luxurious mansion and settle down with their family. However, even before the famous couple arrived, other millionaires had already chosen the area to buy property and settle down.

According to 2020 US Census Bureau data, this corner of Santa Barbara County is less than 9000 inhabitants, The lifestyle of most people is accessible to only a few. In its 23.99 square kilometer extension There are big houses, luxurious spas, private beaches and even golf courses, In addition, some properties built in the 18th century are also preserved in the town.

The story of the emergence of a unique combination of architecture and interior design in this area found its way into a book: “Montecito Style: Paradise on the California Gold Coast” (Montecito Style: A Paradise on California’s Gold Coast, In the compilation, created by Iranian American photographer Firoz Zahedi, in collaboration with the author Lori Dewhurst porter, it shows”An insider’s look at the homes and gardens in a special corner of Southern California”, according to the details of the Monacelli Publishing House.

According to this work, Montecito’s rise as a millionaire’s paradise began in 1917, when the architect and painter George Washington Smith began building the first residences, Mediterranean with colonial touches. His inspiration was a trip to Andalusia, Spain. Other designers such as Reginald Johnson and Myron Hunt supported him and the call was soon forged”.Montecito Style,

fascinating range of architectural styles combined with peculiar geographical features, Unique, such as the nice climate and proximity to Santa Barbara’s beaches and other tourist attractions. make it all One of the most desirable places to live Montecito, who had already fallen in love with celebrities Oprah Winfrey, Ellen DeGeneres, Katy Perry, Jennifer Aniston, Adam Levine, George Lucas and others.

although one of The outstanding factor of Montecito is the good climate.In recent years, there have been threats due to heavy rains. In early 2023, the city was one of those under flood and landslide warnings due to torrential rains affecting California. Residents had to prepare for evacuation to avoid major devastation.

as reported Stare, A tool for reviewing what life is like in different regions of the United States, Montecito is the best place to stay in the Santa Barbara area. the aspects that come to the fore are Family life and public school. The average price of a property to live in is more than two million dollars, while the rent is more than US$2,300 per month.

“alive andN Montecito provides residents with an unusual suburban experience; Most are owners of their homes. Commenting on the site there are many restaurants, cafes and parks (…), and residents tend to be conservative.