How much did Dunder Mifflin, the fictional company in The Office series, earn? 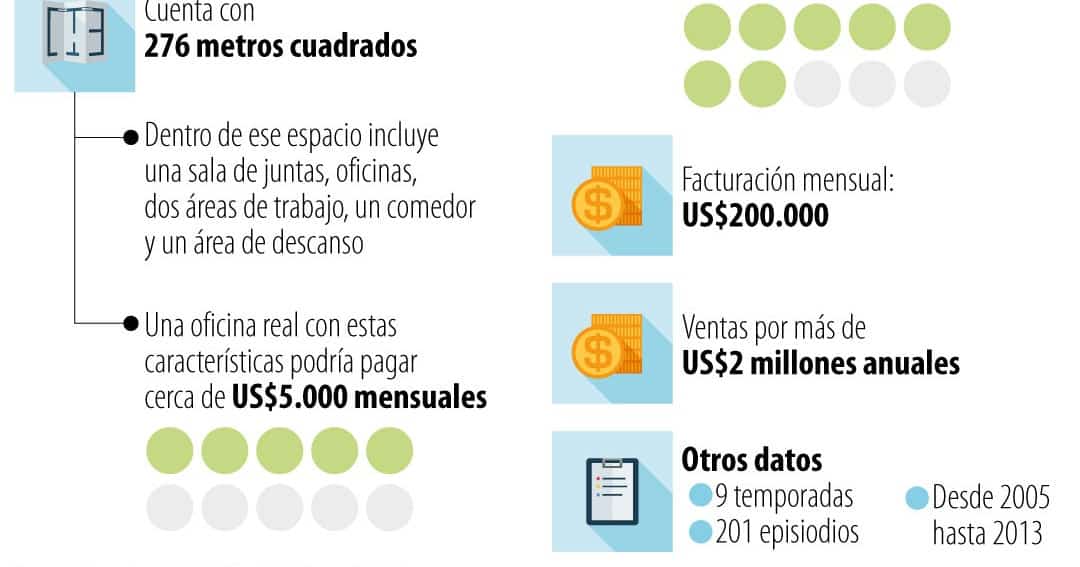 The Office is one of the most critically acclaimed comedy series. With nine seasons and a total of 201 episodes, the show that catapulted Steve Carell to stardom after his role as Michael Scott is, perhaps, one of the most-watched shows in history.

The show tells the lives and daily lives of a group of workers at Dunder Mifflin, a fictional company that sells paper in Scranton, Pennsylvania. And, although their day-to-day seems monotonous, there are many situations that make the series a piece of comedy that is worthy of Primetime Emmy Awards and Golden Globes. But, have you ever wondered how much the turnover of the Michael Scott-led company was? ,

If the location and size of the company is analysed, several points can be drawn. First, the Scranton office is 3,000 square feet, as noted in the series, and contains a boardroom, several separate offices, two work areas, a dining room, and a relaxation area.

When considering the cost of an office with these features located in the Dunder Mifflin workplace area, it is concluded that the monthly rent for the office could be closer to US$5,000.

Now, if the question is how much does the company invoice, it should be noted that the paper company has four other offices and headquarters in New York, so prices can vary greatly. But, focusing on Pennsylvania, home of the chain, the office only had 22 employees on the top floor, so it is estimated to have a monthly turnover closer to US$200,000.

By extending the billing time, Dunder Mifflin will bill a total of $2 million per year just at its Scranton headquarters.

Now, regarding salary, the series specifies that Michael Scott (Steve Carell) earns slightly more than his employees, being the company’s regional director in that region of the country. Looking at how much a regional manager earns for a company in a state like Pennsylvania, it was found that people in this position earn approximately $79,000 per year, a value that can add up to nearly $100,000 in commissions and sales bonuses .

As such, Dunder Mifflin is one of those fictional companies that may not be one of the most millionaires or that generates the most income, but at least, goes hand in hand with the lifestyles of the characters in the most important show.