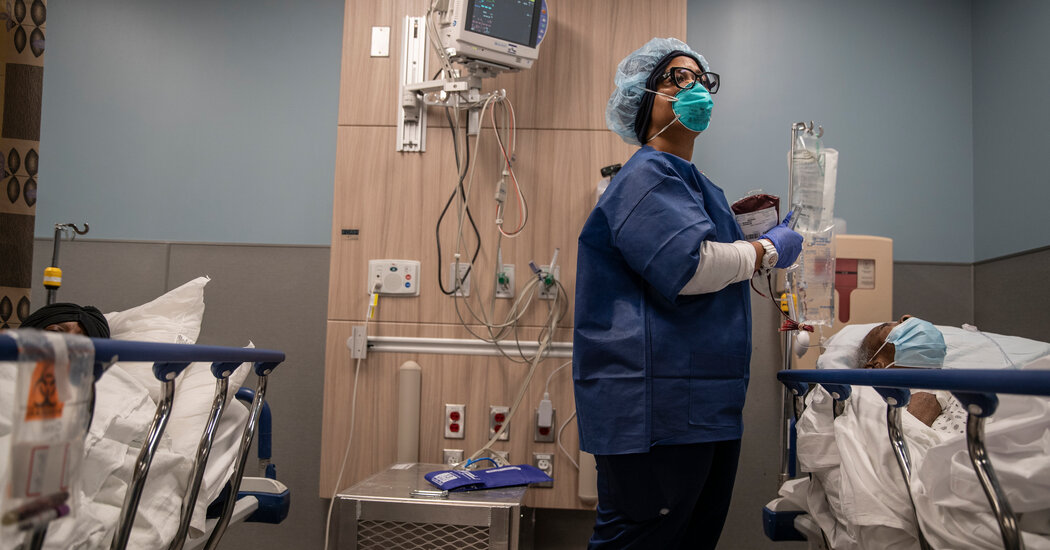 The test kits alone, the city estimated, caught 25,000 cases. School attendance hovered around 70 percent in early January, as children were out sick or kept home by their parents to try to avoid infection.

While Omicron often causes milder illness in adults, it sometimes has a more severe impact on children, particularly those too young to be vaccinated, creating new challenges for health care workers. Hospitalization rates for children rose more quickly than in previous waves, mirroring trends elsewhere.

Still, of the 181 children that Cohen Children’s Medical Center in Queens admitted with Covid-19 in the recent wave, only one, an unvaccinated 17-year-old boy, died, a said. From Jan. 1 to Jan. 27, three children under 18 died of Covid-19 in the city, bringing the city’s total death toll in that age group during the pandemic to 32, according to data from the American Academy of Pediatrics.

Although Omicron is receding quickly, the wave is not totally gone. There were 2,633 people with Covid-19 in city hospitals on Feb. 2, fewer than half than at the Omicron peak, but still more than four times as many as before the variant was first detected in December.

Even with the numbers declining, medical workers on the front lines say staffing shortages remain acute.

At SUNY Downstate, employees from across departments pitched in when the emergency room was taking in four times its regular number of patients in early January. Vaccines and new treatments helped limit severe cases. But there were too many patients flooding the entire health system at once to “load balance,” or transfer patients, between Downstate and other hospitals that were also being hit hard.

Still, strategies that had been developed after earlier waves helped, said Patricia A. Winston, the hospital’s senior vice president for operations. Those included regular check-in calls with state and city officials and the Greater New York Hospital Association, a trade group that followed the situation across medical centers.

“Before, it was like, you were in this by yourself,” Ms. Winston said. “Now you talk to each other and work together and figure out how to strategize. Even if you can’t move somebody, you have someone to talk to.”