How old is the water on planet Earth?

The question of the possibility of knowing the age of water has always been questioned and debated in the scientific community. Recently, two scientists studying isotope data found that water was present from the very beginning of our solar system’s formation. it means that The element would therefore be about 4,500 million years old. 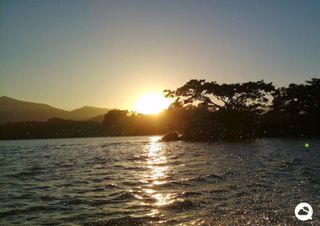 According to the researchers of the current study on the water content of the first planetary systems similar to ours, Water is a ubiquitous and abundant molecule, initially synthesized by hydrogenation of frozen oxygen on the surface of small grains of interstellar dust.,

Inside the molecular cloud that gives rise to a new planetary system, oxygen binds and solidifies into dust grains. So when a hydrogen molecule passes through this frozen oxygen, it becomes water ice., Therefore, two “types of water” can be formed in this reaction:

first step This process is called the “cooling phase”, in which water ice forms around the dust grains. After a while, matter begins to accumulate in the center of the nebula, thereby exerting the force of gravity.

The rise in temperature around the center (a region called the hot corinus) causes the ice to turn into water vapor. Therefore, water becomes the most abundant molecule in this region.

Second Level This process is known as the “protostar phase” and consists of the sublimation of ice into water vapor. In this phase, the surrounding dust and gas called a protoplanetary disk (which is still cold at that time) form, from which the various objects in this new system will emerge.

in third stepThe water vapor produced in the previous stage condenses in the coldest parts of the disk and the dust particles are again covered with layers of ice.

From these grains of dust surrounded by frozen water, planetary systems begin to take shape: asteroids, comets and planets appear to orbit their star. Thus was born the planet Earth!

Does this mean that Earth’s water must have been inherited from comets?

Researcher They estimate that 1% to 50% of the water on planet Earth comes from the early stages of the Solar System’s birth., that’s why, A relatively large portion of our planet’s water is about 4.5 billion years old, According to scientists, this water is “probably inherited”. Planetesimals And certainly not from comets.

loss Planetesimals They are thought to be solid bodies (rocky or even ice) and small in size, a few kilometers in diameter, which are believed to have been born at the beginning of the Solar System by the gravitational attraction of stellar dust from the primordial Solar Nebula. . that’s why, Planets are believed to have evolved from the accumulation of planets,

The researchers point out that hydrogen isotope ratios are important for a complete understanding of the origin of water on planetary bodies.

It is important to emphasize that the precise and exact process of this training is still not completely clear. Because it is an extremely complex topic, the origin and evolution of water on Earth is essentially linked with other important elements of the planet, such as the magnetic field, carbon and molecular oxygen.

Future research will certainly aim to continue this process to find out how water was delivered to Earth. scientist Findings that the amount of heavy water is the starting point to help all possible hypotheses of what the solar system could have done,