The Chicago Bears added to an already crazy week in the NFL when it was reported they would be sending star pass rusher Khalil Mack to the Los Angeles Chargers for a 2022 second-round pick and a 2023 sixth-round pick.

Los Angeles is also picking up Mack’s remaining contract, with the Bears responsible for $24 million in dead money this season. The move was general manager Ryan Poles’ first in what is sure to be a busy offseason for the new-look Bears.

Trading Mack, who was acquired in 2018 by former general manager Ryan Pace for multiple first-round draft picks, marks the end of an era for the Bears defense. Mack had 36 sacks and 14 forced fumbles in his four years as a Bear, earning Pro Bowl honors in three of them. He missed the final 10 games this past season after landing on injured reserve.

With Mack now heading back to the West Coast, the Bears depth chart at defensive is getting shaken up a bit. While Robert Quinn will continue to be a starter after his record-setting performance in 2021 when he had 18.5 sacks and made the Pro Bowl, third-year pass rusher Trevis Gipson stands to benefit the most from Mack’s departure.

Gipson broke out in 2021 with 7.0 sacks, five of which came after Mack was lost for the season. He showed a ferociousness for getting after the quarterback and stripping the ball in his absence, which helped make this trade more palatable.

Behind Quinn and Gipson at the moment is veteran Jeremiah Attaochu. Signed last year as a free agent, Attaochu didn’t make much of an impact before being lost for the season. He could be a cut candidate as he enters the final year of his deal, but stands to see more playing time if he hangs around. The other reserves include younger players such as Sam Kamara and Charles Snowden, all of whom spent some time on defense last season.

Read Also:  All the NHL trades and rumors that led us to deadline day

The Bears also have veteran Mario Edwards Jr., who signed a three-year contract extension last offseason. He’s also an interested player who might find himself with more playing time than he did last season, assuming he remains with the team. Edwards had 2.0 sacks in 12 games, but struggled with untimely penalties as well.

There’s still work to be done and the roster is sure to look much different come August, but a few players already on the team will have the chance to earn more playing time on the defensive line. We’ll see what else the Bears have up their sleeves as the offseason rolls on. 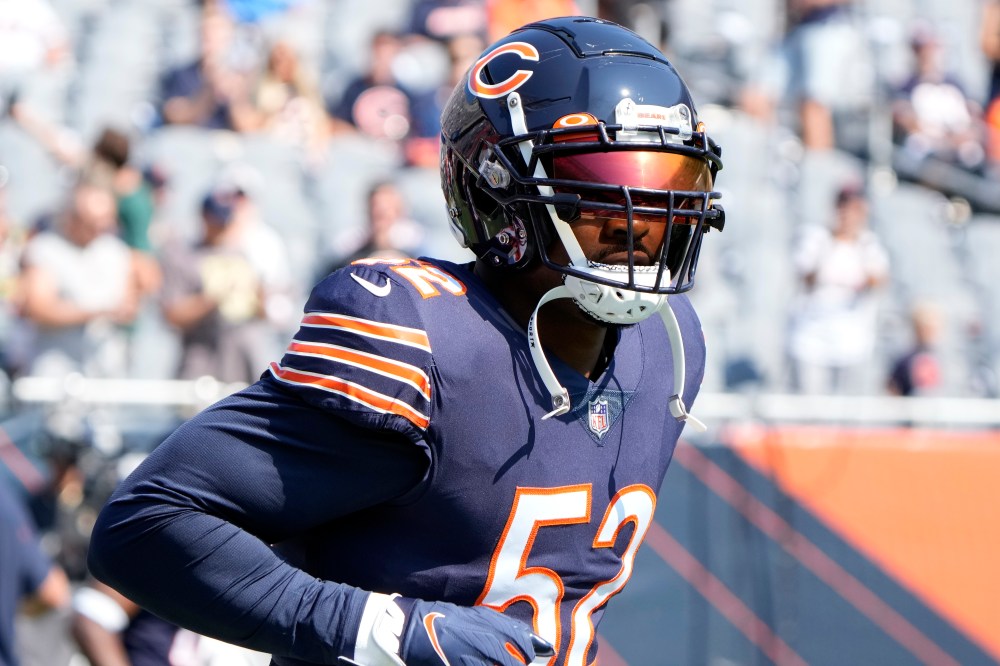