How the Virgin Mary Died: A Room Full of Light, Miracles and Jesus Present to Take Her Spirit to Heaven 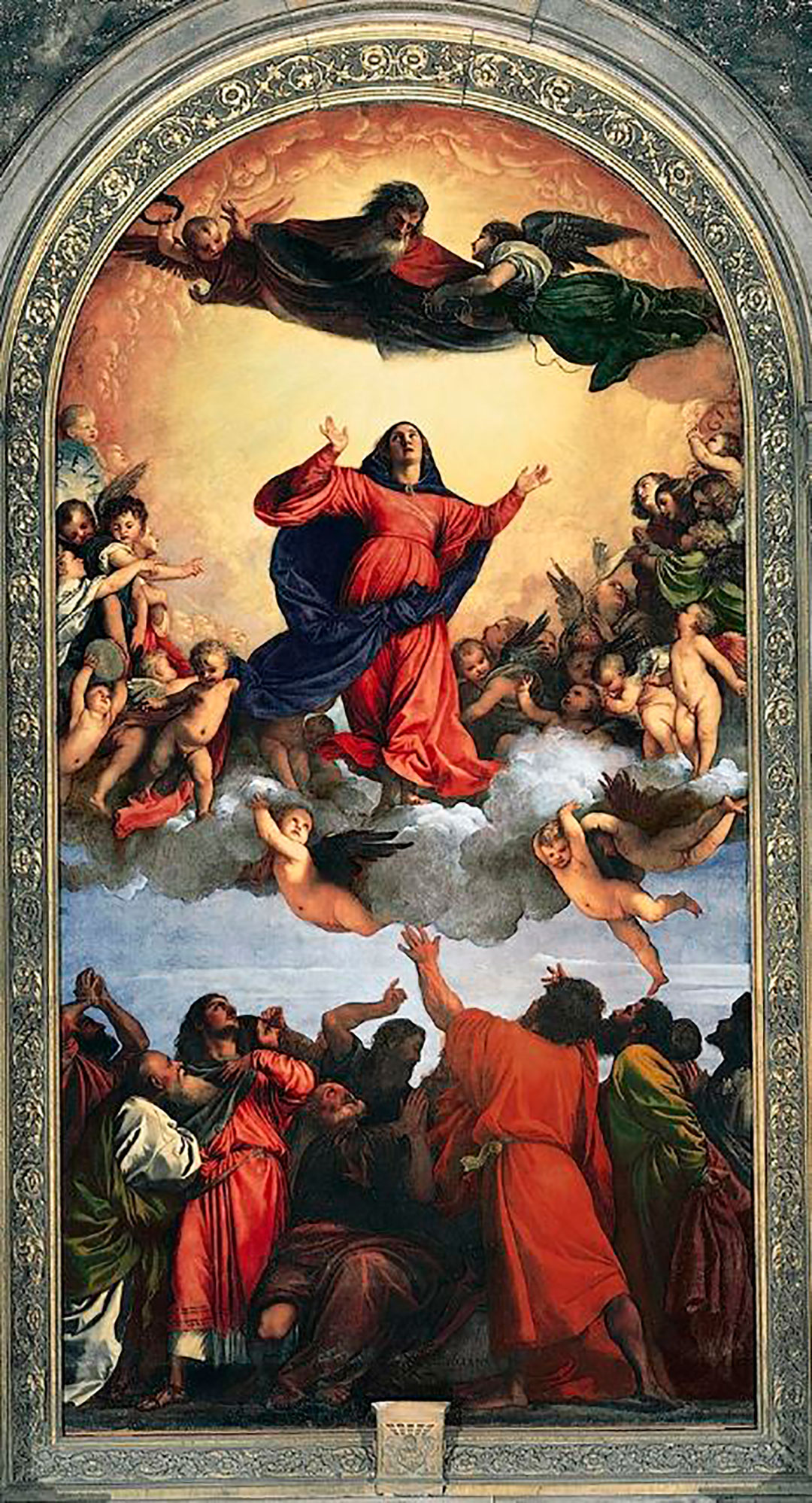 The Assumption of the Virgin Mary, painting by Tijian

On August 15, Catholics around the world celebrate Day of “Assumption of Mary”, Or, as it is commonly known, the festival of “Santa Maria”. In many countries or cities this date is a holiday. Said dogma refers to the fact that Mary descended body and soul into heaven.

We should not confuse “Jesus’ ascension to heaven” with “Mary’s ascension to heaven.” The difference lies in the fact that Jesus ascended to heaven by the omnipotence of his divinity, because being the true God and true man, he ascended to sit at the right hand of God the Father. rather than, Virgin Mary ascended to heaven Because God did not allow the flesh of the womb to be corrupted, where He decided that His Son would be incarnated to see Jesus. That is why he was accepted into heaven body and soul by the will and power of God. 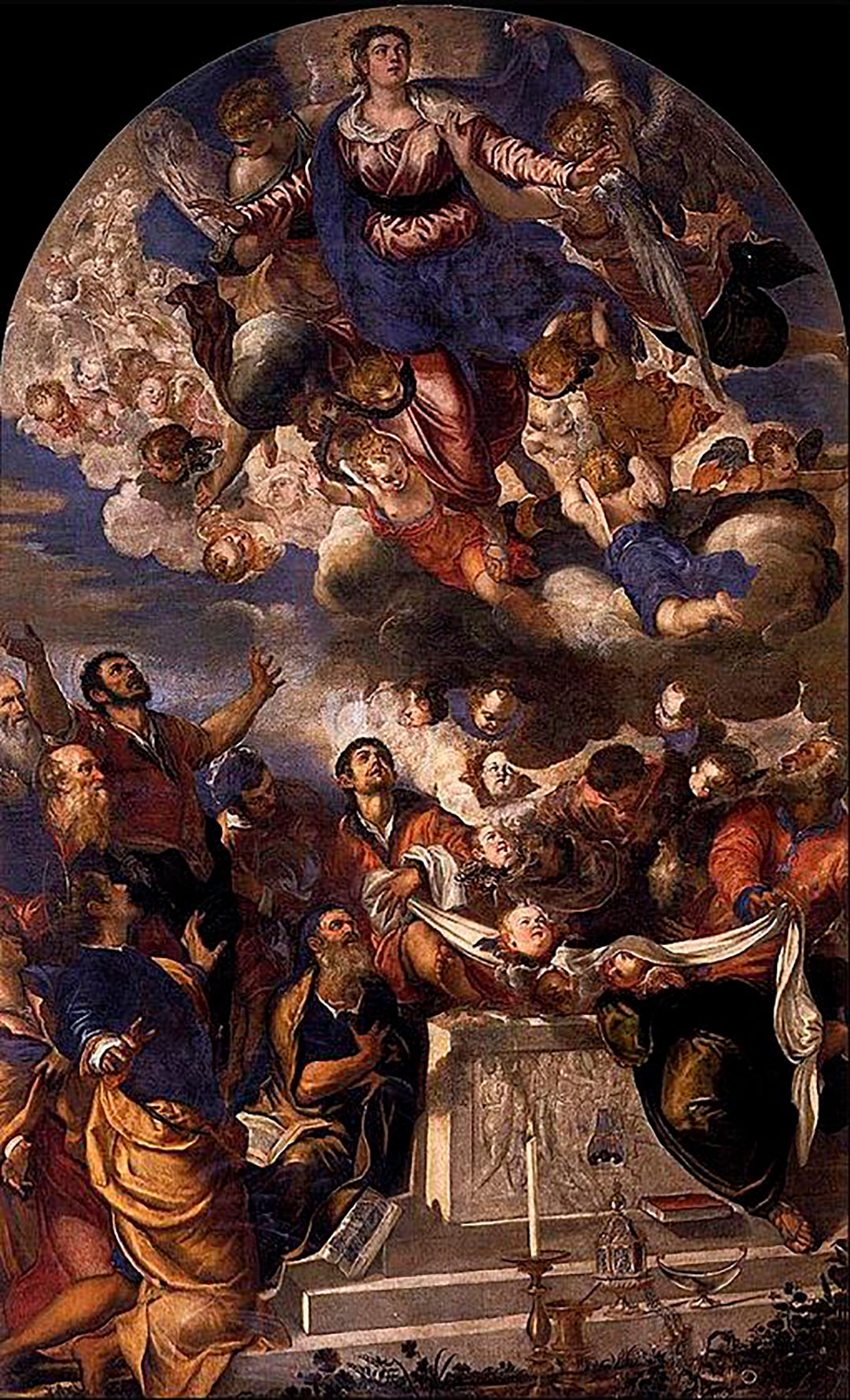 The Assumption of the Virgin Mary, work by Tintoretto

The festival is common to Catholics and Orthodox, although with slight variations. For Catholics it is a “dogma of the faith”., What is a dogma? According to the Catechism of the Catholic Church, dogma “constitutes the unchanging basis of all Catholic doctrine and any Catholic is invited to adhere to, accept, and believe irrevocably a dogma.” Catholics are obliged to believe in them by faith and the main dogma is numbered 44. They are divided into 8 different categories: doctrines about God, about Jesus Christ, about the creation of the world, about man, Marian dogma, about the pope and the church, about the sacraments And about the last things.

This dogma of the Assumption of Mary This was the last dogma defined by the Catholic Church. Directed by Pope Pius XII, it ends with a curse: “Therefore, if anyone, whom God does not permit, dares to deny or voluntarily questions what is defined by us, know that he has completely separated himself from Catholicism. “ 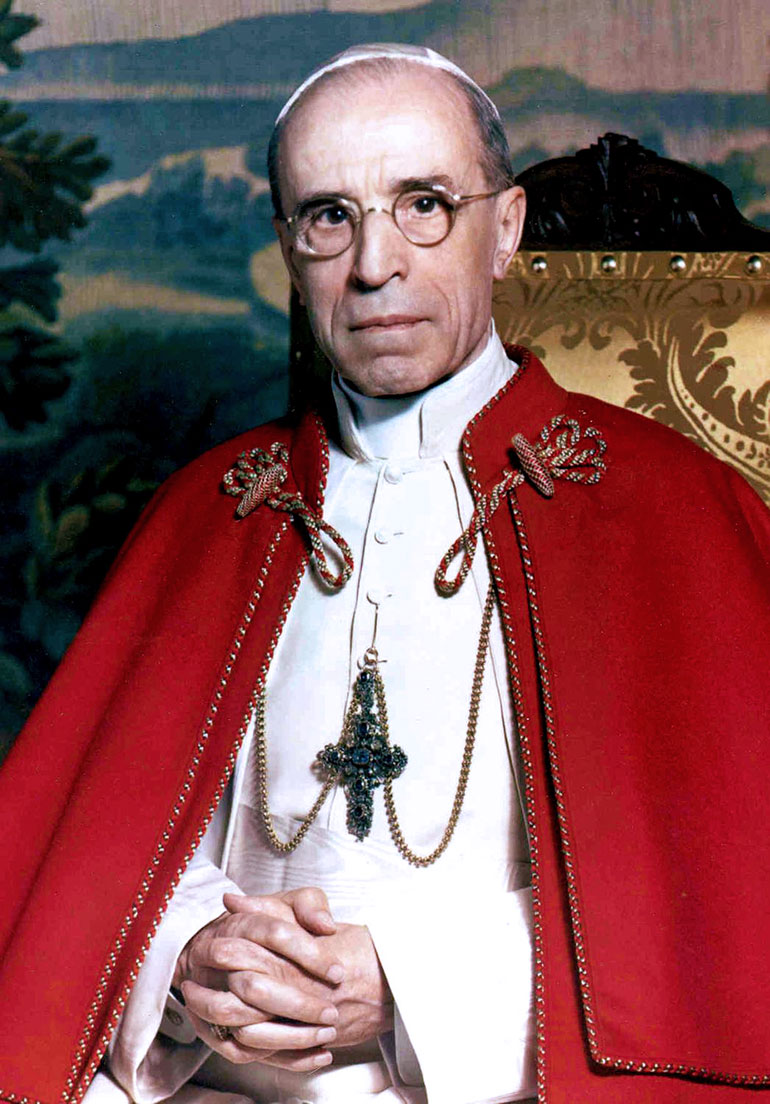 Pope Pius XII, who wrote the dogma of the belief of the Assumption of the Virgin Mary, November 1, 1950

The first answers to questions arrived in 1849 issued by the Holy See on behalf of bishops around the world, to declare the Assumption as a doctrine of the faith. Pope Pius XII, in 1946, would again consult the bishops through the letter “Dipare Virginis Maria” on the opinion of the said dogma and the response was almost unanimous: Only six responses out of 1,181 expressed any objection to the manifest character of that truth.

On November 1, 1950, the Apostolic Constitution “Munificentissimus Deus” was published, in which the Pope, based on the tradition of the Catholic Church and taking into account the testimony of the Liturgy, the faith of the faithful, guided by his clergy, of the Fathers and Doctors of the Church, was published. With the testimony and consent of the bishops of the world, The Assumption of the Virgin Mary was declared as a dogma of the faith. 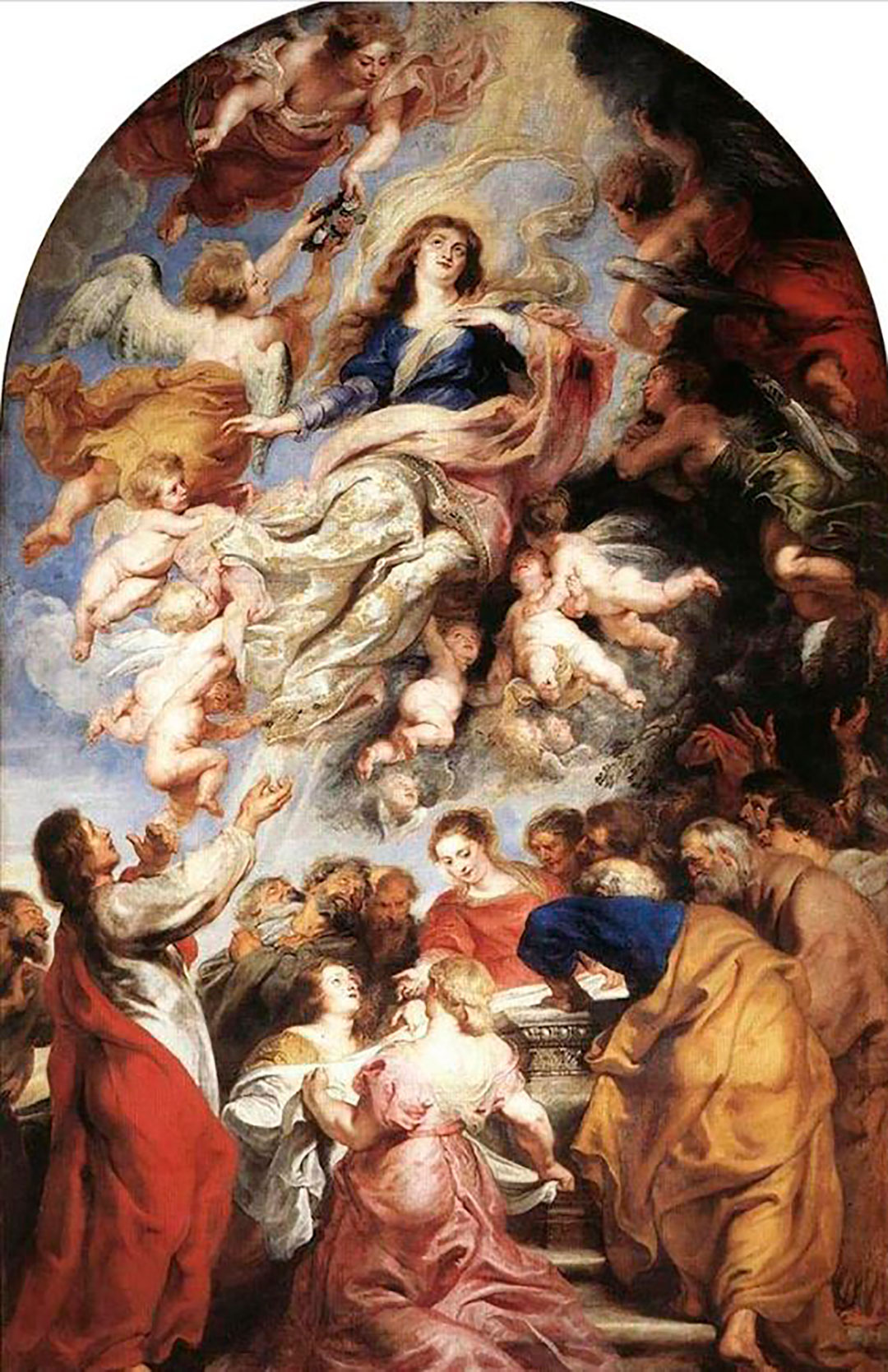 The Assumption of the Virgin Mary in Rubens’ Version

It reads: “… therefore and from time to time we pray to God and invoke the light of the Spirit of Truth, to the glory of Almighty God, who bestowed his special benevolence upon the Virgin Mary to honor her Son. done. , the immortal King of the centuries and the conqueror of sin and death, to increase the glory of the same venerable Mother, and the joy and joy of the whole Church, by the authority of our Lord Jesus Christ, the blessed apostles Peter and Paul and ours, we The divinely manifest dogma declares, declares and defines: That the Immaculate Mother of God, once the Virgin Mary, completed the course of her earthly life, body and soul were eclipsed in heavenly glory. ,

If we carefully read the text of the dogma, It doesn’t say anywhere “after his death”, or “at his death”. He refers only to his departure as follows: “having completed the course of his earthly life, That body and soul were received in heavenly glory.” 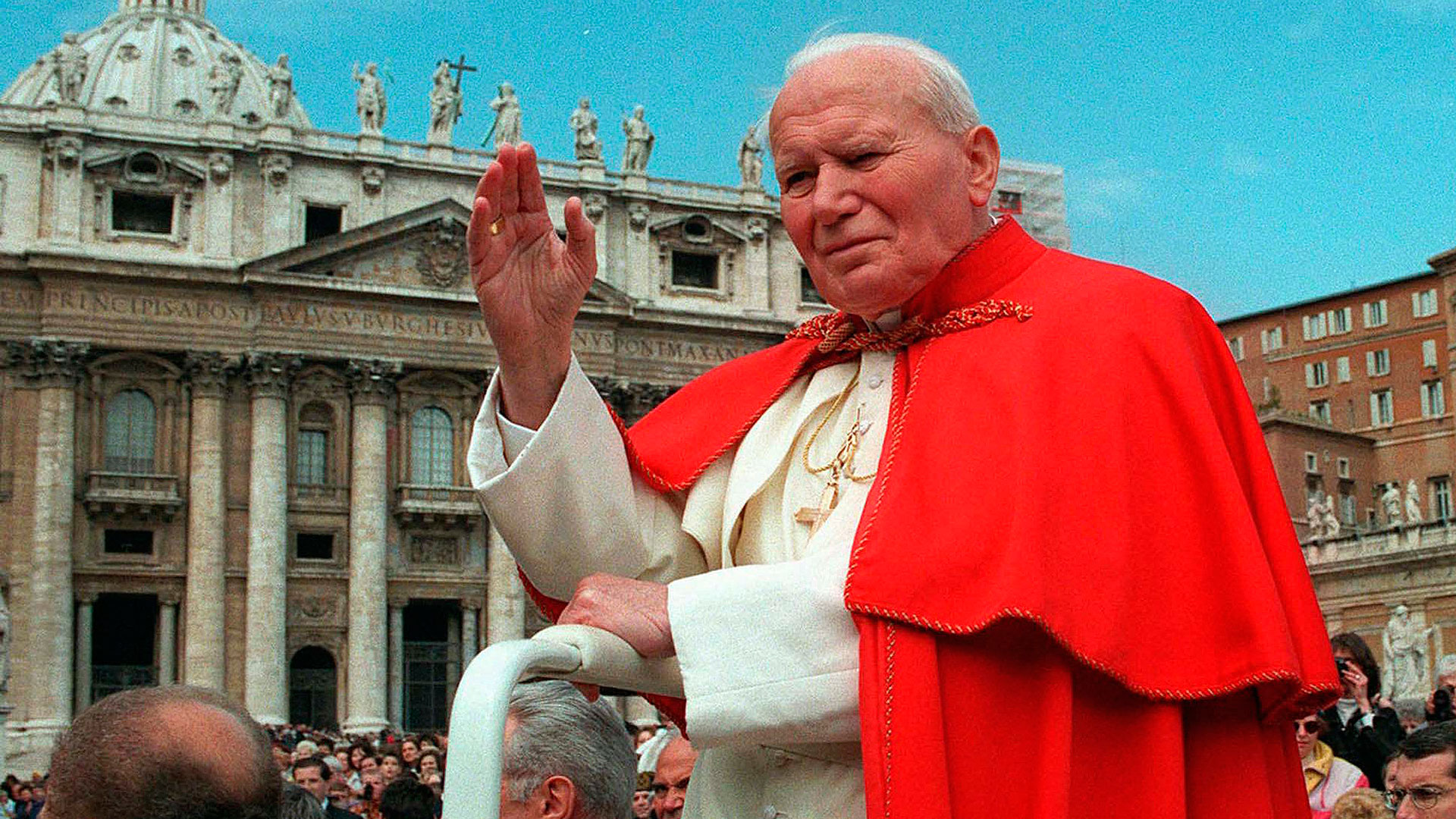 Pope Saint John Paul II in Saint Peter’s Square. In 1997, he told believers about the dogma of the faith of the Assumption of the Virgin Mary ( Associated Press).

Wednesday 2 July 1997 Pope John Paul II explained this topic to believers in his scripture Gathered in St Peter’s Square. He, then, placed some clarity on this misleading passage: “In defining the dogma of the Assumption, Pius XII did not wish to use the term ‘resurrection’ and a position regarding the question of the death of the Virgin as the truth of the belief.” The Bull Munificentissimus Deus confines himself to affirming the raising of Mary’s body to heavenly glory, declaring that the truth is a ‘divinely manifest dogma…’. A long reflection was developed about the for the institution in … for this reason, just as the glorious resurrection of Christ was an essential part of this victory and the final trophy The battle of the Blessed Virgin, common with her Son, was to end with the glorification of her virgin body”. 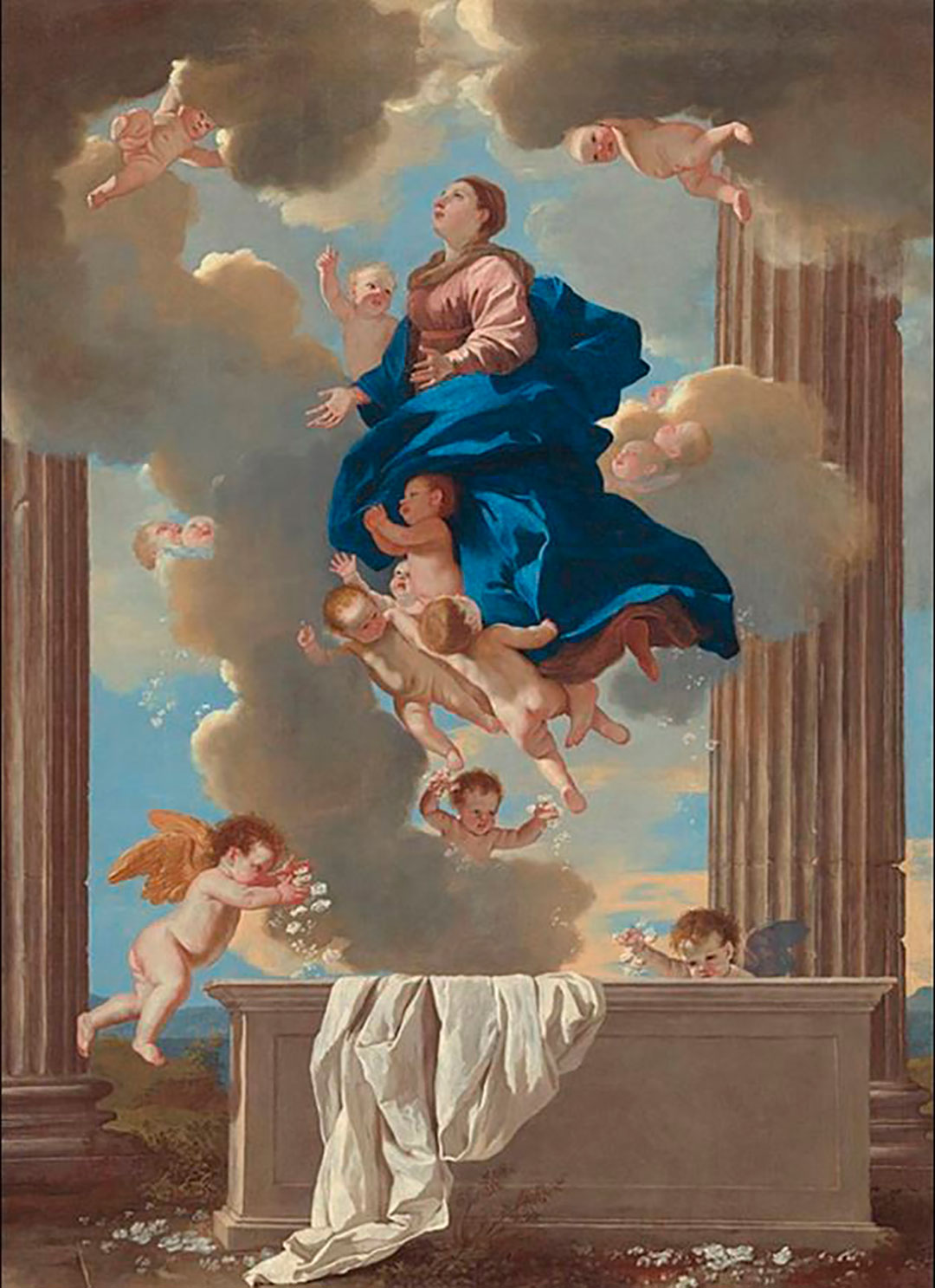 The Assumption of the Virgin Mary, work by Nicolas Poussin

For some Orthodox churches, tradition on this date relates that: “The Blessed Virgin Mary was praying on Mount Elon near Jerusalem, when The Archangel Gabriel appeared to him with a palm branch from heaven in his hands and told him that in three days his earthly life was about to end and the Lord would take him with him. The Lord arranged that at that time, apostles from different countries would meet in Jerusalem. At the time of death, an extraordinary light illuminated the room in which the Virgin Mary lay. Jesus Christ himself appeared, surrounded by angels and took away his purest soul. The apostles buried the purest body of the Mother of God according to her will, at the foot of Mount Elon, in the Garden of Gethsemane, in the grotto, where the bodies of her parents and St. Joseph were found. Many miracles happened during the burial. Just touching the bed of the Mother of God brought back the sight of the blind, the demons were driven away and any disease was cured. Three days after the burial of the Mother of God, the apostle Thomas arrived in Jerusalem, unable to arrive in time. He was deeply saddened not to say goodbye to the Virgin Mary and expressed his desire to worship her most pure body with all his soul. When the grotto where the Virgin Mary was buried was opened, her body was not found and only funeral blankets remained. The astonished apostles returned to their homes. In the evening, while they were praying, they heard the song of an angel and when they looked up They could see the Virgin Mary hanging in the air, surrounded by angels and covered with the glow of heavenly glory. He told the apostles: “Rejoice! I’ll be with you every day!”

As we can see, both in the Church of the West and in the East, the feast is the same, with minor changes. The celebration went deep in America, and although it sounds strange, it was due to climate issues. It’s winter in North America, so going to worship isn’t a big deal. beyond that, The capital in Paraguay is Asuncion and it got this name because it was founded on 15 August. It is a holiday and on that day the image of the Virgin of the Assumption is removed from the national pantheon and taken to the cathedral, where functions and ceremonies are held. Also in the department of Oruro, Bolivia, their patron saint is the festival. 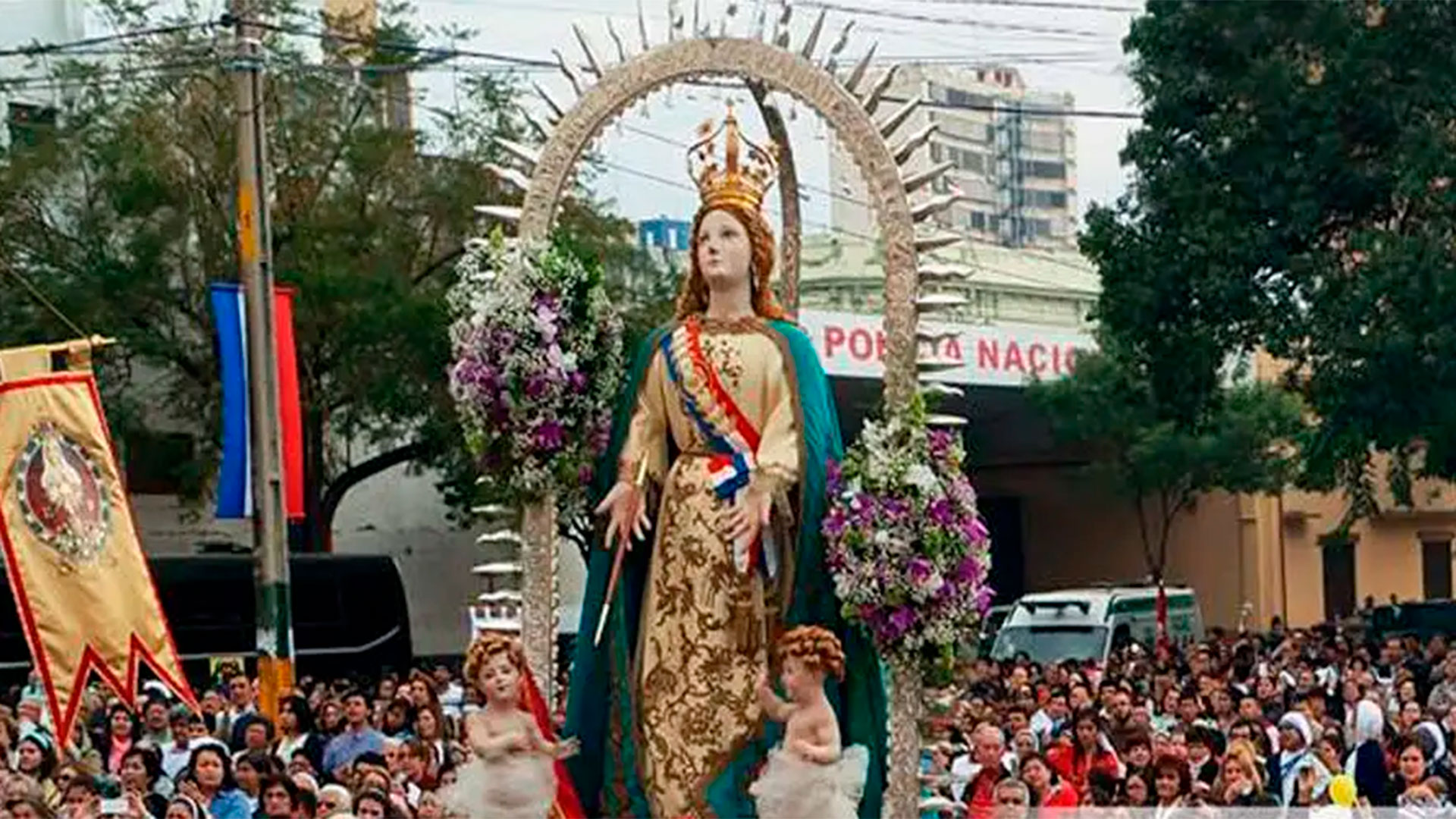 Celebration of the Assumption of the Virgin Mary in the city of Asuncion, Paraguay, founded on August 15, 1537, which bears that name in honor of the dogma

but To this date in Italy begins “Ferragosto”. I end in Latin which means “feria Augusti” which means: the holidays of Augusto. It was the time of a pagan celebration established by Emperor Augustus in 18 BC. And it joined some of the ancient festivities that the same month celebrated the end of agricultural work. There were holidays of all people, free and slaves. The custom continues today as a traditional summer vacation time. Due to the rigors of heatwaves, Italians flee cities to beaches, lakes and mountains.

On the other hand, in Spain, this celebration has great relevance in cities and towns such as the processions in Elche, Molina de Segura, Palma de Mallorca and Seville. being In the city of Elche in Alicante, where an event is taking place that was declared of “historic and tourist interest”, On 18 May 2001 it was declared by UNESCO as an “Oral and Intangible Heritage of Humanity”. 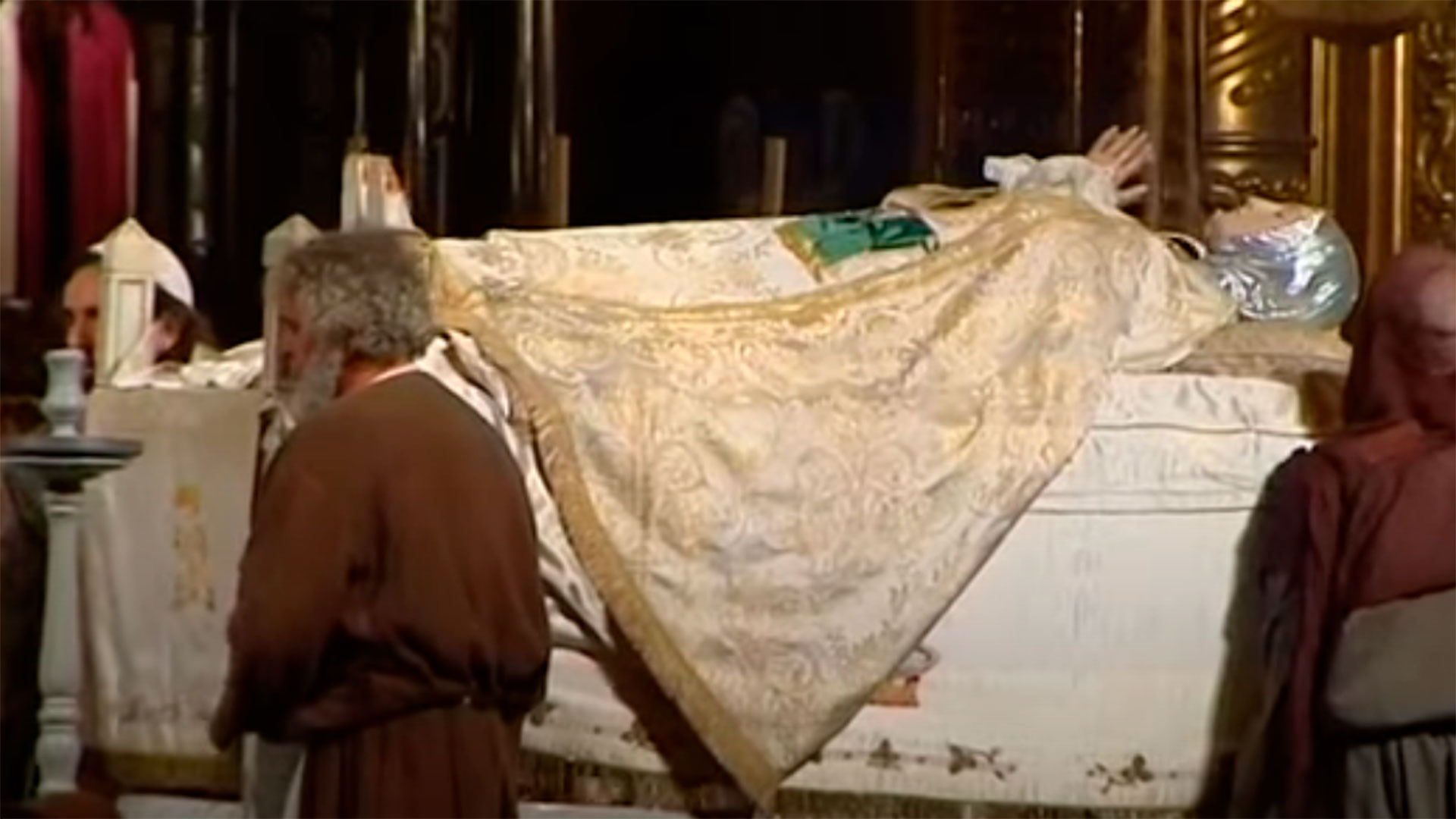 Representation of the sacred-lyrical religious drama that recreates the Dormition, Assumption and Coronation of the Virgin Mary in the Church of Santa Maria de Elche in Spain, considered a “World Heritage” by UNESCO.

where is the event Representation of a sacristy-lyrical religious drama that recreates the Dormition, Assumption, and Coronation of the Virgin Mary Which takes place inside the Basilica of Santa Maria de Elche. Work was started in that city in the middle of the 15th century and its peculiarity is that Actors must all be men, as the presence of women in this type of representation was prohibited in the Middle Ages. Today, that restriction is maintained by tradition.

As we can see, this Catholic and Orthodox festival has different aspects and is celebrated in different ways throughout the Christian world. But everyone wants to celebrate: what is celebrated is the victory of life over death.

The Virgin Mary: 20 Amazing Facts About the Most Honored Woman in Human History
Why do we put together a Christmas tree on December 8, the day of the Virgin