Howler monkey, the roar of the Mexican jungle 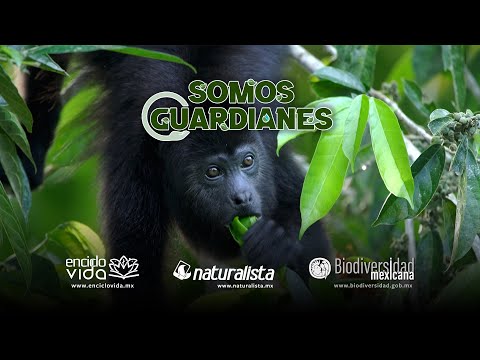 The jungles of Mexico are the scene of an impressive roar that seems to be taken from the annals of ancient explorers, however, the author carrying monkeys Communicating over long distances.

Learn more about this amazing species that is part of the “We are the Guardians” campaign of the National Commission for the Knowledge and Use of Biodiversity (Konabio), which aims to To promote civic participation in the knowledge, appreciation and respect of Mexican nature.

The mighty roar of the howler monkey

Since it has a broad and strong skull, males have developed the hyoid bone of the throat, which forms the resonance box, this allows them to emit their characteristic yell or screamHence its common name.

Males typically howl at dawn and dusk, at the start of rain, and as a warning response to disturbance.

How are howler monkeys?

is one primate Large, prefers to live in trees, and has a significant seed dispersal. according to conabioIts physical characteristics are that it has a large head, a relatively flat face, and a prominent jaw.

Its body is relatively developed and stocky with thick limbs, while its hands have five fingers, although the thumb is not opposable. In addition, they have a long, prehensile tail that is hairless at the tip.

Its body color is black, both on the sides and on the ventral part, as are its shiny black hairs, which are long, especially on the part of the chin where it shaves.

There is marked sexual dimorphism, with males being much larger than females, which are smaller.

They are viviparous and have the ability to maintain their temperature regardless of environmental variations.

It is considered a herbivorous-frugivorous species, which is why it eats fruits, seeds, and young leaves. During the rainy season they prefer young leaves, while in the dry season they eat fruits, seeds and flowers, and when resources become scarce, flocks make short migrations in search of new feeding areas. In fact, howler monkeys can cover a distance of up to 706 meters daily in search of food.

They are gregarious animals, which is why they tend to form small, cohesive and permanent groups of two to six individuals, composed of one to two adult males and the rest being females and juveniles of both sexes.

These sentient primates live in peaceful family groups, where the young explore their surroundings independently, close to the watchful eye of their mothers.

most of the daily activity of carrying monkeys They use it to meet their nutritional needs and spend the rest of the time resting or playing.

Where do howler monkeys live?

It is characterized by dense and abundant tree cover in humid tropical environments (evergreen tropical forests and sub-deciduous tropical forests), including southeastern Tabasco, the central and southern parts of the Yucatán Peninsula, and northeastern Chiapas. Although it also has a presence in Belize and even the central part of Guatemala.

howler monkey It is a common species in protected environments, however, its element rates are low in other types of vegetation.

Why are they at risk of extinction?

according to conabiothere are many factors that make it mono auldor or saraguato At risk of extinction are:

However, this situation is not new, as it went from being a very abundant species in the 19th century to a low population in the early 20th century.

population since the 1970s howler monkey According to the commission the decline has resulted from the destruction and conversion of tropical evergreen forests.

Furthermore, over the centuries it has been subject to hunting pressure from local inhabitants, whether indigenous or mestizo, who hunt it for its skin and meat, and its young are also caught for the pet trade.

Despite this, there are a number of working groups (academics and nongovernmental organizations) that have focused on the study and development of management programs for the species and environmental education in cities surrounding the species’ living areas.

In the case of puppies, they are persecuted and captured to be sold as pets within the illegal trade.