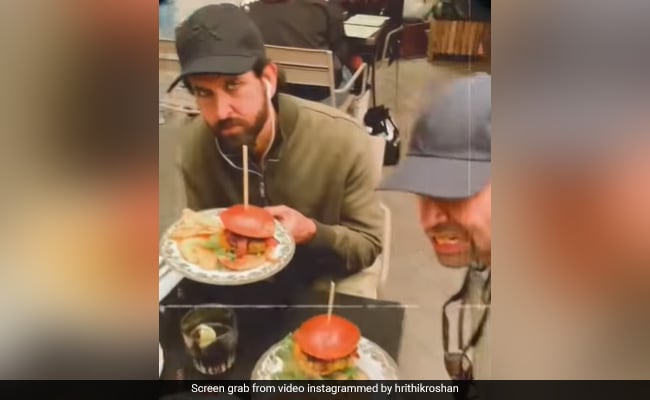 Is Hrithik Roshan a foodie? A big yes. And his latest post proves the same. The actor recently stepped out for an outing with his team and indulged in burgers, fries, chips and sandwiches and posted a video of his team members sitting around a sumptuous spread and posing for the camera. Were were In the caption, Hrithik wrote, “Found myself a team that loves food as much as I love food. Foodies come together!” And added the hashtags “My Team” and “Travel Memories”. In the video, the actor is looking at his partner and prompting him to dig in, while the rest are trying to pose with their plates full of burgers and fries.

Saba Azad, who is in a relationship with Hrithik, reacted to the video, especially on the actor’s expression. Her response was a hilarious yet relatable one. She wrote, “Hahahahaha there’s that “ok we can already eat” face.” Deepika Padukone also commented on Hrithik’s post and wrote, “Hey! Wait for me!” Hrithik and Deepika will be seen in the film Warrior, 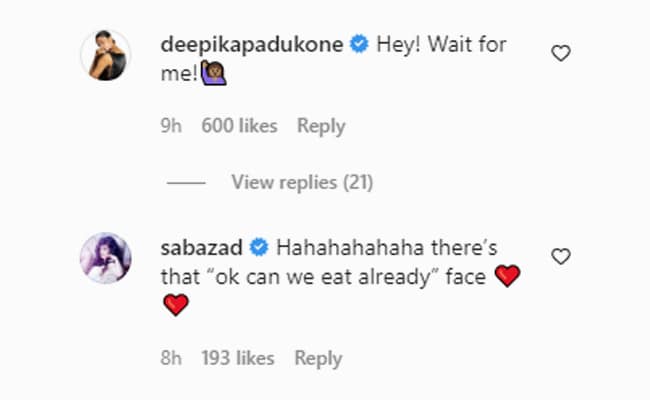 Talking about the work front, Hrithik has wrapped up recently. Vikram Vedha, which is a Hindi remake of the 2017 Telugu hit starring Vijay Sethupathi and R Madhavan. A few days back, Hrithik along with the makers posted pictures with Saif Ali Khan, who stars in the film.

He wrote, “Vikram Vedha’s journey began with its own set of external challenges, with the pandemic and uncertainties… but looking back, it contributed to our preparedness and performance.”

In a detailed post, he also thanked his co-stars for helping him transform into “Vedha” during the preparation. He wrote, “For me, becoming Vedha, good or bad, would not have been possible without the powerful presence of Saif Ali Khan as Vikram, apart from all my co-actors esp Rohit Saraf, Radhika Apte and Yogita Bihani who gave me Inspired as an artist.”

Hrithik has Siddharth Anand’s later Warrior With Deepika Padukone in the line-up.