Human-generated noise forces dolphins to ‘shout’ at each other 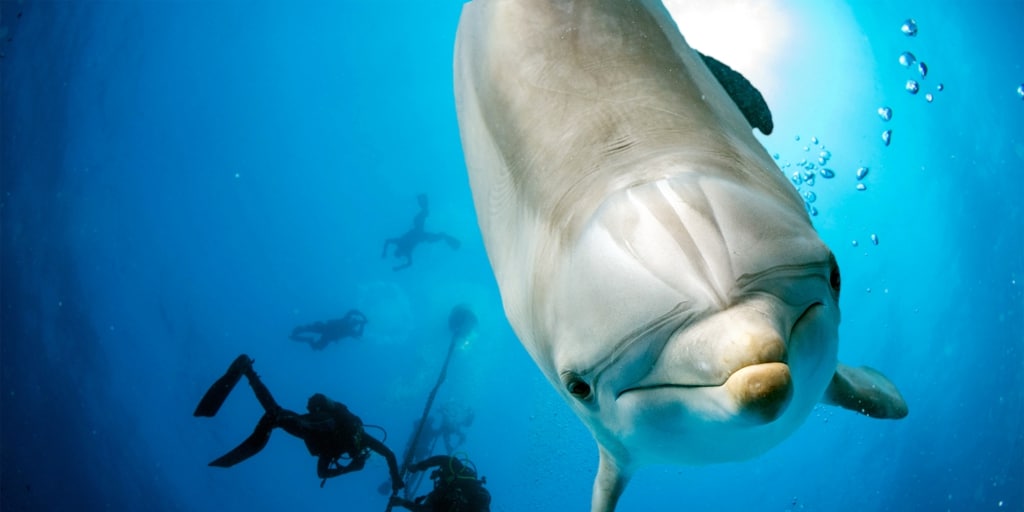 Dolphins, especially social and intelligent mammals, use whistles to communicate with each other. It has also been found that some species are identified with ‘names’, different chirps for each specimen. This exchange of information is essential for various cooperative activities, such as hunting or reproduction. However, noise generated by human activities, such as drilling or shipping, can make these ‘conversations’ difficult and negatively affect your health. A small study conducted with two samples in an experimental environment shows Dolphins ‘scream’ when they try to work together In response to increased noise levels under water.

“The same reasons that make the use of sound so beneficial to animals also make them susceptible to noise disturbances in the environment,” says Pernille Sorensen from the University of Bristol, UK. “Over the last two decades, we have seen dramatic increase in man-made noise, And noise pollution in the oceans is no exception,” he explains.

The two dolphins observed in the study, ‘Delta’ and ‘Reese’, were placed in an experimental lagoon and fitted with suction cup sound recorders to record their vocalisations. The controlled environment allowed them to closely observe the dolphins, something that would have been very difficult in the wild.

The specimens had to work together to press their own water buttons placed at each end of the lagoon within a second of each other. They were released from a starting point during each trial, and for some trials, one of the dolphins was held for five to 10 seconds while the other was released immediately. In delayed release trials, the dolphins had to rely solely on vocal communication to coordinate button presses.

The researchers found that when increasing levels of noise were played from underwater speakers, both dolphins He compensated for this by changing the volume and duration of his calls. Press the button to sync. From the lowest to the highest noise levels, the dolphins’ success rates dropped from 85% to 62.5%. That is to say, although they tried to communicate, the excessive noise affected them in solving the task.

Dolphins, as the authors explain in ‘Current Biology’, not only changed their calls, but also He changed his body language. As noise levels increased, dolphins were more likely to reorient themselves to face each other, and were also more likely to swim to the other side of the lagoon to get closer to them.

“Our work shows that despite their efforts to compensate, being highly motivated and the fact that they know this cooperative task so well, noise still reduces their ability to coordinate successfully.” pays,” Sorenson says.

While this research was conducted with dolphins living in human care, human-generated noise can have harmful effects on wild dolphins as well. “If groups of wild animals, for example, are less efficient at cooperatively foraging for food, then one of its negative impact on personal health, Which will ultimately affect the health of the population,” says co-author Stephanie King, an associate professor at the University of Bristol, Bristol, UK.

“Our results clearly add to the understanding of how noise affects group functions in wild animals,” says Sorensen.