“Humanity has become a weapon of mass extinction,” the UN chief warned. 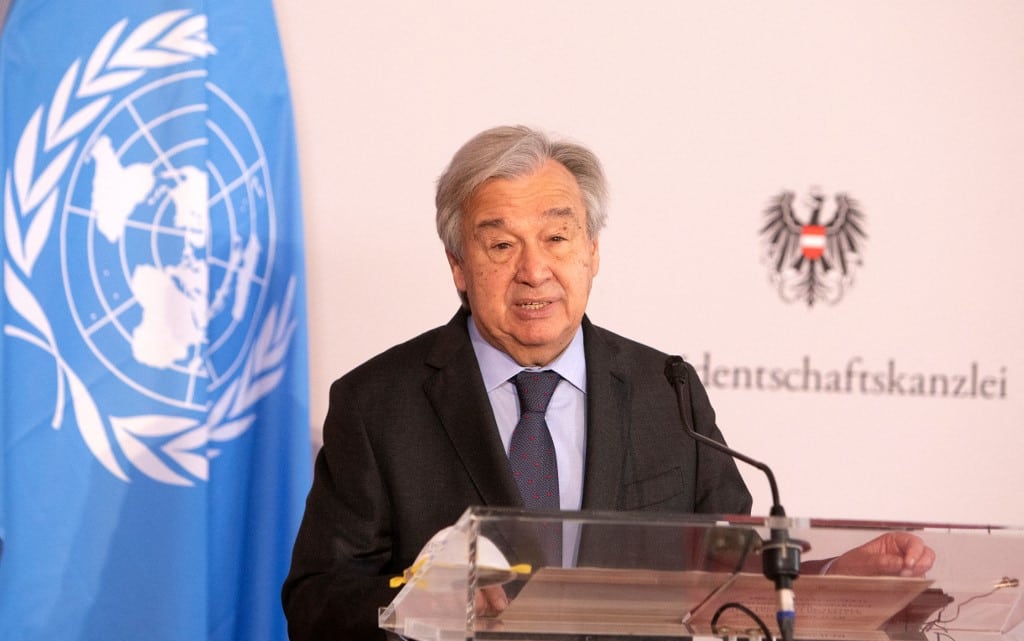 UN Secretary-General Antonio Guterres warned at an event in Montreal on the eve of the biodiversity COP15 conference that humanity has become nature’s “weapon of mass extinction” which “we treat like a toilet”.

Guterres also criticized multinational companies for turning ecosystems into “toys for profit” and warned that if the course was not corrected, the consequences would be disastrous.

Since taking office in 2017, the former Portuguese prime minister has made climate change his frontline.

His fiery denunciation at the formal opening of COP15 shows that he is also concerned about the fate of the world’s endangered plants and animals, understanding that this is the same crisis.

Guterres spoke after Canadian Prime Minister Justin Trudeau, whose speech was interrupted for a few minutes by a dozen representatives of indigenous peoples. Carrying a banner that read “Indigenous Genocide = Ecocide”, he was peacefully escorted out, receiving supportive applause from the room.

“As you can also see, Canada is a place of free expression, where individuals and communities are free to express themselves openly and assertively. And we thank you for sharing your views,” Trudeau said in response to the situation.

The challenges of COP15 are immense: a million species are at risk of extinction, a third of the world’s land is severely degraded and fertile soils are disappearing, while pollution and climate change accelerate the erosion of the oceans.

Chemicals, plastics and air pollution are choking land, water and air, while global warming from burning fossil fuels is causing climate chaos, from heat waves and wildfires to droughts and floods.

From December 7 to December 19, more than 190 countries are coming together in an effort to create a “Paris moment” by sealing a 10-year deal for nature that will prevent a sixth mass extinction. But the outcome of the talks, which include some 20 goals to protect ecosystems by 2030, remains uncertain.

“Today we are not in harmony with nature, on the contrary, we are playing a very different chord”, “a cacophony of chaos played with the instruments of destruction”, summed up the UN Secretary-General.

“And in the end, we are killing ourselves by proxy,” he said, citing the consequences of loss of employment, hunger, disease and death.

On the other hand, the economic loss due to degradation of ecosystems is estimated at $3 trillion per year from 2030.

However, although the scientific evidence is hardly disputed, there are still many points of friction between members of the United Nations Convention on Biological Diversity (CBD) (195 states and the European Union, but without the United States, which nevertheless is an influential observer.

Of the twenty goals being debated, the flagship ambition, dubbed 30×30, aspires to have at least 30% of the planet’s land and seas under minimum legal protection by 2030. This is in contrast to the previous 17% and 10% respectively. 2010 settlement.

But, once again, the question of funding these measures could be a sticking point, as developing countries seek to create a fund like the one set aside for climate.

Apart from the Prime Minister of Canada, no head of state or government is expected in Montreal, while Egypt had more than 110.