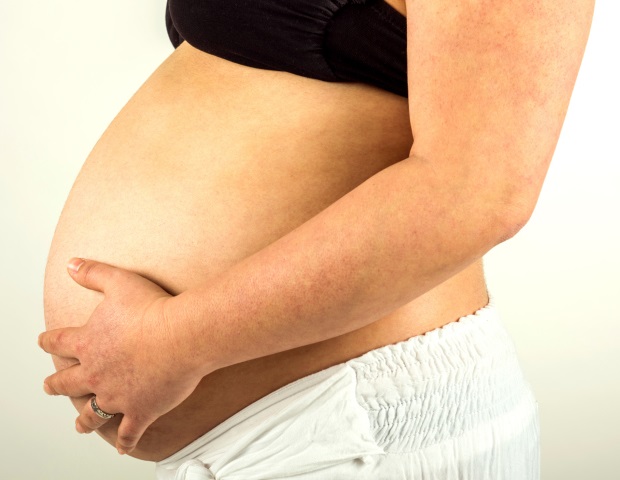 Women who experienced complications related to developing high blood pressure, or hypertension, during pregnancy had a 63% increased risk for developing cardiovascular disease later in life, according to research funded by the National Heart, Lung, and Blood Institute (NHLBI), part of the National Institutes of Health.

The findings, published in the Journal of the American College of Cardiology, could support healthcare providers in developing personalized heart disease prevention and monitoring strategies for women who had hypertension during pregnancy. The information could also help bridge the gap that often occurs after a woman ends obstetric care and resumes or starts care with another provider.

Using health data shared by more than 60,000 participants in the Nurses’ Health Study II, the research represents one of the most comprehensive reviews evaluating links between future cardiovascular events in women who have had preeclampsia or gestational hypertension. Gestational hypertension is characterized by an increase in blood pressure during pregnancy. Preeclampsia is a more severe complication marked by a sudden rise in blood pressure that can affect the organs and be dangerous for both mother and baby. Both conditions are often diagnosed after 20 weeks of pregnancy.

Women with a history of gestational hypertension or preeclampsia should be informed that they have an increased risk for cardiovascular disease. While the American Heart Association and American College of Cardiology recognize these conditions as cardiovascular risk factors, women and their providers have lacked clear direction on what to do in the intervening years between delivery of a hypertensive pregnancy and the onset of cardiovascular disease.”

In this study, almost 10% of women developed hypertension during their first pregnancy. Among these women, 3,834 (6.4%) developed preeclampsia and 1,789 (3%) developed gestational hypertension. Women who were obese before pregnancy were three times more likely to experience a hypertensive pregnancy disorder, and those with a family history of heart disease or stroke also shared increased risks. In their analysis, the researchers controlled for these and other important pre-pregnancy factors that could increase the risk of developing hypertension during pregnancy and having a heart attack or stroke later in life.

After about 30 years, when the average age of women in the study was 61 years, approximately 1,074 (1.8%) of study participants had experienced a cardiovascular event, such as a heart attack or stroke. The type of event women had – and when they had it – often overlapped with specific pregnancy complications.

“This study reinforces how important it is for women and their healthcare providers to address known cardiovascular disease risk factors, such as obesity or having high blood pressure, while thinking about starting a family and then during and after during pregnancy,” said Victoria Pemberton, RNC, a program officer at NHLBI.

For future research, Stuart said diversity is key. Most women in the Nurses’ Health Study II were white, which means the percentage of women affected by different risk factors may vary. The study also provides a foundation to expand on emerging associations, such as studying links between gestational hypertension and stroke and between preeclampsia and coronary artery disease.

Investigating these pathways may help clarify why some women who experienced preeclampsia are more likely to develop heart disease. By better understanding these connections, researchers may be able to contribute insight to help healthcare providers provide even more personalized recommendations and strategies for women at greatest risk.

The research was also supported by grants from the National Cancer Institute and the Eunice Kennedy Shriver National Institute of Child Health and Human Development.