‘I don’t think it’s fair’: Canadians who didn’t use ArriveCan for travel press for quarantine relief 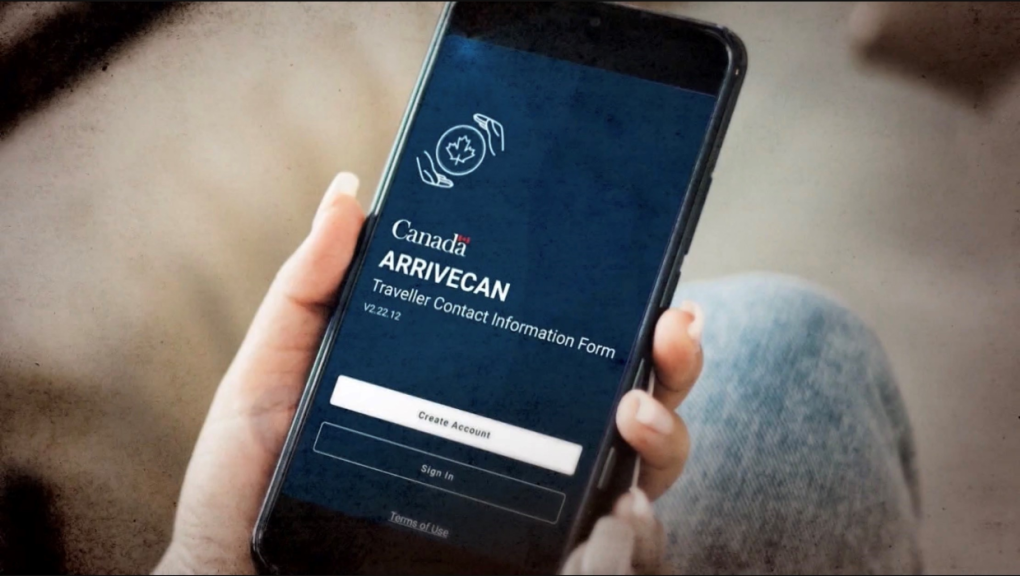 Canadians returning from trips need to be fully vaccinated, bring their passport and fill out the ArriveCan app. But those who didn’t prior to Dec. 7, are being offered no relief from quarantine orders.

One of those people is Erika Lewis of London, who crossed into the United States for a couple hours of shopping on Dec. 2.

She was not aware of the requirement to fill out the ArriveCan app within 72 hours of returning to Canada, and was met with some bad news when she pulled up to the Canada Border Services Agency (CBSA) primary inspection line.

“He said, ‘You’re quarantined for 14 days,’ handed in the blue boxes and said, ‘You can go now,'” says Erika, who adds she wasn’t offered any other option.

The essential health care worker, who is fully vaccinated with a booster, learned on Tuesday that travelers would be greeted with a certain level of leniency at the border — after Public Safety Minister Marco Mendicino remarked in the House of Commons that leniency would be granted “to provide the opportunity for travelers to provide the information that is necessary on ArriveCan, in person at the borders.”

Now, people like Erika who crossed before then are looking for the same courtesy.

“I don’t think it’s fair, I went over the border fully vaccinated,” she says. “Changes need to be made.”

Read Also:  The Canadian men's football team returns to the field after a three-day strike. offside

Jeff Young of Puce is in the same predicament.

“I’m under house arrest by a customs officer,” says Young, who crossed over Dec. 4 for two hours.

He also didn’t know about the requirement for the ArriveCan app until after he was placed in quarantine.

“I’m a fully vaccinated person from four months ago. Why would you want me to stay in my house for two weeks, without pay, basically under arrest for no reason whatsoever other than the semantics of having a QR code receipt,” says Young.

Neither Young nor Erika were given the opportunity to download the app on site and fill it out, a process both did in a matter of minutes, right after clearing customs.

“For all of us that are stuck in limbo at home, not able to work and earn income, I would like something to happen quickly so we can get back to work and leave our homes,” Young says.

Chris Lewis, the Conservative MP for Essex, says his office has received hundreds of calls on the issue.

“People are frustrated, people are concerned.”

The Conservative Party blames the Liberal government for poor communication and wants the government to revoke the “erroneous quarantine orders for fully vaccinated Canadians who have been wrongly punished due to this government’s bungled ArriveCan app policy.”

“Give us clarity and not only for the travellers, but also for the officers at the border,” says the Essex MP, who promises to push for answers. “There’s no direction. There’s all these beautiful pie in the sky promises, but no action.”

In a statement to CTV News, a CBSA spokesperson said, “If officers encounter travellers who were unaware of the mandatory use of ArriveCan, they will help them to the extent possible for that passage and ensure to inform travelers that future passages will require ArriveCan. “

But those who crossed before Tuesday’s directive from the public safety minister look to be out of luck when it comes to any sort of quarantine compromise.

“Travellers who are already in quarantine for not meeting the mandatory requirements have to complete both Day 1 and Day 8 tests and quarantine for the full 14 days,” says CBSA media relations officer Louis-Carl Brissette Lesage.

The use of ArriveCan has been mandatory for land travelers since February 2021 and has been downloaded more than 4.3 million times since it was first launched in April 2020, according to the CBSA.

Even with leniency, the CBSA stresses ArriveCan remains mandatory for all travelers entering Canada.

Getting to Know the Solar System: Definition, Arrangement and Explanation