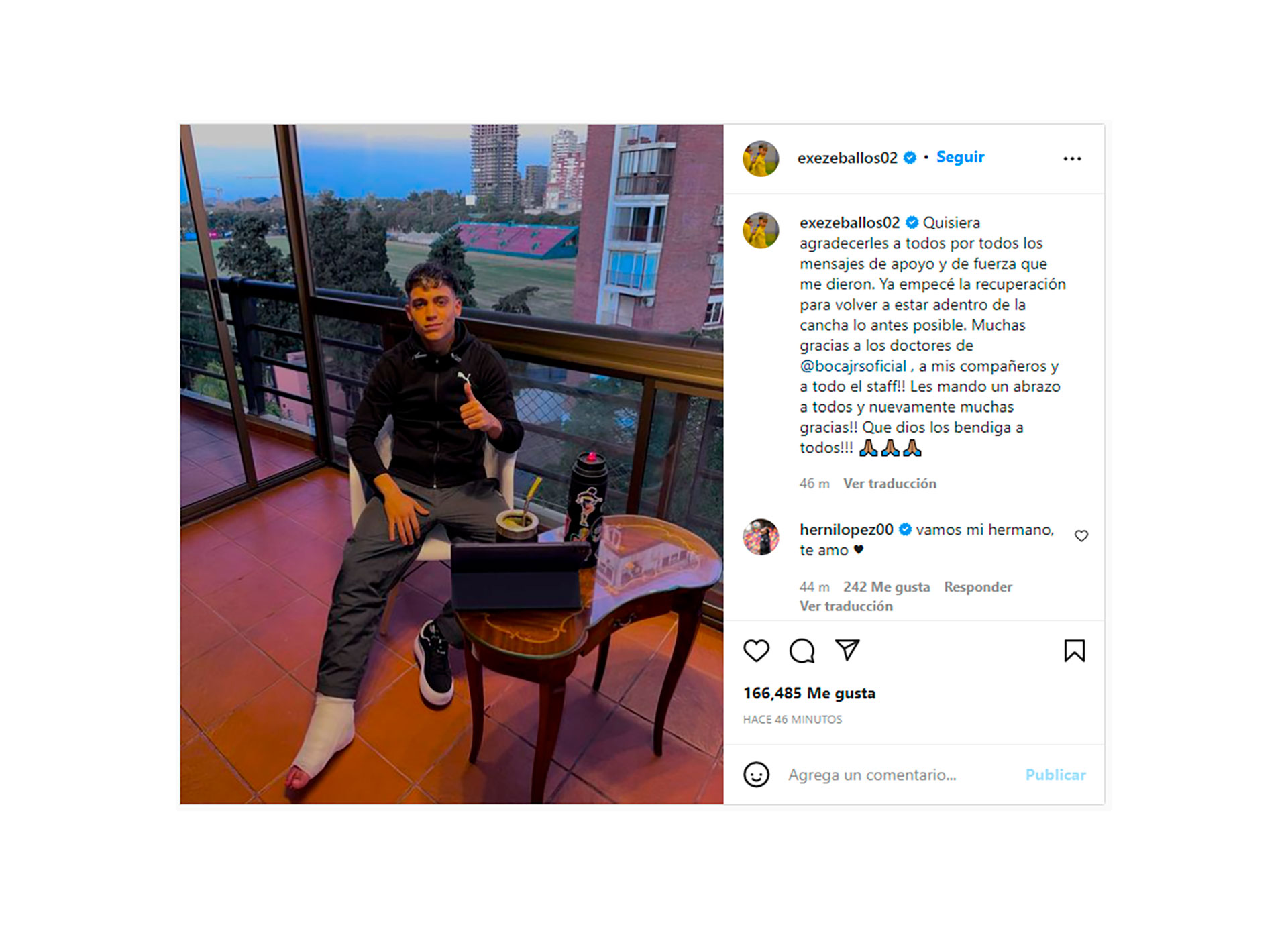 exequiel zebalos He comes from going through his most painful hours as he . jumped into the professional team of Boca Juniors, He suffered a serious injury five minutes into the match against Agropecurio in the Copa Argentina, undergoing surgery to begin a recovery process that would sustain him Away from the fields for four to six months Of the game

Hours after leaving La Trinidad Sanitarium in San Isidro, the 20-year-old soccer player took to his social network to speak for the first time about what happened: “I want to thank you all for the support and strength you have given me. I have started recovery to return to court as soon as possible, Many thanks to the doctors of Boca, my colleagues and all the staff! I hug you all and thank you very much again! God bless you all!”.

post of changuito It was accompanied by a picture in which he was seen drinking on a balcony with a thermos with a Diego Maradona sticker on it. The image shows the bandage he has placed on his right leg after an intervention by a medical team led by Dr. George Batista. 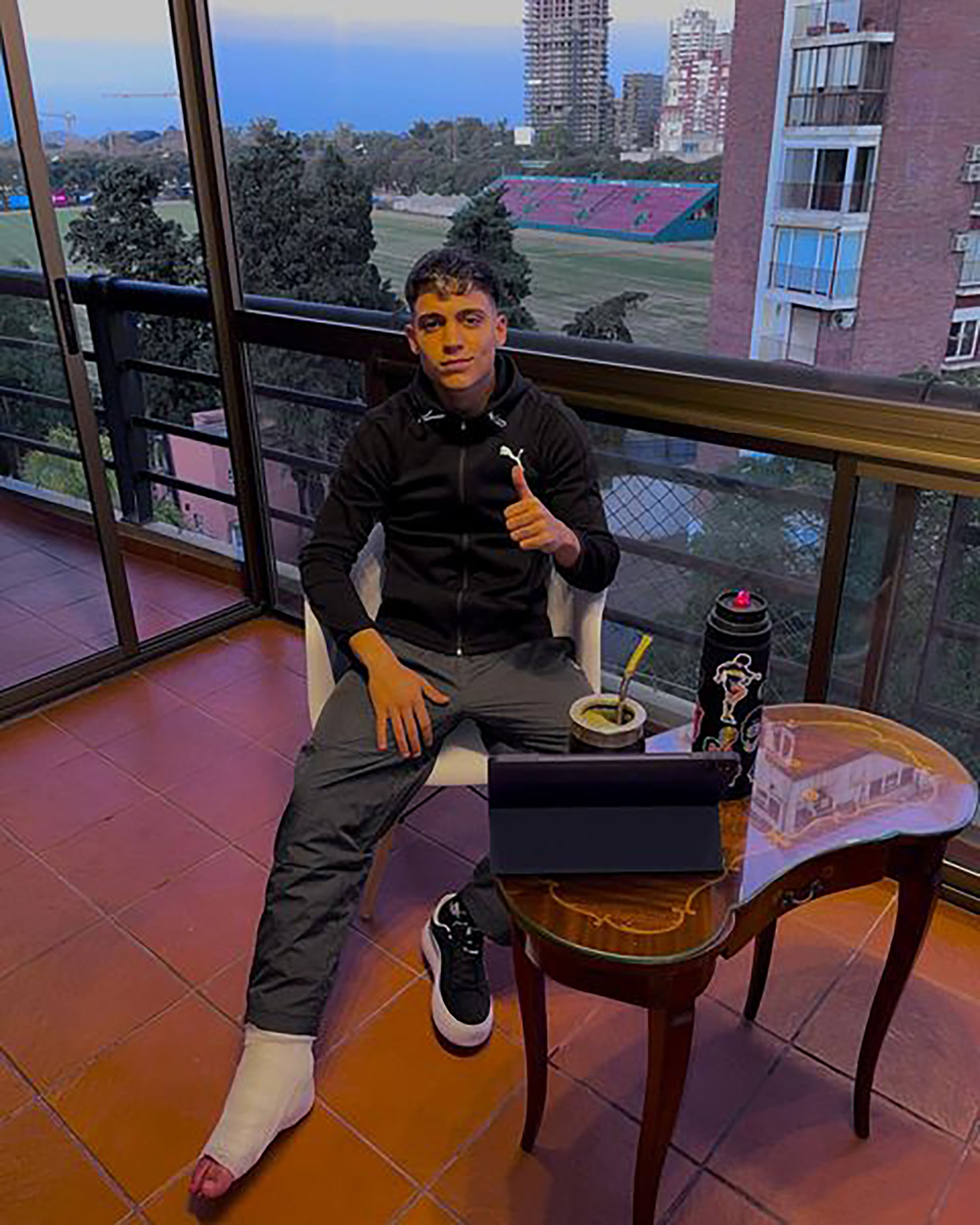 A photo shared by Changuito

“He had a distal tibiofibular syndesmosis with injury to the deltoid ligament and protrusion of the malleolus behind the right ankle,” the medical report was released. zenise The first studies have only been done. Hours later, the special report said: “Good post-surgical development. On hold until next week. is not stable, You will then need to complete three weeks without support and three weeks with partial support (using crutches) to complete rehabilitation. Estimated time to return to competitive sports practice between 4 and 6 months,

Juan José Villafane (national registration 14,750 and provincial registration 1,230), a graduate in kinesiology and physiology, who serves on the professional team of Arsenal de Sarandi, explained earlier infobae What happened to the striker who has renewed his contract until 2026 zenise: “the strokes a torsion produced, The kick was so strong that it caused a dislocation, that is, the tearing of one of the two malleoli (this was the previous one). Tore it. Because of which surgery was needed. The internal ligament, instead of breaking, tears a piece of bone (avulsion) and injures the external ligament that connects the tibia and fibula.

It should be noted that Agropecurio soccer player Milton Leendecker, the author of the kick that injured the young striker on Friday, was stopped by the clinic to personally apologize: “I just went upstairs and he’s fine. He accepted me.” And the truth is I was shocked, he’s a wonderful kid. I was upset, I wanted to see him before I spoke. I see it so well, I see it strong. I know he’s in the best ways Will return from.”

Shocking image of how Xquel Zebalos ankle turned out after serious injury
“The kick was so strong it tore a piece of bone”: Explanation of Zeballos’ injury and estimated time of his return
Boca Juniors confirms how long Axquil Zeballos will be without a game after the operation