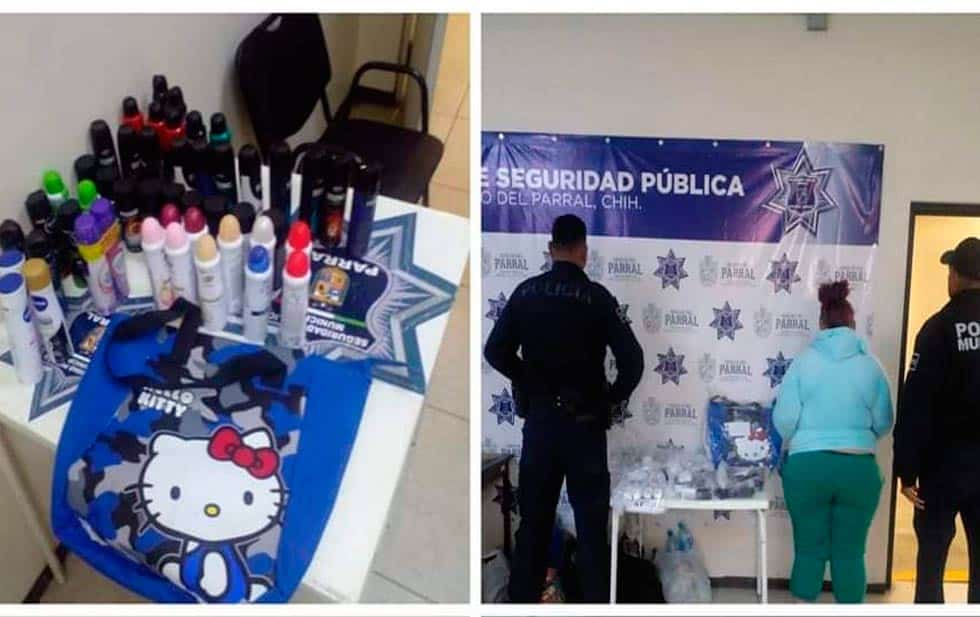 parallel, mark.- Elements of the General Directorate of Municipal Public Security detained a 35-year-old woman who was allegedly caught trying to steal a total of 50 items from a supermarket located on Niños Heros Avenue.

The said incident occurred after uniformed officers became aware of a report released to the 911 system stating that a female individual had tried to steal various items at an establishment called the Mercado Soriana.

Once on scene, officers met with the assistant manager, who said that while reviewing security cameras, a woman wearing green pants, a blue sweatshirt, and a red hat was seen carrying several deodorants in a cloth bag .

In this sense, he explained that in the company of a person from the Department of Prevention, he caught her at the exit, for which he detained the woman and finally requested the support of the Public Security.

As a result of the foregoing, the preventive agents led to the arrest, which identified himself as Arora GC, 35 years old, who, after being read his rights, was handed over to the competent authorities for the alleged offense of robbery. The above supermarkets, the items in question are the following: