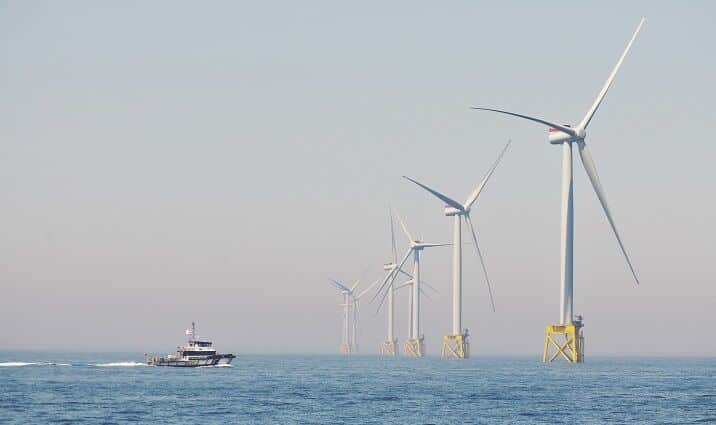 ‘Vineyard Wind 1’ is an offshore wind project that will have a capacity of 800 megawatts (MW) in waters off the coast of Massachusetts and is owned by a 50% joint venture between Avangrid and Danish fund Copenhagen Infrastructure Partners (PIC). ,

Through these agreements, Iberdrola will provide services to the subsidiary ‘Vineyard Wind 1’ project and lead the wind farm’s operations management, which includes overseeing critical tasks such as maintenance of turbines, cables and substations, coordinating contractors, and maintenance of the wind farm. and a permanent service control center, among others.

Avangrid will employ approximately 20 technically skilled employees, including key positions who will receive intensive training overseas through Iberdrola’s operational offshore wind farms in the UK and other European countries, preparing them to operate the state-of-the-art facility. will gain help in. United States. joined in.

Read Also:  Cane toads have reduced the deadly reptile's population by almost 90 percent, but they thrive on the island

AvanGrid’s CEO, Pedro Azagra, explained that the company is “proud to be a leader in the offshore wind industry in the United States and, by leveraging the Iberdrola Group’s global experience and a trained and talented local workforce, it is responsible for project operations and performance.” Well positioned to maximize.

Likewise, he stressed that offshore wind power represents “a great opportunity to advance the United States’ ambitious climate goals” and highlighted that “the successful completion and operation of ‘Vineyard Wind 1′” Lay the foundation for continuous development. industry for decades to come.’

Vineyard Wind 1 is scheduled to begin delivering clean energy to Massachusetts in 2023 and reach commercial operation in 2024.

Iberdrola, through Avangrid, has a portfolio of approximately five GW of offshore wind projects in the United States. In addition to its 50% stake in ‘Vineyard Wind 1’, it owns 100% of the 1,200 MW ‘Commonwealth Wind’ project, which is also off the coast of Massachusetts; As well as 804 MW and ‘Park City Wind’ in Connecticut waters, and 2,500 MW ‘Kitty Hawk Wind’ off the coast of North Carolina.

For its part, in Iberdrola’s global renewable energy portfolio, which totals 90 GW, offshore wind power appears as one of the main growth opportunities for the group.

In the past year, the group, headed by Ignacio Sánchez Galán, has invested in new development platforms in countries such as Poland, Sweden, Ireland, Japan and Australia, among other countries, increasing the size of the group’s global offshore wind portfolio to 31.7 GW Is. ,

‘They are nice to me, I’m nice to them’: new research sheds light on what motivates political party donors in New Zealand

Video: 21-year-old Washington Sundar hit fours in such a way that Virat Kohli was shocked by the use of wrists and applying beautiful shots.