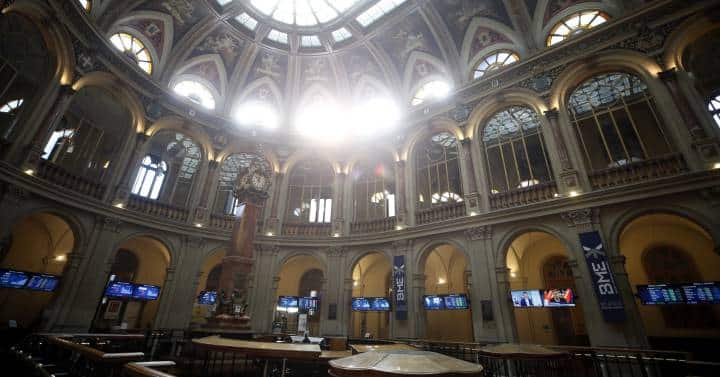 Las european stock Registered falls in the early stages of the session, following the bearish mark of Asia and paying attention US employment data, which could determine the Fed’s next interest rate decisions. Unemployment data is published in Spain.

Ibex 35, which ended yesterday with an increase of 0.53% and above 8,400 points, returns about 0.4% and falls to 8,370 points. Within the Spanish selective, Acciona is the value that gives the most, 2.2%. They are followed by CaixaBank and Repsol with losses of more than 1% each. Some values ​​go up. Colonial stands out with an increase of 1%.

European Central Bank (ECB) President Christine Lagarde acknowledged this Friday that fiscal and monetary policies must work “in unison” to guarantee sustainable economic growth amid the various “uncertainties” that mark the global landscape, as They said. Event organized by Bank of Thailand in Bangkok.

Wall Street closed last night with the Dow Jones down 0.32% after Federal Reserve (Fed) Chairman Jerome Powell predicted that interest rate hikes were going to slow. As of December.” In Asia, the Nikkei fell 1.59% due to the yen’s strength against the dollar, a trend that caused capital flight among the Asian country’s exporters.

Powell said the central bank’s rate hikes would slow “by December at the earliest”, hinting that the next increase could be half a point instead of 0.75 as previously thought, although he noted that inflation is still too high, with rates is too high to contain growth, and so the official interest rate will have to remain high for longer than expected.

The movements coincided with the publication of the previous basic personal consumption expenditure index in the US for October, which stood at 0.2%, 0.1% below estimates from analysts consulted by Dow Jones and cited by the CNBC website. Today, the focus is on the US Jobs Report for November. 200,000 non-farm payrolls are expected to be created (down from October) and the unemployment rate will remain at 3.7%.

“Intentionally or not, Powell sent a message that, in light of the tightening already done, he is now focused more on the growth outlook and the jobs outlook than on getting inflation down to 2%.” said Wolfe Research’s head of investment strategy, Chris Senek, as quoted by CNBC.

In the oil market, Europe’s benchmark Brent is trading almost flat at $ 86.87 per barrel. Earn 4% a week. In currencies, the euro gained minor positions against the dollar to settle at 1.0527 ‘greenback’.