During these last four weeks, journalists ciro gomez leva He has gone through various mental moments, in a wave of sadness attack against and a deep Thankfulness By signs of affection Received after the fact. 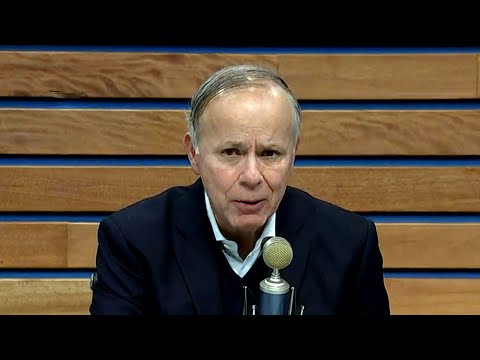 “Tomorrow it will be four weeks. I have gone through different states of mind. The first was a great sadness,” said the communicator in an interview with joaquin lopez-doriga in formula group, About the attempt on his life on 15 December.

gomez leva He explained that, instead of feeling powerless or angry at what he had endured, he was overcome by a sense of sadness. Also, the show of affection and solidarity from everyone around him instilled a sense of gratitude.

“It was not anger, it was fear; It was sad because someone wanted to kill me. Well, for me it turned into sadness, but also, the encouragement of so many people, the affection of so many people, the solidarity of so many people. The day the whole journalism industry, and we know that our environment is tough, competitive, petty, tough, as well as my neighbors, my friends, people I haven’t seen in a long time.. I’ve been living with those feelings since,” he explained.

At 11:10 pm, 200 meters from my house, two motorcycle-borne men shot at me, apparently with the intention of killing me. The armor of the truck I was driving saved me and I have reported the matter to the authorities. GLC

Progress has been made, my case has not been filed: Ciro Gomez Leyva

ciro gomez leva said that the information presented by today government of mexico cityWith the progress in the investigation of his case, there is a positive sign, which may indicate that the authorities are working and did not register their case, which is why they have led the authorities to arrest 11 people this Wednesday. Thanked

The government of CDMX revealed how they persecuted journalist Ciro Gómez Leyva, who faced an attack against him on 15 December. It was the operation that managed to arrest 11 people allegedly belonging to a criminal group.

The communicator reported that these advances “lead her to think” that the Authority is working on her case.

“The first (message) gives information, which I think the authorities or officials are working on. first point. It doesn’t matter to me that they filed, they are working. second, there’s information about, if you’ll allow me to call it, execution operative, And, as I understand it, because I’m still analyzing it and see how we present it at night (in your location at Grupo Imagen), as we understand it, this operation follows that car Who blocked my way, and from that, they are tracing the pass and arrested 11 people. On the one hand, the authority is working, and I see that there are advances and arrests in connection with the operation of the gallows.

gomez leva indicated that, according to what was seen in the actions of the alleged perpetrators, there is an “expression of protection” from the alleged attackers, since as seen in the video shown by the Civil Protection Secretariat of Mexico City, they are visible in the streets. while walking, and when caught while parked.

From what was shown in the video, the attackers, at the moment they were captured by security cameras, “already have to know that they didn’t kill me,” he said.

“But even then, they felt comfortable parking one or more cars and going outside to talk. Who knows how long they kept talking,” he said.

“Let’s see where these arrests lead”

As we told you in this space that on the night of December 15, journalists ciro gomez leva He denounced on social networks that at 11:10 pm, 200 meters from his house, two men on a motorcycle shot at him “apparently with the clear intention to kill me.”

ciro gomez levaAfter the attack, he was found safe, unharmed. 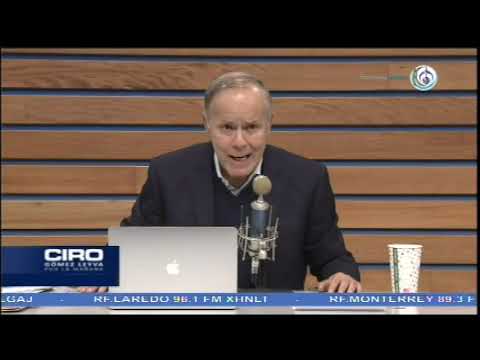 Presenter in this regard radio formula explained that, after four weeks Violation Against that, he maintains the position he pointed out the next day: someone tried to kill him and he still doesn’t know who or what they were.

“I said it on these frequencies; since that night i haven’t received any messages, some warning, something that maintained continuity, or someone who tried to be identified as responsible. I keep the same things I said the day after the attack: someone tried to kill me, I don’t know who, I don’t know why. Let’s see where these arrests lead.”

Ciro Gomez Leyva (@CiroGomezL) indicated that he does not know the origin of the direct hit in his car, which luckily is armored. He told how he got through such a sensitive and difficult moment. pic.twitter.com/0WfQcmSyjD

He also said that he had no logic to question what was presented by SSC CDMX today, for which he thanked the officials for their work in his case.

“I have no argument to technically question the information presented today, and I have to thank the authorities for their actions in bringing this matter to attention.”

Omar García Harfuch, the local civil protection secretary, said the men identified as the alleged assailants of journalist Ciro Gómez Leyva fled north of the capital and managed to cross into the state of Mexico.

In conclusion, the journalist deals with the desire to lead a normal life again and the luxury of continuing his work as before.

“Everyone has their luxuries in life, especially in these moments of life. My life has its extravagant share of luxuries, it was, well, going out, let alone walking. Let alone my life going to the pharmacy, going to the bank, going to the nursery, going out with my friends, going for coffee if it happened to me, ”he said.

In an act of confession, he said that “frankly”, since the day of the attack, his days have not returned to the same, but he has a fervent wish that those days come again.

“I had to suspend him (his lifestyle) since the morning of the attack. A security apparatus is very tight around me. I hope we can start it again soon, and I’m fighting because the desire to continue working, to continue doing my job, to survive, the negativity that appears with these events, the sadness doesn’t lose sight of other feelings,” he said.

“But here I am talking to you, working with you. I go to work in the morning, I work at night, I really, I really want to keep producing for a while and I want to live for a while.”

He explained that since the day of the attack the safety equipment the officers have given him has worked, and it “makes him feel very safe.”

He explained that he has not been able to return to his normal activities, the life he had before the attack, but said he lives with hope for a “change of life”.

“I haven’t experienced that moment of return to everyday life that I had until the night of December 15th. I went from that night to a safety device, to a change of life, for now. But, as That I said just a moment ago, I have other things to focus on. And there will come a time when we have to review these instruments.”