Immune cell hacking may have potential benefit in cancer treatment 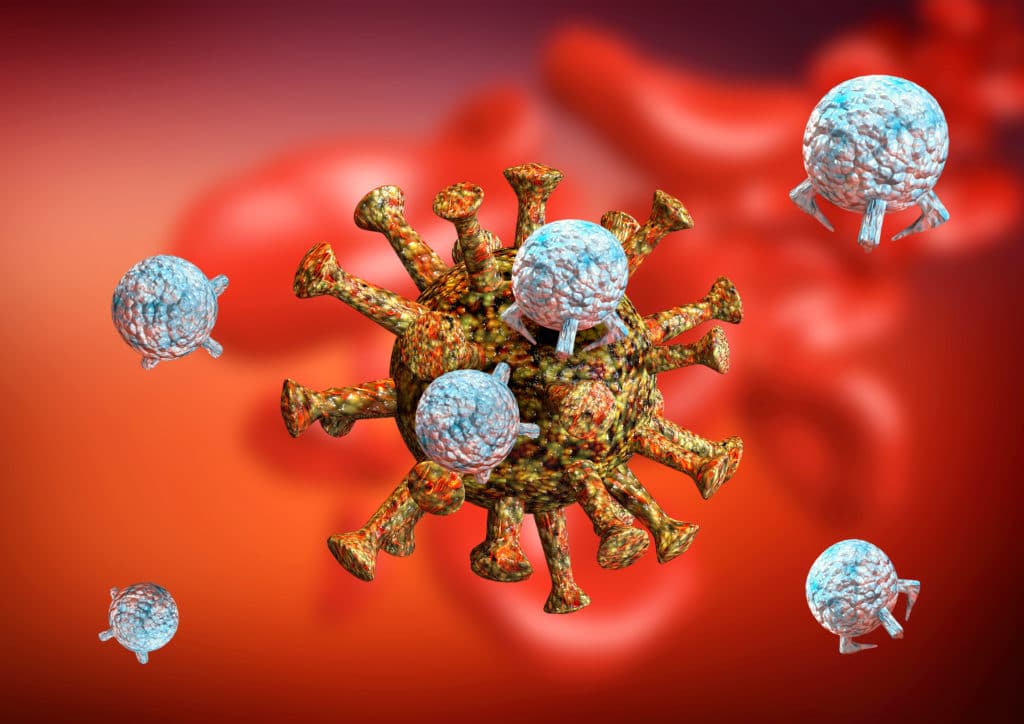 Las T cells designed under the banner of bioengineering They may not only recognize cancer cells, but also be more potent and safer in their antitumor action, according to researchers of two studies published in the journal Science.

Both investigations build on the success of CAR-T chimeric antigen receptor cancer therapies, which are used to genetically modified T cells To find tumors and mark them for destruction. These treatments have the potential for long-lasting remission, but they are not successful for everyone and so far only a few have been effective against the cancer.

To increase the power of CAR-T therapies, researchers have further engineered cells that contain switches that allow them to be controlled when and where they are active cells. The ‘hacked’ cells produce a protein that stimulates T cells to combat the immunosuppressive signals often released by tumours.

Both research groups offer strategies to allow better control over the choice of the appropriate moment of immunotherapy synthetic gene circuit Thereby the functions of antitumor cells can be activated on demand or only when CAR-T cells are in direct contact with tumor cells.

T cells are part of the immune system whose main purpose is to identify and kill invading pathogens or infected cells. They are made from stem cells in the bone marrow.

T cells normally patrol the body looking for foreign proteins that appear on the surface of cells. Such cells may be infected with a virus, for example, or they may be tumor cells that are producing abnormal protein associated with cancer. A class of T cells called killer T cells can destroy abnormal cells.

In a study titled ‘Multidimensional control of therapeutic human cell function with synthetic gene circuits’, the team of researchers designed a system of 11 programmable synthetic transcription factors that can be activated on demand with scheduled administration. small molecule inducer Approved by the US Food and Drug Administration (FDA). This allows investigators to control when and where ‘hacked’ T cells, It also produces a protein called IL-2, which stimulates the immune response.

On the other hand, the second study, under the title ‘Synthetic cytokine circuit driving T cells to immunoexcluded tumors’, found CAR T cells programmed to produce IL-2 only when modified T cells He meets a cancer cell. The team found that this production of IL-2 was more efficient at fighting tumors in mice pancreatic cancer When it was activated by a pathway other than the one used to recognize the cancer cell.

Both approaches could be particularly useful in developing CAR-T therapies that target solid tumors, according to Andrea Schietinger, an immunologist at Sloan Kettering Cancer Center in New York and co-author of a study published in Science on T Cells. Can solid tumors have presented a special challenge CAR-T Approach Because the modified cells have difficulty infiltrating tumors and once there, they can be shut down by the same signals that cancer cells use to suppress tumors. immune response, “These engineered T cells overcome both hurdles. They find their way in and then once they are in, they get the signals at the right time and place to be really effective at killing the cancer cell. “

Evan Weber, oncology immunologist at the Children’s Hospital of Philadelphia, Pennsylvania, and co-author of a study on the functionality of CAR-T cells through epigenetic remodeling, explains that the potential activate and deactivate T cells It may also help reduce a phenomenon called “T-cell depletion,” in which these cells become inactive after a long period of stimulation.

The researchers plan to further develop the system for testing in clinical trials and modify it to detect the effects of producing other molecules, such as IL-2They stimulate immune cells. “We know that we need better ways to take advantage of them than to activate a receptor every time or constitutively secrete a cytokine,” Weber says.

On the other hand, they hope that the system they developed can be used on other types of cells, including another type of immune cell, macrophages, which are “better than T cells at penetrating solid tumors.” ,” concludes Ahmed Khalil. First author of the study.