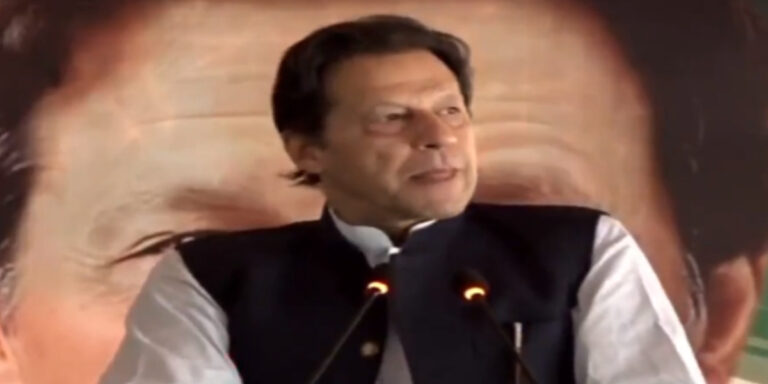 “I strongly condemn the attack on senior journalist Sami Ibrahim today similar to the previous attack on Ayaz Amir,” the prime minister said in a Twitter statement.

“These fascist tactics that seek to terrorize journalists are an attempt to subdue the people into accepting the US regime change conspiracy and cabal of thieves in power.”

Strongly condemn the attack on senior journalist Sami Ibrahim today similar to the earlier attack on Ayaz Amir. These fascist tactics that seek to terrorize journalists are an attempt to subdue the people into accepting the US regime change conspiracy and the cabal of thieves in power. pic.twitter.com/pW2gDwfDnF

The assailants ambushed and tortured Sami Ibrahim as soon as he left the office on Saturday. One of the suspects was transgender. The senior journalist took cover by running into the office.

PTI leader Fayaz Chohan condemned the attack on Sami Ibrahim and the kidnapping attempt. He said PML-N Vice President Maryam Safdar and the “imported government” were behind the attacks on journalists.

According to eyewitnesses, the suspects lay dormant there for a long time. They said that when the presenter left the office, the transgender man begged for money.

After the head journalist gave him 100 rupees, the transgender man started beating him in the chest and another man joined in torturing the journalist.

The main supporter and leader of the PTI, Babar Awan, said that Sami Ibrahim was an outspoken journalist and an old friend. “The attack on him is worrying. Civil liberties are shrinking. He reigns fear and terror. Seeing the recent track record of the imported government, I condemn in advance all the attacks that are going to take place,” he said.

On July 2, journalist Ayaz Amir was attacked by unknown assailants while returning from his office on Abbottabad Road in Lahore.

According to Bol TV, the senior journalist would have said that the attackers, who were six, intercepted his vehicle, tortured him and fled with his cell phone and wallet.

Imran Khan strongly condemned the incident, saying that journalists, political workers and other innocent people were being implicated in bogus cases.