In a world first, researchers record the brain waves of a dying patient 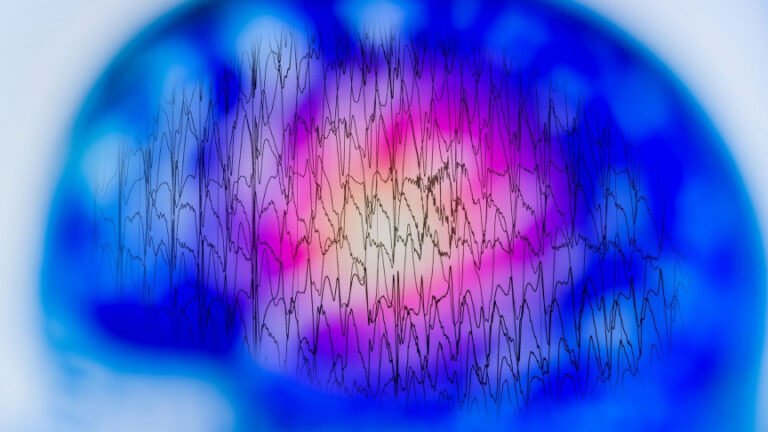 Our brains are quite active and coordinated even as the body is meeting its demise. Researchers captured brainwaves during an individual’s death and found semblance to high cognition activities such as dreaming or meditating, a recently published study has shown.

Even as humanity strives to learn more about the death of stars, there is a lot that we do not know about our own deaths. Technology might be able to help us live beyond our deaths in some way but we do not know for sure what comes to pass as one dies. Now, a chance observation has given us our first glimpse of what happens in our brains as we die.

An 87-year-old man was admitted to an emergency unit in Estonia after a fall. The patient was operated upon but faced as many as 12 epileptic attacks post-surgery. As part of monitoring the individual, doctors used continuous electroencephalography (EEG) that provided a means to detect the seizures. Unfortunately, the patient suffered a heart attack during this time and passed away. However, the continuous EEG monitor provided the first-ever recording of human brain activity during death.

Brain activity is measured in oscillations seen in the EEG and scientists have previously identified different types of these oscillations such as alpha, beta, delta, theta, and gamma to name a few. Of these, the gamma oscillations have been associated with higher cognitive tasks such as concentrating, dreaming, meditation, memory retrieval, information processing, and conscious perception.

In the case of the 87-year-old man, the researchers saw brain waves of all the different types but the gamma waves were more dominant among them. The researchers of the study speculate that these waves are possibly associated with a memory flashback during these last moments of life.

“Through generating oscillations involved in memory retrieval, the brain may be playing a last recall of important life events just before we die, similar to the ones reported in near-death experiences,” said Dr. Ajmal Zemmar, a neurosurgeon at the University of LouisvilleZemmar, who organized the study.

While this is the first such recording of brain waves in humans, scientists have recorded similar waves in rats in captivity. Scientists theorize that given the specific changes in brain activity surrounding death, the brain might actually be in charge of the entire biological exercise and even executes it to precision, across all species. This wouldn’t be a far thought given each cell in the body is also programmed to die.

Scientists, however, aren’t jumping to conclusions yet. So far, there is the only case that can be presented as evidence to support this claim, and data interpretation, in this case, is tricky since the individual had a brain injury and had epileptic attacks. The researchers would like to observe more such cases before arriving at conclusions.

But your very own brain replaying some of the nicest memories of life as it takes away your life force, isn’t that the scariest thing you have heard in a while?

The study was published today in Frontiers in Aging Neuroscience.

Study Abstract: The neurophysiological footprint of brain activity after cardiac arrest and during near-death experience (NDE) is not well understood. Although a hypoactive state of brain activity has been assumed, experimental animal studies have shown increased activity after cardiac arrest, particularly in the gamma-band, resulting from hypercapnia prior to and cessation of cerebral blood flow after cardiac arrest. No study has yet investigated this matter in humans. Here, we present continuous electroencephalography (EEG) recording from a dying human brain, obtained from an 87-year-old patient undergoing cardiac arrest after traumatic subdural hematoma. An increase of absolute power in gamma activity in the narrow and broad bands and a decrease in theta power is seen after suppression of bilateral hemispheric responses. After cardiac arrest, delta, beta, alpha and gamma power were decreased but a higher percentage of relative gamma power was observed when compared to the interictal interval. Cross-frequency coupling revealed modulation of left-hemispheric gamma activity by alpha and theta rhythms across all windows, even after cessation of cerebral blood flow. The strongest coupling is observed for narrow- and broad-band gamma activity by the alpha waves during left-sided suppression and after cardiac arrest. Albeit the influence of neuronal injury and swelling, our data provide the first evidence from the dying human brain in a non-experimental, real-life acute care clinical setting and advocate that the human brain may possess the capability to generate coordinated activity during the near -death period.