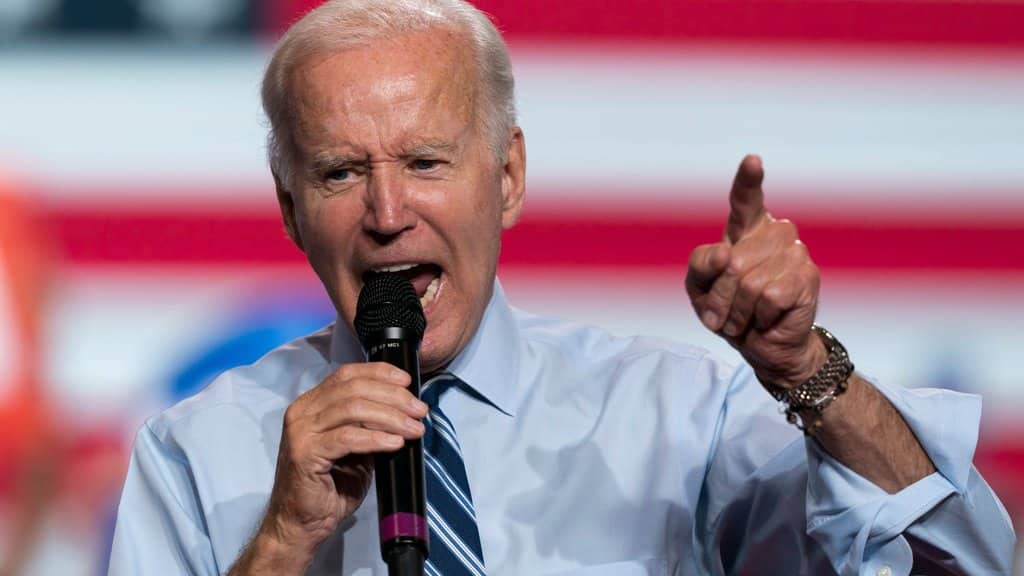 Rockville/Washington US President Joe Biden presented Congressional elections in November as the nation’s survival decision and launched a scathing attack on Republicans. “A lot is at stake,” Biden said in a campaign appearance in Rockville, Maryland, near the capital Washington.

Americans will have a choice between two radically different approaches, Republicans and Democrats. The extreme Republicans of former President Donald Trump’s camp are backward-looking, full of anger, violence and hatred and will divide the country. Democrats, on the other hand, stand for unity, hope and optimism for the future.

Biden’s predecessor, Trump, has refused to admit defeat in the 2020 presidential election. Republicans claim he was robbed of victory by massive voter fraud, but he never provided any evidence. Biden had 81 million votes in the election and a clear majority of the electorate. At the time, 74 million Americans voted for Trump.

At a reception prior to the campaign appearance, Biden described the philosophy of the “MAGA Republicans” as “half-fascism” traveling with him.

In a congressional election on November 8 – the middle of Biden’s term – all 435 seats in the US House of Representatives and nearly a third of the Senate seats will be up for re-election. There are also governor’s elections in many states.