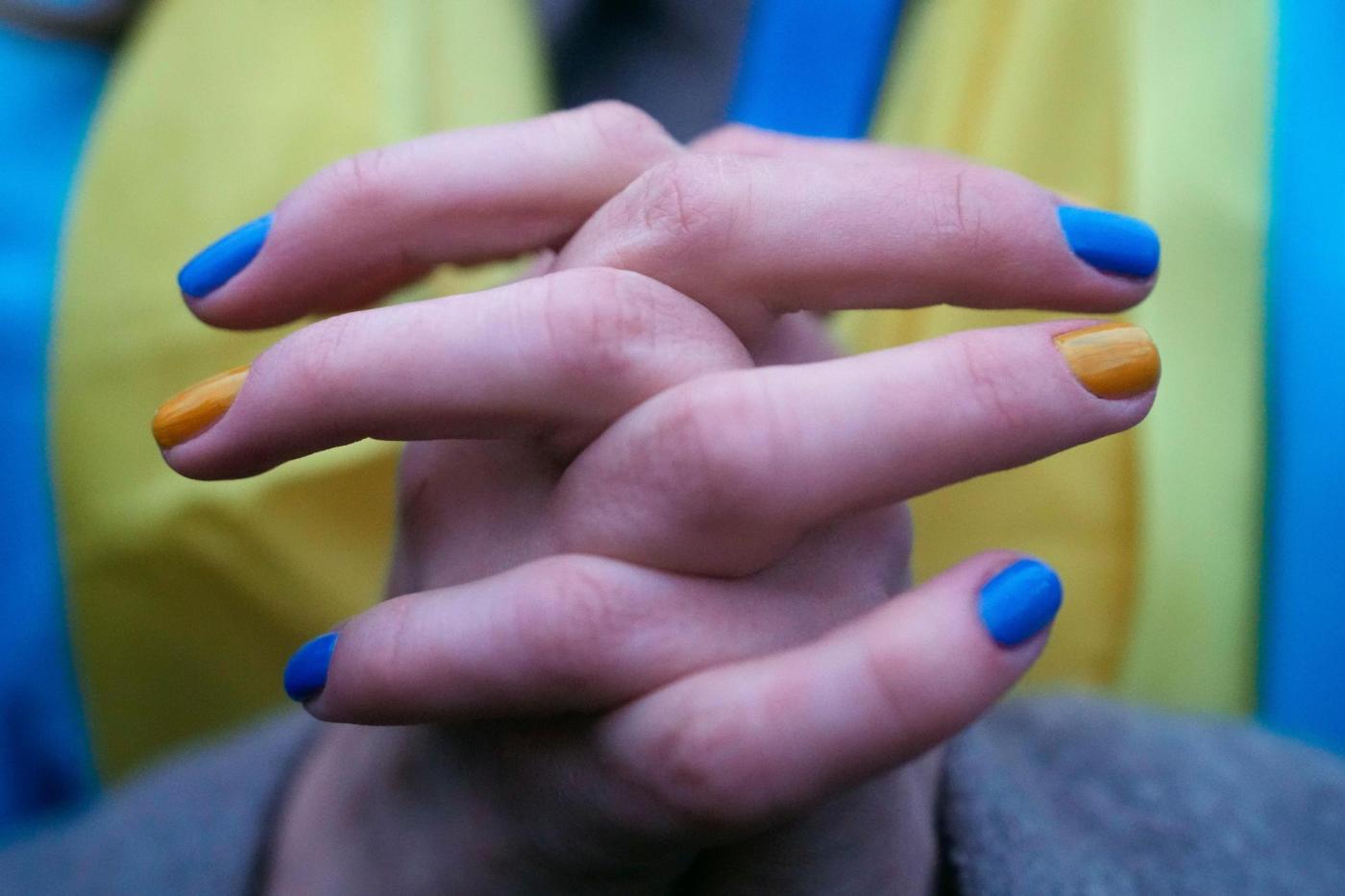 KYIV, Ukraine (AP) — The Kremlin said rebels in eastern Ukraine asked Russia for military assistance Wednesday to help fend off Ukrainian “aggression,” an announcement that immediately fueled fears that Moscow was offering up a pretext for war, just as the West had warned.

A short time later, the Ukrainian president rejected Moscow’s claims that his country poses a threat to Russia and said a Russian invasion would cost tens of thousands of lives.

“The people of Ukraine and the government of Ukraine want peace,” President Volodymyr Zelenskyy said in an emotional overnight address to his nation in Russian. “But if we come under attack, if we face an attempt to take away our country, our freedom, our lives and lives of our children, we will defend ourselves. When you attack us, you will see our faces, not our backs.”

Zelenskyy said he asked to arrange a call with Russian President Vladimir Putin late Wednesday, but the Kremlin did not respond.

In an apparent reference to Putin’s move to sanction the deployment of the Russian military to “maintain peace” in eastern Ukraine, Zelensky warned that “this step could mark the start of a big war on the European continent.”

“Any provocation, any spark could trigger a blaze that will destroy everything,” he said.

He challenged the Russian propaganda claims, saying that “you are told that this blaze will bring freedom to the people of Ukraine, but the Ukrainian people are free.”

Anxiety about an imminent Russian offensive against its neighbor soared after Putin recognized the separatist regions’ independence on Monday, sanctioned the deployment of troops to the rebel territories and received parliamentary approval to use military force outside the country. The West responded with sanctions.

White House press secretary Jen Psaki said the separatists’ request for Russian help was an example of the sort of “false-flag” operation that the US and its allies have expected Moscow to use as a pretense for war.

“So we’ll continue to call out what we see as false-flag operations or efforts to spread misinformation about what the actual status is on the ground,” she said.

Read Also:  Exposure to extreme heat has tripled since 1983

Earlier in the day, Ukrainian lawmakers approved a decree that imposes a nationwide state of emergency for 30 days starting Thursday. The measure allows authorities to declare curfews and restrictions on movement, block rallies and ban political parties and organizations “in the interests of national security and public order.”

The action reflected increasing concern among Ukrainian authorities after weeks of trying to project calm. The Foreign Ministry advised against travel to Russia and recommended that any Ukrainians who are there leave immediately.

“For a long time, we refrained from declaring a state of emergency … but today the situation has become more complicated,” Ukrainian National Security and Defense Council head Oleksiy Danilov told parliament, emphasizing that Moscow’s efforts to destabilize Ukraine represented the main threat.

Pentagon press secretary John Kirby said the Russian force of more than 150,000 troops arrayed along Ukraine’s borders is in an advanced state of readiness. “They are ready to go right now,” Kirby said.

The latest images released by the Maxar satellite image company show Russian troops and military equipment deployed within 10 miles of the Ukrainian border and less than 50 miles from Ukraine’s second-largest city, Kharkiv.

In other developments, Russia evacuated its embassy in Kyiv; Ukraine recalled its ambassador to Russia and considered breaking all diplomatic ties with Moscow and dozens of nations further squeezed Russian oligarchs and banks out of international markets.

“As I have made clear, we will not hesitate to take further steps if Russia continues to escalate,” Biden said in a statement.

Germany said Tuesday it was indefinitely suspending the project, after Biden charged that Putin had launched “the beginning of a Russian invasion of Ukraine” by sending troops into the separatist regions. The pipeline is complete but has not yet begun operating.

Putin said Tuesday he had not yet sent any Russian troops into the rebel regions, contrary to Western claims, and Donetsk rebel leader Denis Pushilin insisted Wednesday there were no Russian troops in the region even though a local council member claimed the previous day they had moved in.

Ukrainian Minister for Digital Transformation Mykhailo Fedorov said a wave of denial-of-service attacks targeted official websites and some banks Wednesday. The attack knocked offline the sites of the parliament, cabinet and Foreign Ministry and caused interruptions or delays to the sites of the defense and interior ministry, which controls the police.

Already, the threat of war has shredded Ukraine’s economy and raised the specter of massive casualties, energy shortages across Europe and global economic chaos.

The Russian Foreign Ministry has shrugged off the sanctions, saying that “Russia has proven that, with all the costs of the sanctions, it is able to minimize the damage.”

In Ukraine’s east, one Ukrainian soldier was killed and six more were injured after rebel shelling, the Ukrainian military said. Separatist officials reported several explosions on their territory overnight and three civilian deaths.

Facing a barrage of criticism at the 193-member United Nations General Assembly, Russia’s UN ambassador Vassily Nebenzia Ukraine that Russia will monitor a cease-fire in the east and warned that “no one intends to go softly, softly with any violators.”

“A new military adventure” by Kyiv “might cost the whole of Ukraine very dearly,” he warned ominously.

After weeks of rising tensions, Putin’s steps this week that dramatically raised the stakes. He recognized the independence of those separatist regions, a move he said extends even to the large parts of the territories now held by Ukrainian forces, and had parliament grant him authority to use military force outside the country.

Putin laid out three conditions that he said could end the standoff, urging Kyiv to recognize Russia’s sovereignty over Crimea, the Black Sea peninsula that Moscow annexed from Ukraine in 2014, to renounce its bid to join NATO and to partially demilitarize. Ukraine long has rejected such demands.