In the runoff to represent Georgia in the U.S. Senate, people’s power overturned measures to limit voters. 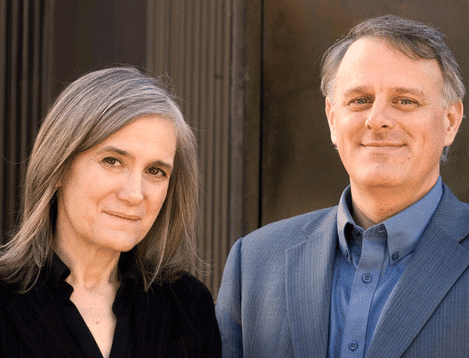 “I am honored to speak the four most powerful words ever spoken in a democracy: The people have spoken.” With these words addressed to his supporters, Senator Raphael Warnock celebrated his victory in the second round of the election on Tuesday night to renew his seat to represent the state of Georgia in the United States Senate. Warnock ran against former football star Republican Herschel Walker. Walker, the candidate chosen by former President Donald Trump, turned out to be a contender with several shortcomings. However, Warnock’s campaign had to overcome a complex series of laws and strategies aimed at reducing voter turnout implemented by Georgia Republicans.

In his victory speech, Warnock said: “There are people who will look at the result of this race and say that there is no limit on voter turnout in Georgia. Let me be clear, just because people endured the long lines, some until many blocks away, just because people endured rain and cold and overcame all kinds of obstacles to vote, doesn’t mean those obstacles to the right to vote don’t exist. It just means So much so that you people have decided that your voice will not be suppressed.”

In 2020, the defeat of Donald Trump in the presidential election and the unprecedented victory of Reverend Raphael Warnock and Jon Ossoff in Georgia’s election two months later handed the Democrats control of the United States Senate, making them the first in that state’s history. the first African-American senator and the first Jewish senator, respectively. In response, Georgia’s Republican-controlled state legislature quickly passed SB202, billed as the “Electoral Integrity Act of 2021”. This law restricted the period between the general election and the second election round, made it difficult to obtain vote-by-mail ballots, and even made it a crime to give water to voters who had been waiting in line for hours at polling stations. His ballot…

Electoral participation this December 6 in the second round of legislative elections in Georgia was historic. Republicans attempted to restrict early voting as much as possible; He also attempted to remove the Saturday after Thanksgiving from the early voting plan. The justification given for removing the ability to vote on that important day was that it was the day after “State Holiday Observance 1”, which, until 2015, was celebrated by Confederate General Robert E. Took. Warnock’s campaign filed a lawsuit about it, and the state Supreme Court struck down Georgia’s new rules. Latosha Brown, co-founder of the organization Black Voters Matter, told Democracy Now! told: “That weekend turned out to be one of the busiest voter turnout weekends in history.”

It seems perfectly reasonable for the courts to have a say in how Georgia conducts its elections. But the ability of courts or governors to weigh in on electoral laws passed by state legislatures is at risk. The US Supreme Court on Wednesday heard oral arguments in the “Moore v. Harper” case, in which the Republican-controlled North Carolina state legislature argues that neither state courts nor the governor can challenge any election law passed by the legislature. The case was brought after the state Supreme Court overturned the redistricting of congressional districts following the 2020 presidential election that was heavily rigged by North Carolina Republicans.

If the so-called “independent state legislature doctrine” is upheld by the US Supreme Court, it would be a major change in US election law and one of the most serious threats to democracy in the country’s modern history.

Initiatives to restrict voting rights are widespread throughout the United States. The Brennan Center for Justice is closely monitoring at least 405 bills restricting voter participation and 151 voter interference bills, all introduced at the state level in 2022. If the Supreme Court rules in favor of the principle of independent state legislature, such legislation cannot be vetoed by governors or reviewed by state courts.

Democracy Now! Speaking with TOI, Cliff Albright, co-founder and CEO of the Georgia chapter of Black Voters Matter, said of the matter: “If these state legislatures can act dishonestly without accountability, then the concept of democracy in this country is at an end.” Can take form. Blow.

These laws aimed at restricting the right to vote are only the latest front in the war against democracy. Long after the Civil War and the Reconstruction period, acts of violence and terrorism were used by white supremacists, lynchings, and Jim Crow-era segregation laws—such as poll taxes and literacy tests—to disenfranchise voters of color. .

Raphael Warnock’s victory marks the first time an African-American Democrat has been elected to a full six-year term in the US Senate representing a state that was part of the former Confederacy.

In his victory speech on Tuesday, Warnock said: “I am a proud son of Savannah, Georgia, a seaside city known for its green squares and cobblestone streets, as well as its long , stately oaks wrapped in spanish moss. my roots, like those oaks, they reach deep into the soil of the cities of the savannah […], I’m Georgia I am an example and replay of its history, its pain, its promises, its cruelties and possibilities.”

The challenge facing any American who espouses the principle of democracy is to strengthen grassroots activism, broaden opportunity, and end the brutality that Senator Warnock speaks of.