In Tlaxcala they prepare for the departure of migrant workers within the movement of Seasonal Farm Worker Program (PTAT), Agricultural laborers from Tlaxcala prepare your contracting process for going out to work in the field of Canada and the United States (USA). are scheduled for departure The end of January, as well as February and March.

According to the Government of the Republic, PTAT is a symbolic program that enables labor mobility in a regular, orderly and safe manner. This year the target is to benefit more than 26 thousand people.

Continue reading: No case of daily wage workers repatriated by Covid: It can be done

“They are carrying out all their procedures corresponding to the 2023 day. On January 28, the first companions begin to leave for Canada. We are going to have outings in the first months, Final departures are being scheduled for dates in June. January has the largest number of departures of workersFebruary March”.

The SNET director confirmed that Tlaxcalan day laborers would work for three, five, seven and eight months. The retreat begins in November and everyone must report their arrival in December. They help to plant and harvest ornamental flowers, pine trees and timber trees in the fields; fruits such as peaches, apples, strawberries, raspberries, blueberries, watermelon, melon; vegetables, such as tomatoes, cucumbers, bell peppers; vineyards, among others.

Cortés García said that since last December they have been assisting migrant workers with their new participation in PTAT 2023, verifying the work performance and Tlaxcalan labor requests issued by the company. ,We have 95% stability in the program, the majority have confirmed. Tlaxcalteca labor is good. Hiring is set for 150 people, Canadian employers will come directly to recruit in February, they will determine who they are going to take, based on their compliance with the requirements

Find out: Tlaxcalan day laborers are linked to work in Jalisco

The person in charge of SNET asked Tlaxcalan day laborers to be alert to possible fraud attempts, as he identified that there are publications through social networks that promote labor relations, but ask for money.

He clarified that the procedures of PTAT are independent and through the official mechanism of the State Government in the SNET units. Calpullalpan, Zacatelco, Epizco, Apatatitlan and Tlaxcala, Those interested must compulsorily be present in person to complete the registration process.

“Don’t pay heed to any publication or call on the internet, because sometimes they just let you down. The subject of PTAT is a whole process, a protocol that is followed to protect the physical, economic and psychological integrity of each PTAT participant. In no way should they ask for any gift, anything financial. All procedures are official and free.

2,340 agricultural workers will travel from Tlaxcala in 2023.

Canada and the US are the only countries that cover farmworkers. 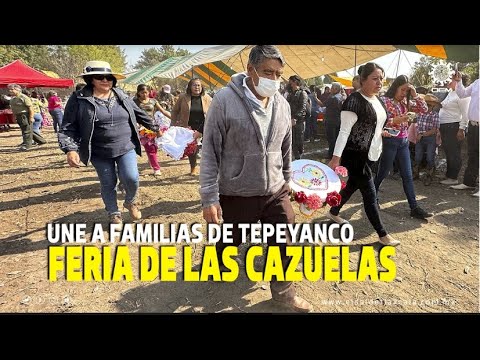