Incredible that a world champion works in a market: Jessica Neri 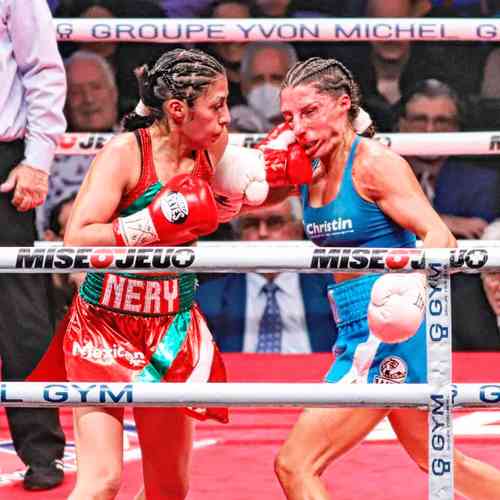 Jessica Neri won the World Boxing Council Light Flyweight Championship from Kim Clavell of Canada on Friday in Quebec. The Mexican was not a simple contender for the title, but already an emperor with the WBA belt. That night, with undeniable solvency and the respect of the entire public, he unified the scepter.

There was not much time to celebrate upon his return, as Neri had to resume his daily routine at the Jamaica Market and his work at Venustiano Carranza Mayor’s office in Mexico City. A woman in boxing must seek other forms of funding given the pay disparity in the business.

“There are people who don’t believe a world champion has to work in the Jamaican market”, shares Jessica; “They think winning the title gets you a Ferrari, but it doesn’t. And less for women who find a way to earn money for our daily expenses; not just the training ones”.

The trip to Canada gave the now-champion a different perspective on his work. He thought about the uncertainty that exists in Mexico, given the conditions in which they train in that country.

“We train outside, not even in a gym, it’s an improvised space with my dad and my brother in Viaducto and Troncoso,” says Jessica; “The equipment and gloves sometimes get torn and we have to make do with it. There I saw how he has everything to grow in the game.

It doesn’t make uncertainty ideal. She believes that working with enough resources has allowed women in the United States and Canada to stand out and leave Mexican women behind.

The title that Neri held had passed through different Mexican hands until Canadian Clavell appeared in July 2022 and took it from Yesenia Gomez.

“This time in Canada I earned my best salary in boxing”, admits Jessica, “but this does not allow me to dedicate myself only to the sport, I need to continue my work in the market”.

Despite the fact that the fight against Clavell was stellar and a world championship fight, the pay was lower than that of the men. Which is repeated in any country where there is professional boxing.

“Not even compared to the other champions anymore, but you earn less than before because they’re men,” he protested.

For Jessica, like any woman in this profession, her sports career has not been easy; He does not have a promotion company to support him, so he has to train as a fighter and manage as a manager and reach out to other promoters.

“That’s how I started my career,” he recalls; “A decade ago, in my debut, they called me the day before the fight and I had to accept. That’s how I moved on. So this win against Clavell was different, he warned me with enough time and I was able to prepare very well and it was noticeable in the end.