Indecent act: Burnaby Mounties seek driver who ‘did not appear to be wearing pants’ 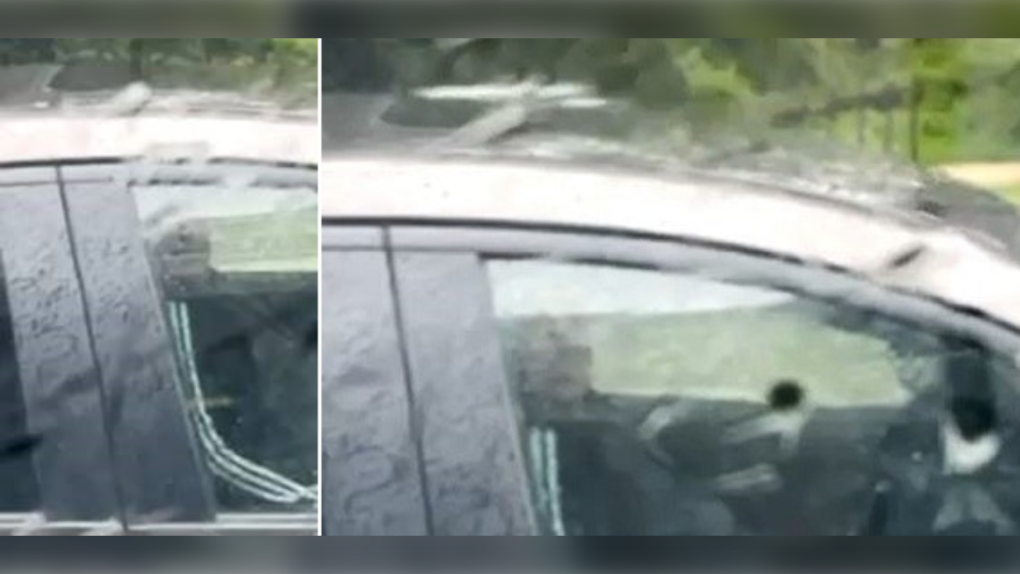 The indecent act happened around 3:55 pm while the man’s vehicle was stopped at a red light on Lougheed Highway near Gaglardi Way, according to a news release from Burnaby RCMP.

A teenager who was a passenger on a westbound 136 bus saw the suspect and recorded video of him, which has been shared with police.

Mounties shared two images of the man with his statement Friday, and they’re asking the public for help identifying him.

Police describe the suspect as a white man with a “medium to heavy build” who appears to be about 50 years old. He was wearing a black jacket with white stripes and “did not appear to be wearing pants,” police said, adding that he was exposed “from his waist to his knees.”

Investigators are looking for additional evidence, including other video from the area, as the teen’s video “did not capture a view of the suspect’s vehicle or license plate,” according to RCMP.

The only description of the vehicle police could provide Friday was that it “appears to be grey.”

Officers are interested in speaking with other passengers who were on the bus during the incident, police said.

“This is concerning behaviour,” said Cpl. Alexa Hodgins, in the release. “Police want the public to be aware of this incident and to report any similar activity.”

FIRST READ: BC clears its laws of

Stocks rise, still on pace for worst month since March 2020