Indifference has replaced interest in baseball, and it is unfathomable the sport let itself get here – The Boston Globe 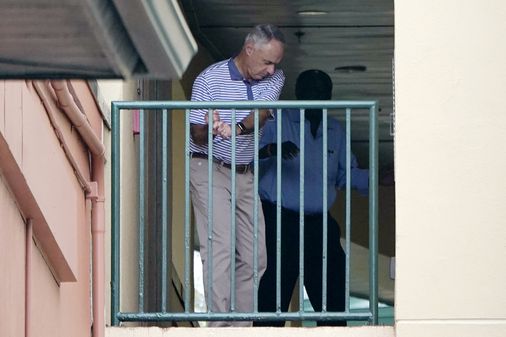 Ok, that was me. But I know I was not alone in waiting for April with anticipation and excitement, waiting for baseball with renewed hope and belief, waiting for warmer skies and longer days. Baseball, the national pastime, with its promise of 162 games and a near-nightly appointment with the home team. Then, as April bled into May and spring folded softly into summer, the games played on like a steady drumbeat in the background, building toward the crescendo of fall, when the standings really started to matter.

Get 108 StitchesAn email newsletter about everything baseball from the Globe’s Red Sox reporters, in your inbox weekly (and when news breaks) during the offseason.

Major League Baseball doesn’t own April anymore. And it has no one to blame but itself.

This is not a news flash. It barely merits a headline, not while the sport is writing much uglier ones instead, the current lockout by owners and ongoing labor strife forcing the recent cancellation of the start of the season. Still, it is truly unfathomable that baseball let itself get here, that the sport that once held our spring imaginations so tightly in its 108-stitch grip managed to let it all go. Worse, let it go willingly, ignoring evidence the grip had been slipping for something going on decades.

In delaying the start of the season, these greedy, tone-deaf owners and their condescending, tone-deaf commissioner are rendering Major League Baseball invisible. When they say the opposite of love is not hate, but indifference, baseball should have been listening. Because as the nightly newscasts continue to prove, indifference has replaced interest for baseball. That’s what happens when you let first-world problems get in the way of real-world common sense.

Make no mistake: this labor stoppage is the fault of commissioner Rob Manfred and at the behist of his boneheaded band of billionaires owners. They would love nothing more than to break the players union, to install a salary cap, to ignore the numbers that prove the rising value of their franchises against lower overall player salaries, to continue the painful trend that views players as nothing more than investment commodities to be maximized rather than human stars to be celebrated. They’ve done precious little to address the issues that fans actually care more about, the interminably long games, the numbing seesaw of strikeouts or home runs, the analytics-driven madness driving bullpens and lineups.

We know this much: Manfred definitely likes golf, as seen in photos capturing him practicing his swing while negotiations were dissolving. Guess he’s ready for his trip to the Masters, prepping his green jacket to join fellow Augusta National members. Makes total sense really, given the Masters is just one in the growing list of spring sporting events that have taken baseball’s spotlight. The NFL’s Scouting Combine gets more buzz than baseball, and that didn’t even exist before 1982. Now it’s like must-see TV, with the NFL managing to turn it into another stand-alone, fan-fueled event (like the draft that follows it) that fills offseason space between the Super Bowl and training camp.

Roger Goodell may be phony and obsequious, but there is no doubting the bridge he has managed to straddle between NFL owners and players under his commissioner watch. The NFL’s popularity rises unabated, shown everywhere from ratings to merchandising to brand loyalty. So too does the NBA continue to engage with its players and fans in new and creative ways, the guidance of commissioner Adam Silver stamping him the gold standard for years now. Gary Bettman could do far better by the NHL than he has, but for a sport that has always thrived in its niche while pushing to join the Big Three for impact, he manages to hold on.

Which brings us back to Manfred. Does anything about him scream good leadership? He could take a lesson from PGA commissioner Jay Monahan, who recently flexed his muscles not just for the good of the game, in cutting the legs out from the Saudi Golf League thanks to Phil Mickelson’s incredible public blunder, but in hearing and responding to some of the financial issues that inspired that ill-fated endeavor and pumping more money to the players.

Manfred, driven by the owners who pay him, bound to the penny-pinching cadre in smaller markets who don’t care about losing April games because they were never the revenue drivers anyway, should be ashamed. Baseball was already losing April, and rather than hold on and fix it, he just gave it away.

Tara Sullivan is a Globe columnist. She can be reached at [email protected] Follow her on Twitter @Globe_Tara,