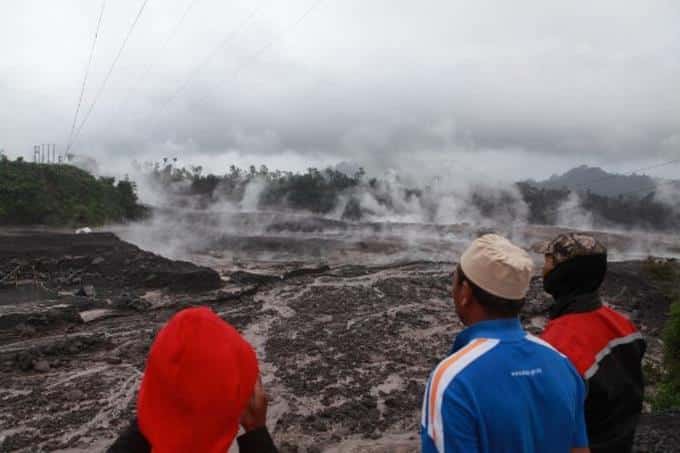 Indonesian authorities evacuated nearly 2,000 people on Sunday and issued a high alert after Mount Semeru volcano erupted on the island of Java exactly one year ago.

Indonesia’s Volcanology and Geological Disaster Mitigation Center (PVMBG) warned overnight that the volcano was still “in the eruption phase” and that “activity” was still “very high”.

Hours earlier, the agency raised the Mount Semeru alert “to level four” and its spokesman Hendra Gunawan told the television network Kompas TV that the population was “at risk”.

According to rescue services, 1,979 people from six villages were evacuated and shifted to 11 shelters. Residents of towns adjacent to the mountain fled before a large ash cloud arrived.

According to an AFP reporter at the scene, local officials sounded the alarm with bamboo drums and the sky darkened as if it were midnight, monsoon rain mixed with ash.

Rescue services reported a “fiery avalanche” caused by blocks of lava that broke off from the summit during the eruption and flowed towards the base of the volcano.

There are currently no casualties, but officials have advised residents to stay at least eight kilometers from the volcano’s crater.

They also asked to avoid a 13 km long area located next to a river to the southeast of Mount Semeru, towards which a cloud of volcanic ash was rising.

Mount Semeru, in East Java, is the highest point on the island at 3,676 m.

“It was dark and it was raining. The rain contained not only water, but also volcanic ash. It was like mud,” said an AFP journalist in Lumjang, where the volcano is.

“There was no noise or vibration, but suddenly hot clouds appeared,” he said.

Local relief group Irannala Rescue sent AFP video showing a huge cloud rising over the crater to block out the sun. Nearby towns can be seen covered in ash in other pictures.

Officials opened reception centers for evacuees and distributed masks to protect residents from pollution and ash.

According to an AFP journalist, the Internet was shut down after the blast and the telephone network went down.

At least 51 people were killed in the volcano’s last eruption exactly a year ago.

According to the PVMBG, a bridge connecting two districts in the region, which was under reconstruction since last year, was heavily damaged on Sunday.

Indonesia is located in the Pacific Ring of Fire, where colliding tectonic plates cause strong volcanic and seismic activity.

There are about 130 active volcanoes in the Southeast Asian archipelago.