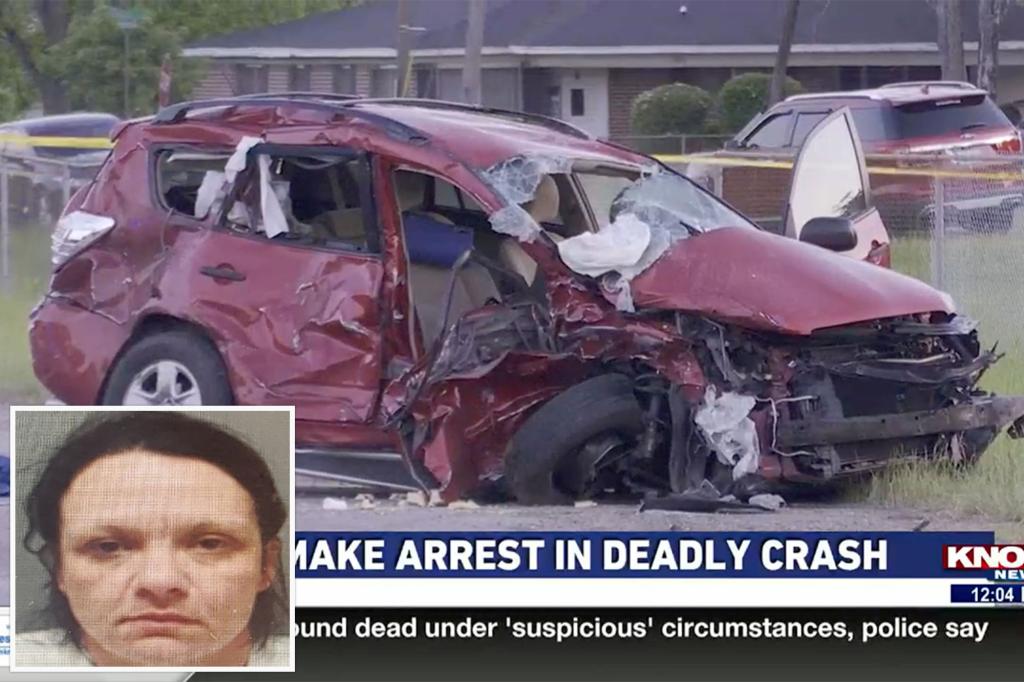 A five-week-old baby and an adult male passenger were killed when the infant’s mother crashed during a police pursuit after stealing baby supplies from a Louisiana Walmart.

Candace Gill and Edward Williams were confronted by security at the Monroe Walmart Supercenter around 6 pm on Monday before they took off running, according to the Monroe Police Department.

When police arrived on the scene to respond to the complaint, the pair had already fled in their vehicle along with the infant, according to court documents obtained by KNOE.

A short time later, police spotted the vehicle, which began speeding down a highway. Court documents said an “officer pursued, and activated his lights and sirens, but the vehicle failed to stop,” before it crashed.

According to the Monroe Police Department, the baby was not properly restrained in the vehicle when it crashed.

Two others in another vehicle also suffered non-life-threatening injuries in the accident, cops said.

Gill managed to sneak away from the scene on foot undetected as police aided the passengers, police told KNOE. A tip led law enforcement to an apartment complex outside of West Monroe where she was arrested the same night.

The mother was charged with two counts of manslaughter, aggravated obstruction of a highway, four counts of negligent injury, theft and several traffic violations.

Gill had additional active warrants out for her arrest, including for theft of a firearm, possession of a firearm by a felon, and traffic charges.

The fatal crash comes during a national shortage of baby formula, causing widespread anxiety among parents about access to the essential product. It’s not clear what baby products Gill stole from Walmart.

Supreme Court to decide if colleges may consider race in admissions