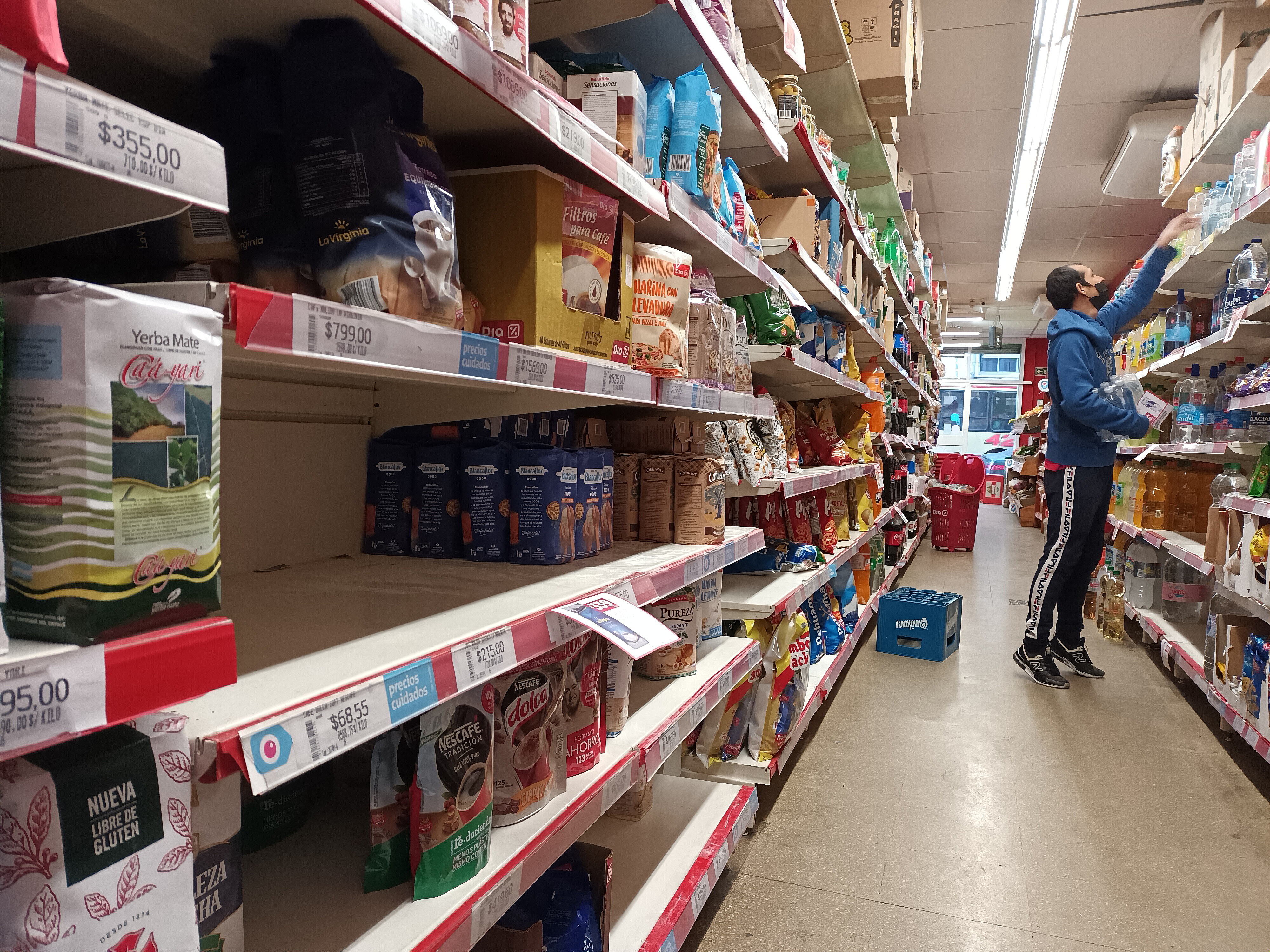 Shopping and looking for the best prices, even in the same region or locality, can be an odyssey in Argentina today (Maximiliano Luna)

Shopping and looking for the best prices, even within the same region or locality, can be an odyssey in Argentina today. The spread is so large that it is practically impossible to find a product with the same price in two different stores. The difference is not only between channels, in terms of mass consumption, with gaps reaching up to 25 points between the modern channel and the traditional one, but they are already found between adjacent houses that might A few blocks away.

a survey conducted by infobae Confirms what food and cleaning and toiletries companies already warn and the consumer himself suffers day after day, In some cases the difference can reach 100%, and even more so if the customer takes advantage of the offers that the big supermarket chains usually offer.

Historically, chains were cheaper than nearby stores, but during the pandemic the price gap widened from maximum prices (Del Río)

As explained by the president of the consulting firm Sentia, osvaldo del rioHistorically chains were cheaper than local stores, but the price differential greatly increased from maximum prices during the pandemic, it widened last year and remained through 2022, although with a gap minor. This situation led to a difference in prices between channels which today averages 25 percent.

For the analysis, prices were surveyed at two mini-markets and a Chinese supermarket in the same area, as well as online prices at one of the larger chains. About 50 items were analyzed and a difference of up to 100% between the most expensive and the cheapest was found. In any case, average is about 30 percent,

The list of products was chosen at random and where the biggest difference was found in 500-gram Natura mayonnaise and 1.5-liter Coca-Cola. In the first case, while in the two mini markets and in the super Chinese the price is $504; In the larger range, $510 and $515, it costs $236, a 118% difference between that price and the most expensive one. In turn, in the case of soft drinks, the prices offered were $297 in one store, $270 in the other; $250 at Chinese supermarkets and $146.10 at chains. It should be noted that the Classic line is in the care price list, and light No, but the fact that one participates in the program means that the other, which consumes less, has the same price.

The gap is widening when products include care value, as the program does not apply to local businesses. Too, Since the government-authorized increase for these items does not cover each month’s inflation, not even close, they are falling back and forth in relation to the rest., even those sold by chains in those categories. “This increases consumption of these products above the historical average and creates supply problems”, they highlight in this area.

When products include care prices, the gap becomes greater, as the program does not apply to local businesses.

Another example of a product that integrates Care Price is 360-gram Sancor Milk Cream. While it costs $296.64 in the chain, it costs $491 and $525, respectively, in the two surveyed neighborhood mini-markets. In this case, the difference climbs to 77 percent.

What makes the difference even more between local businesses and larger supermarkets are the promotions and discounts that chains typically offer. For example, a bottle of La Serenissima Long Life Milk costs $213 in one mini-market, $219 in another, and $211.95 on the chain’s digital platform. In other words, in this case the difference reaches 27%. But if the consumer decides to buy 4 units, the unit price drops to $158.96; in that case, gap increases to about 38%. And the same goes for many other products.

,The price difference between neighborhood businesses depends on when they buy, how they buy, where they do it and how marginalized they are., Comparing this with any range, the consumer will always find that a greater number of products in the range are cheaper, although there are usually some items where they make a difference. When we measure the price difference between channels, the discounts offered by the chains are affected because this is the price at which customers pay for the product, but we do not consider those cards due to certain bank promotions. that could improve the equation even more”, Del Rio said.

This survey also compared the price of a Chinese package of Fargo Whole Grain Bread, and found the cheapest, once again, at the chain, where it is $415.99. In other stores, they range between $470 and $520. And in the case of the 2-liter Classic Ayudín Bleach, the lowest price was found in a minimarket ($215), and the most expensive, in the series (269.99 pesos).

Food industry sources told infobae that “there is not that much disparity in prices between the chains—perhaps 3% to 4%—but The traditional channel has such a high degree of arbitrage that when the point of sale is reached, with the cost of transportation and logistics, which vary by region, the differences can be greater., Also, in times of inflation, all parties point to skepticism because they do not know how much later they will be able to buy the same goods, and this creates a complete disaster, which does not happen only in our region, but also in the economy. in all areas”.

The interest rate in Argentina is the highest in the world: how does it compare to other countries
Cuts Care: What are the new meat prices agreed upon by the government and producers
Govt asks agri exporters to enter USD 1,000 million next week
Deflation in Brazil: Price index marked -0.68% in July, steepest fall since 1980