Influential Minneapolis lawyer and son of Saint Paul David Herr has died at the age of 71. 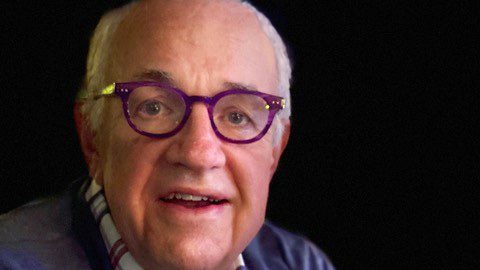 Professional, gourmet, mentor, and “crazy funny” are some of the words friends have used to describe David Fulton Guerr, a prominent Minneapolis attorney and Saint Paul resident.

Herr died on December 22 at the age of 71 after a six-month battle with ALS.

Herr’s 43 years of practice have had a significant impact on state law, according to the Maslon law firm, of which Herr was a partner. He is the author of over 15 treatises on Minnesota and federal law and has mentored hundreds of lawyers.

“It is no exaggeration to say that your books have had the greatest impact on the training of lawyers,” Eric Janus, President and Dean Emeritus of the Mitchell Hamline School of Law, told Herr at a recent memorial event. “Your books have been used by more than half of the lawyers in the US at one point or another in their careers.”

Herr was born on July 13, 1950 at the old Miller Hospital, now United Hospital, in St. Paul. He attended Linwood Park School, St. Paul’s Academy and graduated from Camarillo High School in California in 1968.

He earned a bachelor’s degree in geology, English, and political science and an MBA in finance from the University of Colorado at Boulder before moving to St. Paul to attend William Mitchell Law School, now Mitchell Hamline College of Law , receiving a doctorate in law. with honors in 1978.

He and his wife Mary Kay had two sons, Erland Akasha Truitt and Alec Fulton Herr.

He worked as a clerk in the Minnesota District Court while in law school, then began his career at the Minneapolis firm of Robins, Kaplan. In 1981, he began his 40-year association with Maslon in their litigation group, where he became a respected appellate lawyer, complex litigator and managing partner. He regularly represented cases in the Minnesota Courts of Appeals and the Eighth U.S. Circuit Court of Appeals.

Eric Magnuson, a former Chief Justice of Minnesota who had known Herr from his law school days when they were both clerks in the Hennepin County District Court, called him “an excellent appellate lawyer” and “an experienced and knowledgeable litigation lawyer.”

“David has made Maslon better because of the quality of his advocacy, his role in the management of the firm, and his ongoing support for young lawyers in the firm,” said Mike McCarthy, chairman of the firm’s Governance Committee.

At a celebration of Herr’s lifetime achievements on December 3, Governor Tim Waltz called Herr a “visionary” and “a giant in the legal profession.”

Herr was a life member of St. Paul’s House of Hope Presbyterian Church, where a memorial service is scheduled for the spring. Those wishing to honor his memory are invited to make a commemorative gift to the Minnesota ALS Association or the United Hospital Foundation.

$3 million fined for mismanagement of waste at Cottage Grove facility

S Korea will lift most virus restrictions as Omicron slows down

Pence reportedly to condemn Putin ‘apologists’ in the GOP