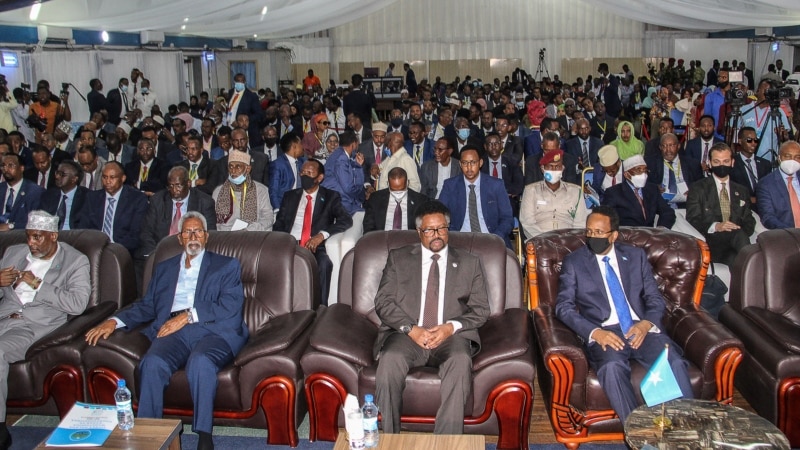 Somali leaders have agreed to hold the long-pending parliamentary and presidential elections by February 25. Somalia’s international allies welcomed the deal on Monday, but a political standoff between the president and prime minister has some Somalis still skeptical.

According to the prime minister’s spokesman Mohamed Ibrahim Moalimu, all those involved in the electoral process must respect the rules to proceed.

He said that in order to secure closer coordination of the electoral body, the National Advisory Council calls upon the various levels of the Election Management Agency to respect the rules and regulations as per the existing electoral agreements. He said that the Council reiterates its respect for the 30 per cent quota of seats to be reserved for women in the ongoing process.

Indirect elections were due more than a year ago, but were delayed due to controversies over how they would be conducted. More recently, President Mohamed Abdullahi Mohamed and Prime Minister Mohamed Hussein Robley have been at odds over electoral procedures, which has escalated political tensions.

Residents of the capital Mogadishu, who have seen tensions over the election impasse, have welcomed the deal.

Leiban Mohamed said that the new agreement is great because it brings together both the Somali leadership and the people and we pray for its continued implementation.

However, many analysts are skeptical about the deal, especially the timeline.

Omar Abdul is a political analyst and lecturer in political science and international relations at Simad University in Mogadishu.

The deal is generally welcomed, he said, but it would face three main challenges, including a 45-day deadline to conclude parliamentary elections. secondly, the dispute resolution committee where the differences between the President and the Prime Minister began; And the third agreement does not make it clear who will choose the tribal leaders, which will result in subsequent conflict.

The United Nations Office in Somalia has urged Somalia’s leaders to avoid provocations that risk new tensions or conflict and focus on quickly delivering a credible electoral process for the benefit of all.