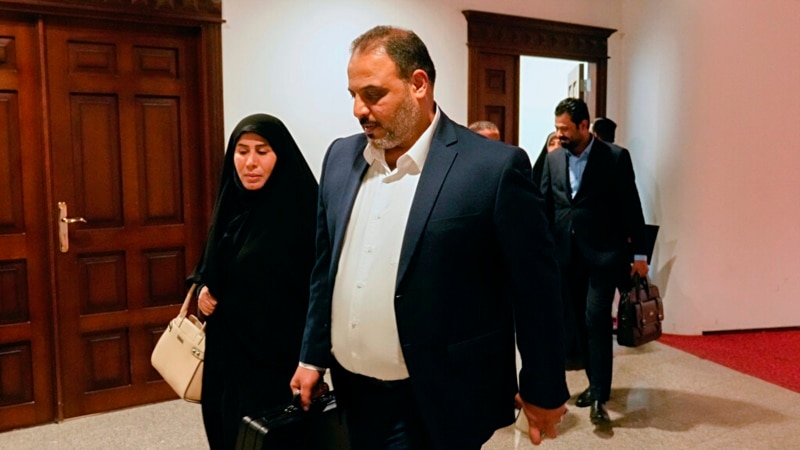 Iraqi lawmakers on Wednesday failed for the third time to elect a new national president due to a lack of a quorum, officials said, prolonging the war-torn country’s political crisis.

The persistent failure by parliament to elect a president after last year’s election reflects a deep rift between Shiite political groups, with one bloc boycotting proceedings.

Iraq’s federal court has given lawmakers until April 6 to elect a new president.

If that deadline is missed, political scientist Hamza Haddad said, “we can reach a point where new elections are decided to break the deadlock.”

The judiciary can only determine “a violation of the constitution” and can take no initiative to break the political stalemate, according to legal expert Ahmed al-Soufi.

A parliamentary source told AFP that only 178 out of 329 lawmakers were present in parliament on Wednesday, far too few of the two-thirds quorum required for the vote.

As in the previous two aborted votes, last Saturday and February 7, Wednesday’s sitting was boycotted by a large Shiite coalition bloc in parliament.

Six months after the October 2021 legislative elections, Iraq still does not have a new president or prime minister, keeping the country in a state of political paralysis.

Members of parliament must first elect the head of state, by convention a member of the Kurdish minority, with a two-thirds majority. The president then appoints the head of government, a post still held by Mustafa al-Kadhemi, who headed the previous government.

Among the 40 candidates for the presidency, two are considered the forerunners: incumbent Barham Saleh of the Patriotic Union of Kurdistan (PUK) and Rebar Ahmed of the rival Kurdistan Democratic Party (KDP).

Iraqi politics were rocked after October’s election, which was marked by a record low turnout, threats to the vote and violence, and a month-long delay before the final results were confirmed.

The largest political bloc, led by the ardent Shiite cleric Moqtada Sadr, supported Zebari for the presidency before transferring his support to Ahmed.

The failed votes in parliament underscored the gap in Iraqi politics between Sadr, the general election’s big winner, and the powerful coordination framework, which the boycotts called for.

Sadr intends, along with Ahmed’s support for the presidency, to entrust the post of prime minister to his cousin and brother-in-law Jaafar Sadr, Iraq’s ambassador to Britain.

That prospect is distasteful to the Coordination Framework.

Sadr on Wednesday ruled out any compromise and warned that a consensus government would spell the “death” of Iraq.