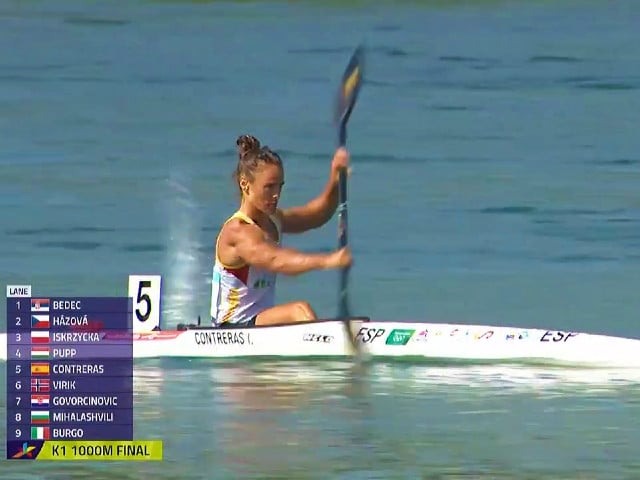 Isa Contreras has won a bronze medal at the European Canoeing Championships in Munich. Club Los Delphines’ paddler finished third in a very close final in the K-1 1,000m Test, which is decided by the thousandth and in which the Mackerel sportswoman showed her level with a spectacular final that is valid to hang on to the bronze.

After finishing eleventh at the World Cup in Canada a few weeks ago, Isa Contreras has changed her distance (from 500m to 1,000m), something that makes this bronze medal won by an athlete from our city at the championships even higher. gives qualification. Munich to Europe. The paddler from Club Los Delfins, who finished second in the World Cup and eleventh in the World Cup, ends an outstanding season with this medal.

From Ceuta to Europe. @isacontrerasrod The bronze medal hangs in the K1 1000.

The trial has been exciting, with a very tight end not being suitable for heart patients. Issa Contreras won the bronze medal by a margin of 7 hundredths over Croatian Anamaria Govorsinovi in ​​the final dominated by Hungarian Noemi Papp, the champion, with a time of 4:0.276.

Ceuta Canoist grabbed the podium position from the middle of the route and, although the Croatian attacked with all his might in the final stretch, Isa was able to finish third, 1,143 behind the winner. The silver medalist was Polish Justyna Iskrzycka, who was 266 thousandth behind Noemi Pupp.

Isa Contreras made history for Ceuta’s sport and with a stunning bronze medal to close an outstanding campaign for club Los Delphines.