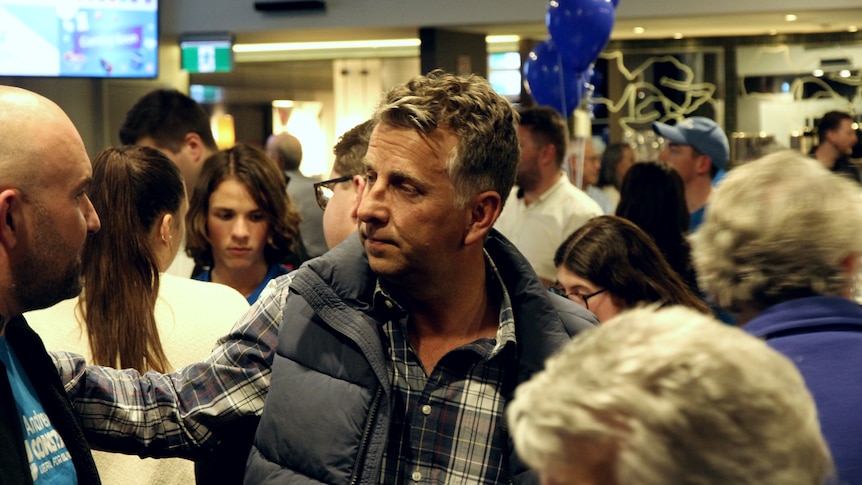 The marginal New South Wales seat of Gilmore remains in the balance with a result not expected for several days.

He said early indications were positive but a large portion of pre-poll votes meant it was too soon to know if he had won.

“It is time to pull out the armchair for the next few days because we are not going to know a result any time soon,” he said.

Major booths at Batemans Bay and Nowra are still to be counted.

Catch up on all the news about the 2022 Australian federal election from Sunday, May 22, in our blog

Not a ‘push over’

Gilmore was the only seat taken from the Coalition in 2019.

“While I think it’s going to be a nervous wait for the next few days, I am up for it,” she said.

“I think that my opponent thought that maybe this seat would be a push over, but I think we have shown that that is not the case.”

She said the commitments she made during the campaign would be met, regardless of the result.

“They will be delivered by an Albanese Labor Government,” she said.

Further north in the seat of Whitlam, Labor’s Stephen Jones retained office despite a slight swing away from the party.

Results showed 3.3 per cent of his vote had been stripped.

“We have a big job of work to do and I’m just so grateful to the people of Whitlam for returning me and the people of Australia for putting their faith in an Albanese Labor Government,” Mr Jones said.

He said the country had experienced a “tectonic shift”.

“It’s a clear message from Australia they want to put the ‘climate wars’ of the last decade behind us,” he said.

He said Australians wanted serious action on climate change and an anti-corruption commission at the federal level.

Mr Jones, a shadow minister for financial services, received a shout out from Labor leader Anthony Albanese in his acceptance speech on Saturday and was told as part of the economic team he would need to “start work on Monday”.

Mr Jones said he expected to remain on the front bench and would like to keep the key economic portfolio.

“I have really loved working in the area of ​​financial services, superannuation, in the assistance treasury role,” he said.

“I would be delighted if Anthony allocates that portfolio to me… that’s what I would hope to be doing.”

Liberal incumbent Angus Taylor held Hume but suffered a 5.4 per cent swing against him with 60 per cent of the vote counted.

Mr Taylor will lose his ministerial roles after the concession delivered by Scott Morrison.

It is unclear whether Mr Taylor is in contention for the opposition leadership position after leader Scott Morrison announced plans to hand over the reins at the next party room meeting,

Labor’s Alison Byrnes will be the next member of parliament in Cunningham.

A member of the party since she was 16, she spent the past 17 years working for the ALP.

That included being a staffer for former Cunningham MPs Sharon Bird and Steven Martin as well as former Labor leader Mark Latham.

With 77 per cent of the vote counted Ms Byrnes had recorded a primary vote of 40.3 per cent and suffered a 6.3 per cent swing against her.

The Greens had picked up 21.8 per cent of first preference votes, recording a strong swing towards them of 6.8 per cent.