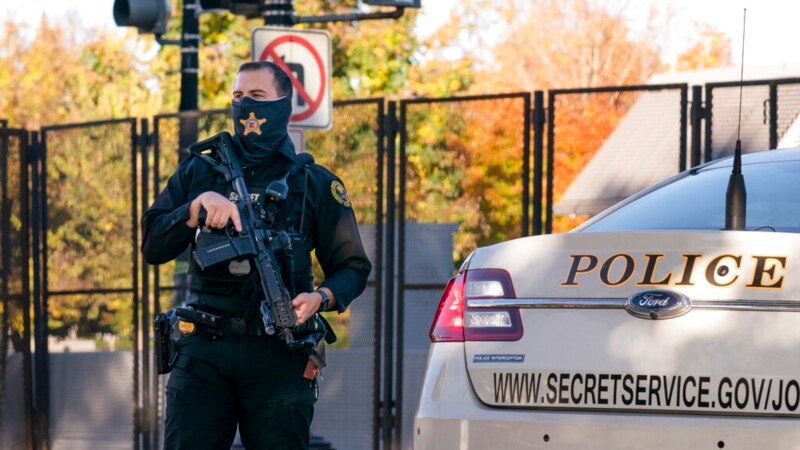 The US House committee investigating the Jan. 6 assault on Capitol Hill said late Friday that it had subpoenaed the Secret Service for questions about missing text messages from the days surrounding last year’s unrest.

Department of Homeland Security (DHS) Inspector General Joseph Cuffari told Congress earlier this week that his office has had trouble obtaining text message records from the Secret Service, the law enforcement agency that protects to the president, from January 5. and January 6, 2021.

Rep. Bennie Thompson, chairman of the Jan. 6 committee, told agency director James Murray in a letter Friday about the subpoena forcing the Secret Service to turn over the missing texts by Tuesday.

“The Select Committee is seeking the relevant text messages as well as any after-action reports that have been issued from any and all USSS divisions pertaining to or in any way related to the events of January 6, 2021,” the letter, posted on the committee’s website, said.

The messages could be important in investigations by the House of Representatives and the Department of Justice into whether Donald Trump and his associates encouraged the deadly insurrection of the former president’s supporters, which sought to prevent the certification of his Democratic rival Joe Biden as the winner of the elections. November elections. 2020 elections.

Secret Service agents were with Trump during the day of the uprising and also with Vice President Mike Pence, who went into hiding on Capitol Hill after pro-Trump protesters called for him to be hanged.

On June 29, a former White House employee told the January 6 House inquiry that Trump had tried to force the Secret Service to bring him to Capitol Hill to join his supporters that day.

According to Secret Service spokesman Anthony Guglielmi, the agents’ phones were wiped as part of a planned replacement program that began before the DHS Office of Inspector General (OIG) first requested the data, six weeks after the insurrection.

“The Secret Service notified the DHS OIG of the loss of data from certain phones, but confirmed to the OIG that none of the text it was looking for had been lost in the migration,” it said in a statement.

The Secret Service has been criticized for failing to adequately anticipate the threat of violent action by armed Trump supporters on January 6.

Trump had named a top Secret Service official at the time, Tony Ornato, his personal deputy chief of staff.

Ornato has denied the account given to the committee on Jan. 6 by former Trump adviser Cassidy Hutchinson that Trump tried to force the Secret Service to take him to Capitol Hill as his supporters gathered in the building, the seat of the US Legislature.

But other White House officials at the time have backed up Hutchinson’s story.

US sends weapons to Ukraine again, this time to counterattack – Nation World News

US and Italy agree on NATO’s northern expansion

US House Speaker Nancy Pelosi to visit Taiwan in August