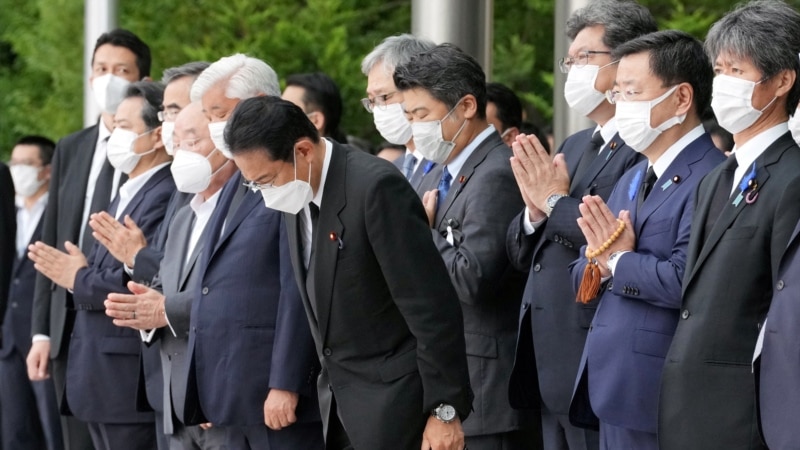 Dozens of ordinary people lined up outside Tokyo’s Zojoji Temple to bring flowers and other tokens of respect for Abe, who was shot dead last Friday in the western city of Nara during a campaign rally. Many of the mourners wept as they bowed in prayer in front of the temple.

Zojoji Temple was the site of a private ceremony for the 67-year-old Abe, which was limited to only his close friends and family. Abe’s coffin was then removed from the temple and placed in a hearse for a long procession through central Tokyo to Kirigaya Funeral Hall for cremation with thousands of residents lining the route to say goodbye.

Read Also:  Looks like a banana tree at a glance, it is a powerful way to treat strelitzia, easy care for beginners - Urban Bandung

The hearse was scheduled to pass several landmarks in Abe’s political career, including the prime minister’s official office, the Parliament building and the headquarters of his Liberal Democratic Party.

The suspected gunman in Abe’s murder, Tetsuya Yamagami, 41, was arrested immediately after he shot the former prime minister.

Japanese media say Yamagani, a former member of the country’s Self-Defense Forces, wanted to kill Abe because he believed he was part of an unspecified religious group that he blamed for his mother’s financial ruin.

The Unification Church, a global religious movement founded in South Korea in the 1950s by the late Rev. Sun Myung Moon, confirmed Monday that Yamagami’s mother was a member, but did not comment on any donations she may have made.

Read Also:  The second part of the Florida launch tower for SpaceX's giant Super Heavy and Starship rockets lifted off on top of the first tower segment on Thursday.

Some of the information for this report came from The Associated Press, Reuters, Agence France-Presse.