Jess Frederick: Best wild team ever? not anymore. no anymore. 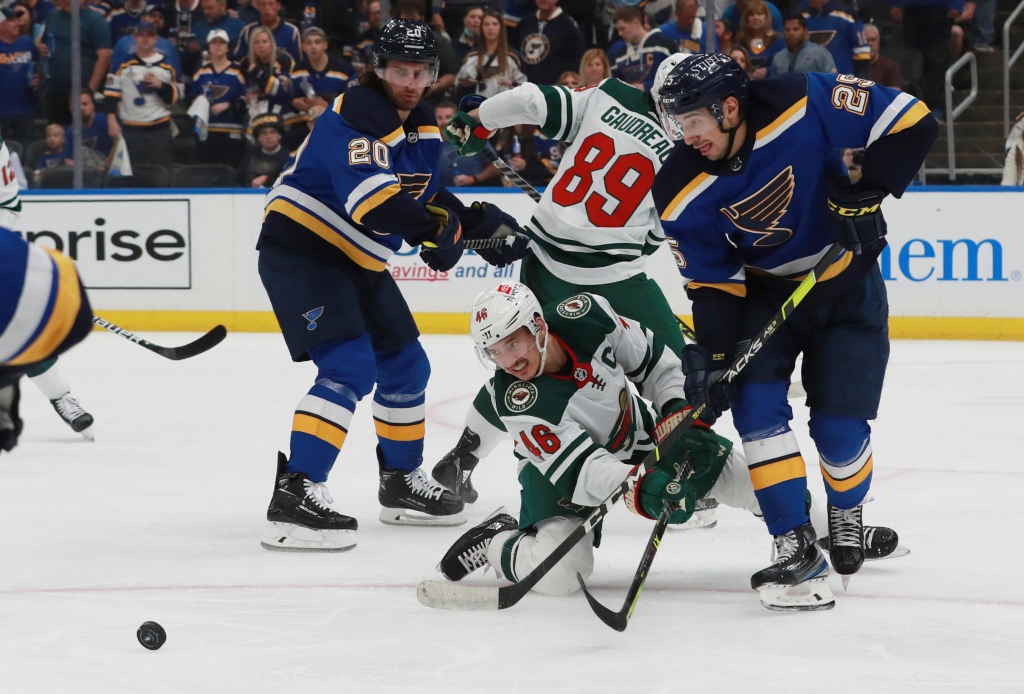 There was much discussion late in the season about this wild team and whether it was the best version of the franchise in history. There were certainly arguments to be made.

You probably know the numbers by now. The 113 points and 53 wins compiled during the campaign were a franchise record by a wide margin. The roster seems to be the most talented of any Wilde team, led by Kirill Kaprizov, who has already made a strong case for becoming the best player in Wilde’s still relatively brief existence.

But the best team in franchise history? not anymore.

Not after St. Louis lost in the first round in six games, Thursday was capped with a massive 5-1 loss.

Now the 2021-22 Minnesota Wild will be remembered in the same way as many of their predecessors: a regular-season team that dropped out too early in the postseason.

“Those are not the milestones we’re looking for,” Wilds general manager Bill Guerin said in April. “As I’ve talked about throughout the year, there are high hopes here, and making the playoffs is good, but it’s not enough.”

Maybe that’s not fair in the NHL, where the difference between teams is so subtle that the margin for error is almost always zero. You outshine your opponents to try to increase your chances of winning by perhaps 75 percent, so hope luck favors your efforts.

But this is a reality in pro sports. You are not judged by who you have, but by what you do – and, especially, what you do when it matters most.

And in that all-important column, Wilde logged another zero.

Perhaps the wild teams of the future will finally make the leap in May. There is reason to believe that this will happen. Kaprizov is a player capable of leading a team to as many rounds as he almost did in this series.

Also armed with the likes of Kevin Fiala, Joel Eriksson Eck, Jordan Greenaway and Matt Boldy, this team has enough talent to score deep playoff runs. But it was the same tune everyone was singing after last year’s first round exit: Good weather, good future. Wait till next year.

The team, whose core was a year younger and less experienced, took on a better Las Vegas team before being eliminated in seven games. That defeat felt more like a beginning than an end—like a learning experience that had to be absorbed before future progress.

“Next year” has come and gone, nothing more than a whisper.

What were your experiences over the past year when you didn’t prepare Minnesota for a game like Thursday at a packed barn in St. Louis against an experienced team? Wilde looked like he had never played in such an environment on Thursday.

The Blues took an early lead, then closed Wilde’s doors to slam the coffin on Wilde’s playoff life in the deciding second period.

All of Guerin’s “win now” moves during the season proved largely ineffective when it came time for him to really catch up. Minnesota never reappeared like it was.

The definitive statements that were made last spring now feel, at best, like expectations.

Next year’s seemingly inevitable playoff appearance will be full of pressure. These guys can’t bow down in the first round again… can they? This is the reality that Wilde created for himself. Time will tell if they can handle it. Recent results indicate something else.

Marion Gaboric, Richard Parks and Andrew Brunet might not have drank a bottle of champagne in celebration of Thursday’s wild defeat, but they could. Unless a Wild team shows the effort and perseverance needed to make a legitimate postseason push, the 2003 mystery proceeds like a magical myth that, at this point, doesn’t seem worth copying.

The lightning trapped in that bottle went out to sea long ago, and Wilde hasn’t traced it since.

Wait, maybe that’s not fair… at least those other guys won a series.