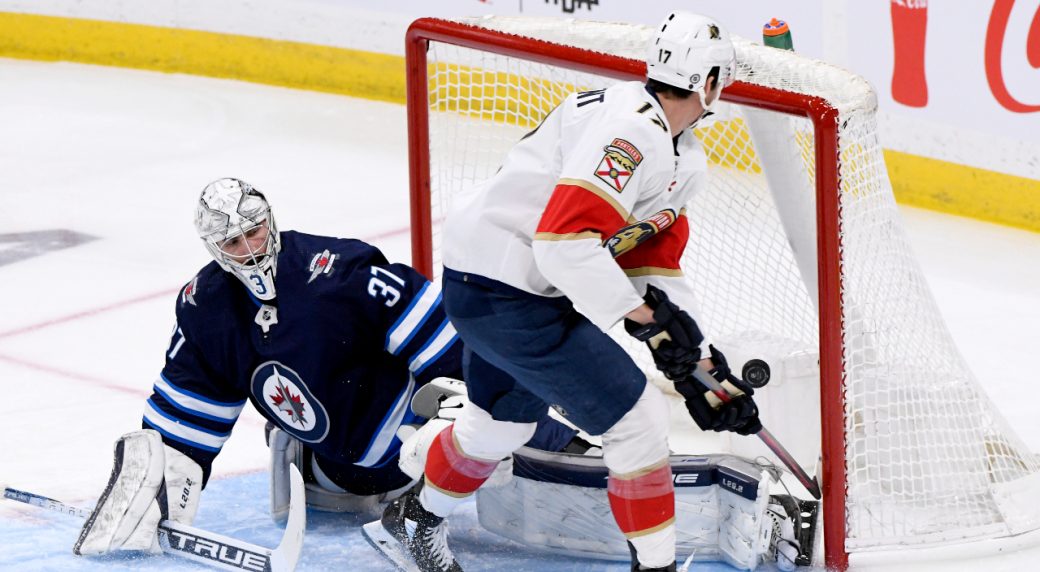 WINNIPEG — Mason Marchment scored twice and added an assist as the Florida Panthers defeated the Winnipeg Jets 5-3 before 250 fans on Tuesday.

The Jets, who had their winless skid extended to five games (0-3-2) were playing at Canada Life Center for the first time since Dec. 19. They had eight straight road games after that related to the COVID-19 pandemic.

Only a maximum of 250 fans were allowed Tuesday under health orders that expire Feb. 1. Canned crowd noise was played during the game to add to the sparse crowd seated on one side of the rink.

Marchment’s linemate, Anton Lundell, had a goal and assist. Carter Verhaeghe and Sam Bennett also scored for the Panthers (29-9-5). Sam Reinhart and Aaron Ekblad each collected a pair of helpers.

Sergei Bobrovsky made 32 saves for Florida, which ended a five-game road trip going 3-2-0 and are 8-6-5 overall away from home this season.

Winnipeg learned just before the game that top-pairing defenseman Josh Morrissey was placed in COVID protocols after testing positive earlier in the day. He joined forward Dominic Toninato and assistant coach Charlie Huddy.

Florida led 3-2 after the first period with Marchment stealing the show.

The 26-year-old son of former NHL player and Jets defenseman Bryan Marchment gave the visitors a lead at 2:09 when he deflected in a shot by Lundell for his third goal of the season.

Stastny tied it up six minutes later off a rebound, but Marchment regained the lead at 12:06.

Connor made it 2-2 just 51 seconds later with a close backhand that went by Bobrovsky for his 23rd goal of the season.

Read Also:  In less than 24 hours, CollingwoodToday's online pop-up store in support of My Friend's House sold out

The Panthers broke the tie at 17:33 when Marchment’s shot went off Lundell into the net.

The Jets tied it up on the power play 3:30 into the second after Cole Perfetti went around a fallen Panther at the side of the crease and passed the puck quickly to Dubois out in front.

After coming up empty on their own power play a few minutes later, the Panthers went ahead 4-3 with Verhaeghe’s goal off a rebound at 9:42.

Marchment also drew a penalty when the native of Uxbridge, Ont., cross-checked Nate Schmidt. But Bobrovsky turned away two close-in Winnipeg shots to keep the lead.