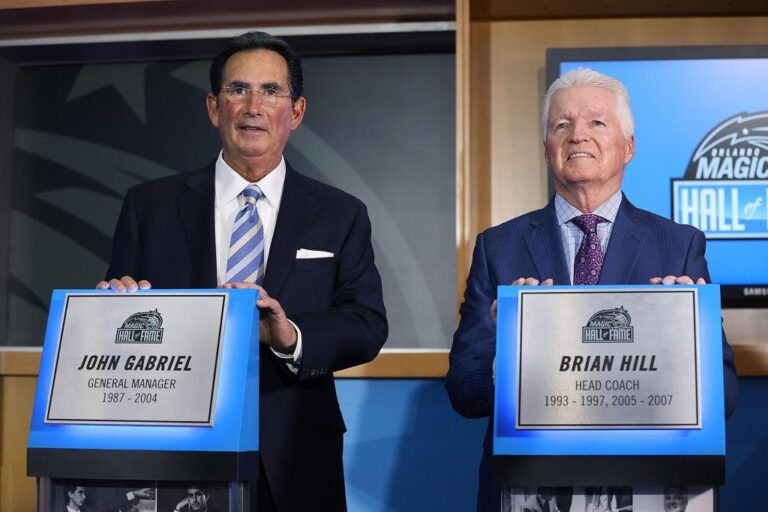 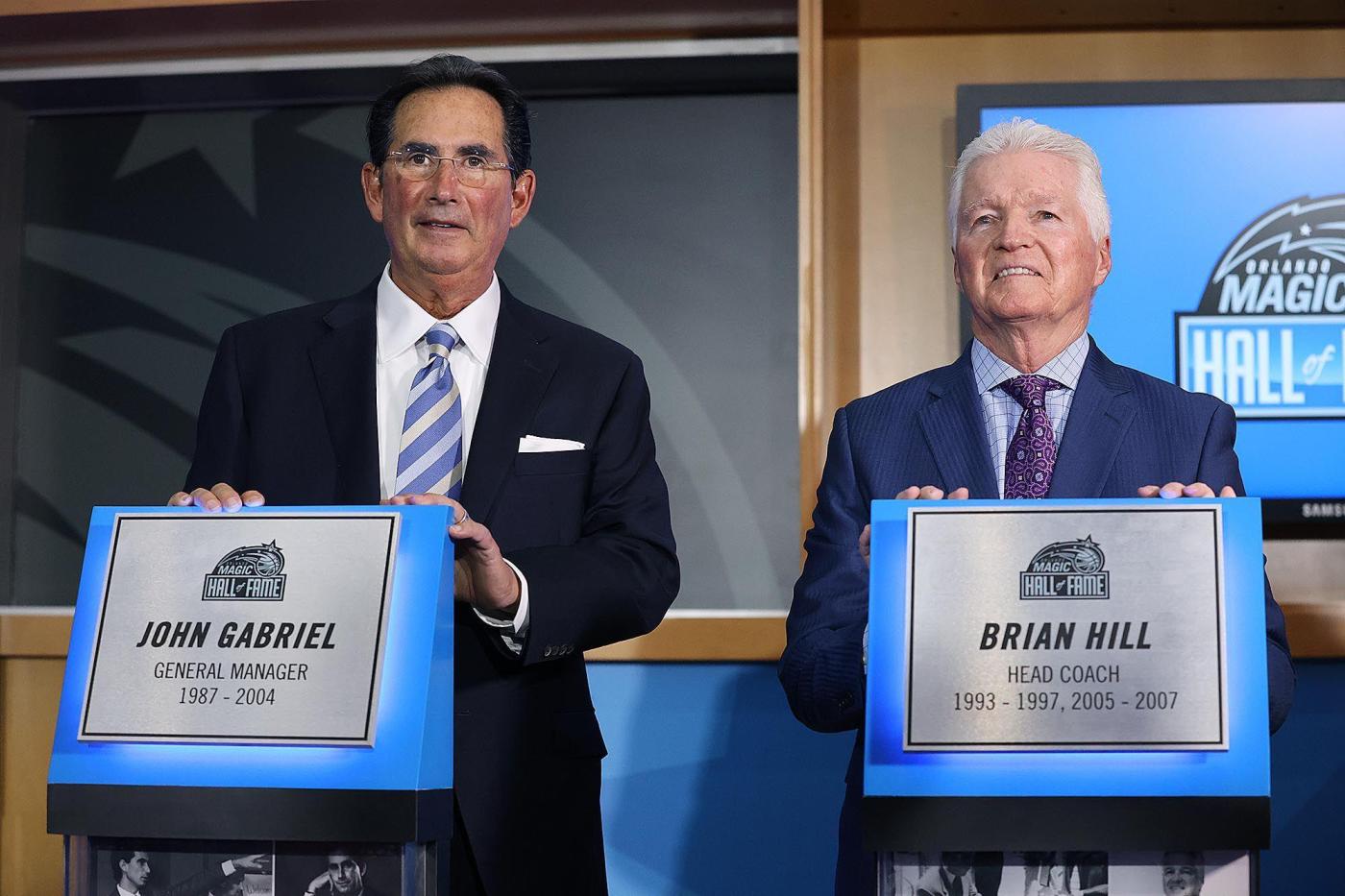 John Gabriel and Brian Hill were at the forefront of the Orlando Magic during the team’s most successful years, so it was completely appropriate for them to be recognized together for their contributions to the franchise’s history.

Gabriel, the former general manager, and Hill, the former head coach, were inducted into the Orlando Magic Hall of Fame ahead of Wednesday’s matchup against the Indiana Pacers.

“Together they formed what was one of the most successful periods in Orlando Magic history — in terms of wins, going to the NBA Finals and consecutive playoff appearances,” said Alex Martins, Magic chief executive officer. “It’s fitting the two of them go into the Magic Hall of Fame together.

“I owe a lot in my career to both of these gentlemen.”

The Magic qualified for the playoffs in five of six seasons during Hill’s tenures as coach, including the first four. Hill led Orlando to its first playoff appearance in 1993–94, two Eastern Conference Finals (′95, 96) and its first NBA Finals (′95).

“I’m honored and humbled by the experience,” Hill said. “I’ve always felt a special relationship with the organization even after I stopped coaching. Orlando’s home and I feel like this organization has always been home to me. It gave me the opportunity to coach some of the best players who’ve played in the NBA.”

Gabriel joined the Magic as the franchise’s first basketball operations hire in 1987 — two years before the team’s first game. He had multiple roles within the organization, including director of player personnel, director of scouting and an assistant coach before being named vice president of basketball operations/player personnel in January 1994. Gabriel was promoted to general manager in April 96, a role he had until March 2004.

He helped build the Magic roster that went to the 1995 NBA Finals. Orlando had 11 consecutive seasons with a .500-plus record (′92-2003) and made eight trips to the playoffs with Gabriel at the helm. Gabriel was named the NBA Executive of the Year for the 99-2000 season after acquiring Grant Hill and Tracy McGrady as free agents and signing Doc Rivers as the team’s head coach, who was named that season’s Coach of the Year.

“We’ve been through probably some of the sweetest and some of the toughest times together,” Gabriel said. “God put me around the right people. None of us get where we want to go on our own. There are always others. It’s a cliché, but it’s true.”

“We’ve benefited from their advice over the last several years as well,” Martins said. “Their longevity speaks for itself, their success speaks for itself and this is a fitting honor for them.”