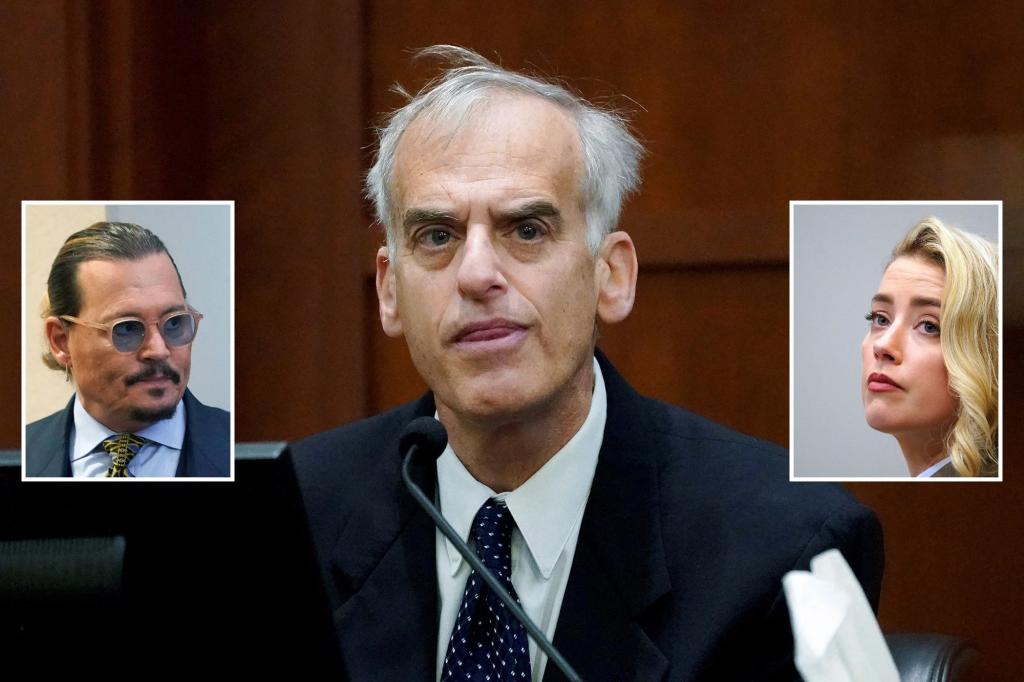 Are they in too Depp?

Dr. Spiegel testified that Depp “has behaviors that are consistent with someone that both has substance-use disorder as well as behaviors of someone who is a perpetrator of intimate-partner violence.”

When Depp’s lawyers questioned just how Dr. Spiegel could be sure of his conclusions without having contact with the 58-year-old movie star, the psychiatrist said he was denied.

After he testified, devout #JusticeforJohnnyDepp posters spammed Dr. Speigel’s medical page with negative comments and reviews, calling him “unprofessional” and an “idiot.”

“Based on his crazy testimony and strange behavior during the Depp-Heard trial, I fear for any patient in his ‘care,'” wrote one hater. “A narcissist, a fraud and an arrogant idiot.”

“Seems like you just wanted to be on TV. Rambled nonsense the entire time, dodged every question, extremely aggressive, ignoring, diagnosing people without even meeting them,” commented someone else. “Not to be mention calling Mr. Depp an ‘idiot.'”

Some reviews were screenshotted and posted to Twitter by NBC reporter Kat Tenbarge, which amassed nearly 25,000 likes on the platform, going viral.

But some Heard supporters were quick to bite back at the subpar reviews, saying he did a “fantastic job” testifying.

“All these one star reviews are not related to patient care,” commented one person. “They are opinions of viewers watching the Johnny Depp trial. Maybe find another place to vent your frustrations.”

“It was difficult to watch as Johnny Depp’s counsel mocked him throughout. It was like 8th grade bullies. Shameless. Unprofessional. Doctor Spiegel is a hero for speaking up for Amber Heard,” wrote another, who decried the internet hate Depp fans were spreading on the medical page.

But Dr. Spiegel isnt the first Heard witness to face backlash for taking the stand. Earlier this month, clinical psychologist Dawn Hughes received negative reviews on a WebMD page that featured her name and practice, according to NBC News.

Yet, on the WedMD page, it appears many reviews have since been deleted.

This isn’t Depp’s fans only very public display of fandom, though. They’ve been appearing in droves to supported the beloved actor, even camping out in front of the courthouse to secure a front-row seat in the courtroom. Some even spent upwards of $30,000 on travel expenses to witness the trail in person.

Tension between fans on both sides remains high as Heard supporters accuse Depp advocates of misogyny and sexism.

“All Amber’s moves on the stand are being dissected, and the victim-blaming going on right now means that if she cries, she’s acting, and if she doesn’t cry, then she wasn’t abused,” Sara, a Heard fan who wanted her last name withheld, told Insider. “It’s way bigger than just Johnny Depp and Amber Heard.”

Depp is currently suing ex-wife Heard, 36, to the tune of $50 million for defamation following the publication of Heard’s 2018 Washington Post op-ed. In it, she called her a “public figure representing domestic abuse.” While she never directly named Depp, he claims it cost him millions of dollars in work, devastating his career and reputation.

In 2020, Heard countersued Depp for $100 million, saying he defamed her when his lawyers told the press she had made up the abuse in.

US Mint launches quarter in honor of American women