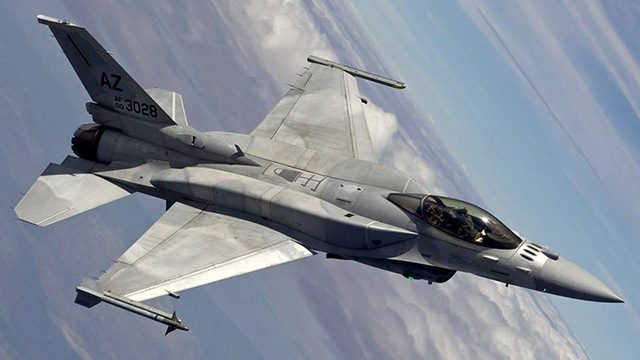 Washington — Another country wants to acquire the latest version of the 4++ generation F-16 Block 70 fighter, and that is the Kingdom of Jordan. The Middle East country has ordered eight fighters, but there is a problem: orders from Bahrain, Slovakia, Bulgaria, Morocco and Taiwan are waiting in the production line.

The production line of the F-16 has been moved in recent years to Lockheed Martin’s newly built production facilities in South Carolina. However, the United States has temporarily suspended production there and is not expected to resume until 2023. The first deliveries of the new aircraft are not expected until 2024 at the earliest.

The South Carolina plant has yet to complete the entire order. Last ordered and delivered to the Iraqi Air Force were 36 F-16IQ fighters, but they were built in Fort Worth, Texas. Meanwhile, 16 machines are to be built for Bahrain, 14 for Slovakia, 25 for Morocco, 66 for Taiwan and eight for Bulgaria. So Jordan’s order will not be fulfilled in the years to come.

Currently, Jordanian fighters include 59 F-16 – 44 A / AM versions and 15 B / BM versions. Jordanians can buy eight more than what is currently ordered, as US State Department approval covers sales of up to 16 units. [12 single and four double], The current order is half as small, probably for financial reasons, as it was for Bulgaria until recently.

Jordan’s order shows that interest in the Fighting Falcon is not waning and, as the manufacturer predicts, there will probably be hundreds of people willing to purchase hundreds of these planes. They are attractive in terms of value for money, especially after the creation of the Block 70/72 version and the F-16V package, which are based on solutions developed for the 5th generation F-35 aircraft and target detection. Allows to apply longer-range and precise air-ground classes using more modern types of weapons.

At the same time, Poland is interested in American F-16 Block 70/72 fighters because it is one of the countries producing elements for this fighter, which incorporates the production capabilities of the PZL Mielec plant.

Read Also:  A Promising Position for Every Bears 2022 Draft Pick

PZL Mielec provides the rear and middle parts of the fuselage, cockpit design, cockpit side panels and front equipment for all F-16 fighter aircraft produced. Following their production, Mielec components will be transferred to the Lockheed Martin finish line in Greenville, South Carolina.

Follow us everywhere and anytime. BulgarianMilitary.com has a responsive design and you can open the page from any computer, mobile device or web browser. For more up-to-date news, follow us on Google News, YouTube, Reddit, LinkedIn. Twitter and Facebook page. Subscribe to our newsletter and read our stories in News360App in the Appstore or GooglePlay or in FeedlyApp in the Appstore or GooglePlay. Our Standards: Manifesto and Ethical Principles,